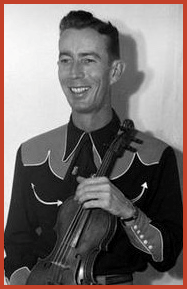 Born on November 28, 1914, in Bellevue, Texas, Cecil Brower was one of the creative forces behind the early development of Western Swing and forged the genre's fiddle style. The only child of Vera and Hubert Brower, he moved with his family to San Pedro, California, but the family eventually moved back to Texas and settled in Fort Worth in 1924, where he graduated from Polytechnic High School. At the insistence of his father, Brower took formal violin lessons from classical violinist Wylbert Brown, a member of WBAP radio's studio orchestra. A fellow student was Kenneth Pitts, and they would eventually play together in the Southern Melody Boys and the Light Crust Doughboys. His father, Hubert, insisted he properly learn to master the instrument, so he received formal violin lessons. Brown later said the early classical training he gave Brower was a distinct edge on other "hillbilly" fiddlers who had no understanding of the "bowing" technique.

Brower was a music major at Texas Christian University and played briefly with the Dallas Symphony Orchestra. In 1931 he joined the Southern Melody Boys, with Pitts, after working with the Junior Harmony Club. Both were influenced by the jazz of the day and by big bands. Brower's formal training provided him with a much more sophisticated technique than that of other "hillbilly" fiddle players and allowed him to improvise freely. The Southern Melody Boys were one of the first bands to feature improvised solos, which were modeled on the style of jazz violinist Joe Venuti. Brower was the first fiddle player to use Venuti's "double shuffle" bowing technique and taught it to fellow Texas fiddlers in the 1930s. Brower also learned more traditional forms of breakdown fiddling from Ocie Stockard, Jesse Ashlock, and Cliff Bruner, all of whom had worked with Brower in 1932-1936 in Fort Worth's hottest jazz string band, Milton Brown & his Musical Brownies. 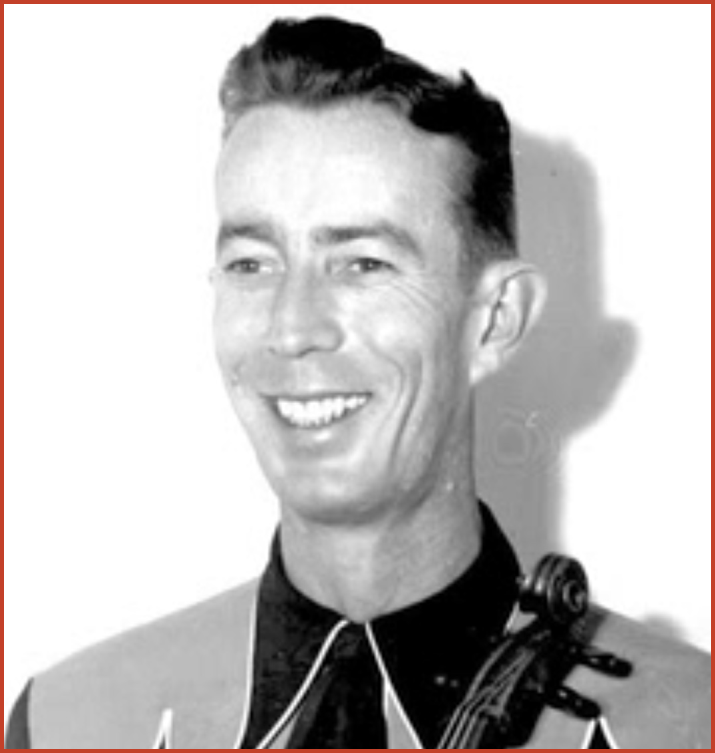 Brower joined Milton Brown's highly successful Musical Brownies in 1933, and his jazz-oriented influence began to shift the Brownies from being a hot string band to a pioneering Western Swing group. His style of playing became the model for Western Swing and together with talented Jesse Ashlock, they created the first harmonizing twin fiddle duet that would forever become an integral part of Western Swing. Brower developed it further with accomplished Houston fiddler Cliff Bruner, who joined the Brownies after Ashlock left in 1934 to play for Bob Wills & his Texas Playboys. Brower played on all of Brown's remarkable recordings from 1934 to 1936, when Brown's career abruptly ended when he died in a one-car accident on Fort Worth's Jacksboro Highway.

The Brownies played regularly in Waco, where Brower met breakdown fiddler Jeff Knight. They became good friends. On March 21, 1937, in Cleburne, Texas, Brower married Knight's daughter, Sybil; he had met her a year earlier at a dance at the Woodmen of the World lodge in Waco. 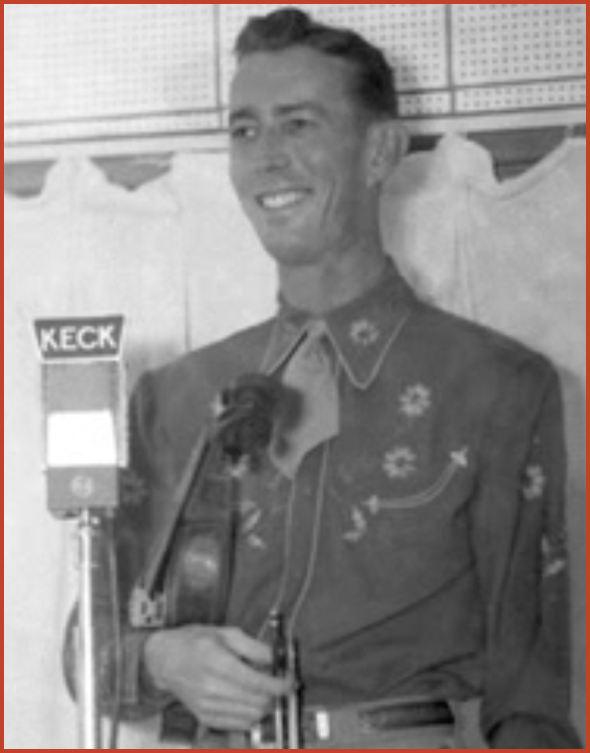 Brower departed from the Brownies several times-once to join Ted Fio Rito's orchestra in New York and twice to play with the Georgie Porgie Boys in Columbus, Ohio. "Georgie Porgie" was a breakfast cereal whose parent company sponsored hillbilly bands in the Northeast area. Former Doughboys fiddler Ted Grantham was playing with Hugh Cross and his Radio Gang on WWVA in Wheeling, West Virginia, and may have been instrumental in getting Brower the job. While playing with the Georgie Porgie Boys, Brower entered a fiddler's contest and won the trophy for being "The United States National Champion Fiddler for 1935".

Following Brown's untimely death in 1936, Brower left the Musical Brownies, who continued for a while under the leadership of Milton Brown's little brother Derwood. Brower then joined the music staff of radio station WRR in Dallas. He also played dance dates with Roy Newman and his Boys.

In October 1936 Brower was invited to record with Bill Boyd and his Cowboy Ramblers in San Antonio. In June 1937 Brower again recorded, this time with steel guitarist Bob Dunn. They had played together in the Brownies. That same week, Brower cut his only sides with Bob Wills & his Texas Playboys, reuniting him with former Brownie, Jesse Ashlock, on sessions recorded in Dallas. Among the titles were "Rosetta," "Mexicali Rose," "Ding Dong Daddy From Dumas," and the Wills Fiddle Band song "Sunbonnet Sue". 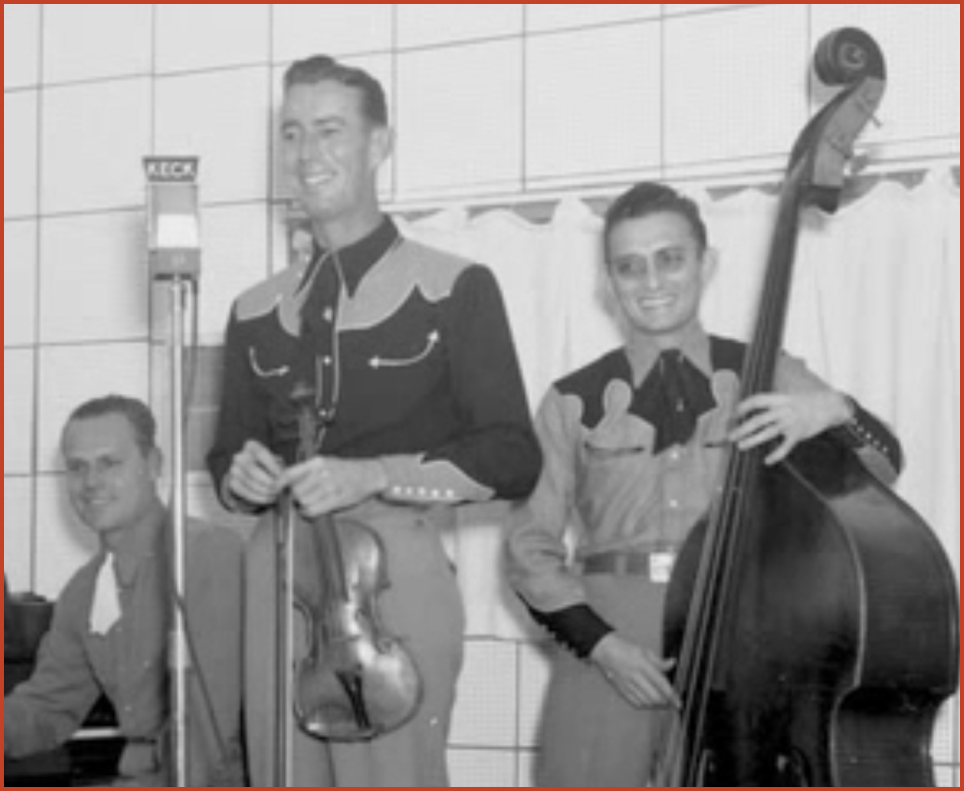 He then toured with Ted Fio Rito's orchestra and returned to Texas in 1939, when he joined the Light Crust Doughboys and replaced Buck Buchanan as a lead player in the group that featured Marvin "Smokey" Montgomery on banjo. He was also reunited with Kenneth Pitts, a longtime Doughboys member.

Brower stayed with the Light Crust Doughboys until 1942 when he joined the Coast Guard for the remainder of World War II. He served until 1946 and then returned to his music career, playing with the Fort Worth Hi-Flyers briefly before forming his own band in 1947, Cecil Brower's Cowboy Band, in his hometown of Fort Worth. He moved the band to Odessa, Texas in 1948 and renamed it Cecil Brower & his Kilocycle Cowboys. They played Odessa's Oasis nightclub and on radio station KECK. In 1949 Brower joined steel guitarist Leon McAuliffe's band in Tulsa and then played with Al Dexter & his Troopers from 1949 to 1951. He joined Patsy Montana ("I Wanna Be A Cowboy's Sweetheart") and her Parnders, and then worked with the Coffee Grinders, who were actually the Light Crust Doughboys performing under a temporary name change.

In 1955 Brower became a member of the ABC-TV's Ozark Jubilee, broadcast from Springfield, Missouri. The program became Country Music Jubilee in 1957 and was renamed yet again in 1958 as Jubilee, U.S.A. Brower worked with such notables as Red Foley, Patsy Cline and Johnny Cash. In 1960 Brower was playing with the Bob Bohm Trio, a Fort Worth-based group. Then came a move to Nashville, where his jazz swing fiddle work made him a busy session musician. He recorded with such stars as Elvis Presley, Patsy Cline, Roy Orbison, Marty Robbins and Loretta Lynn, among others. 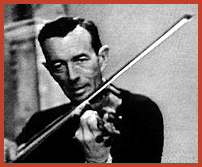 Brower joined Jimmy Dean's band in 1963 and appeared with him on the ABC-TV series, The Jimmy Dean Show. Brower played with Dean at New York's Carnegie Hall on November 21, 1965. At a party at the Waldorf Astoria following the concert, Brower died suddenly from a perforated ulcer. He would have celebrated his fifty-first birthday the following week.