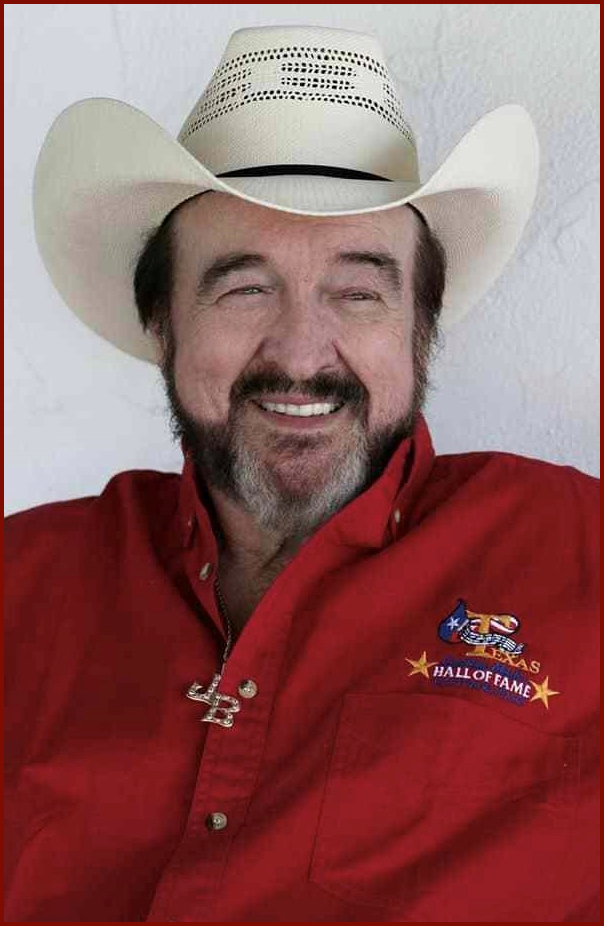 Johnny Bush (born February 17, 1935 as John Bush Shinn III in Houston, Texas and died on October 16, 2020) was a western swing and traditional Texas honky tonk singer, songwriter, guitarist and drummer. Bush, nicknamed the "Country Caruso," was best known for his distinctive Ray Price-like vibrato voice and as the writer of "Whiskey River," a top-ten hit for himself and also recorded by Willie Nelson as one of his signature songs. He was immensely popular in his native Texas where traditional honky tonk and western swing still reign supreme. 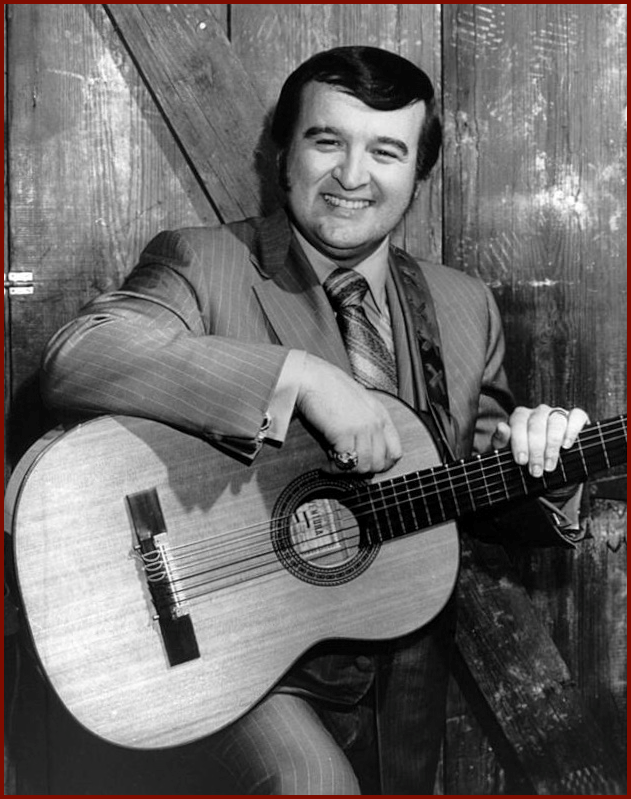 Born in the blue-collar Houston suburb of Kashmere Gardens, Bush grew up listening to the Western Swing music of Bob Wills & his Texas Playboys and Texas Honky Tonk artists Ernest Tubb, Lefty Frizzell, Webb Pierce and Hank Thompson. Thanks to a disc jockey uncle, Bush got a taste for performing in Houston at various live venues. In 1952 he moved to San Antonio, Texas, where he began a solo career in the central and south Texas are honky-tonks and dancehalls before switching to drums. It was during this period that he earned his stage name, when an announcer mistakenly introduced him as "Johnny Bush." As a drummer he worked for various Western Swing bands like the Mission City Playboys, the Texas Plainsmen and the Texas Top Hands. 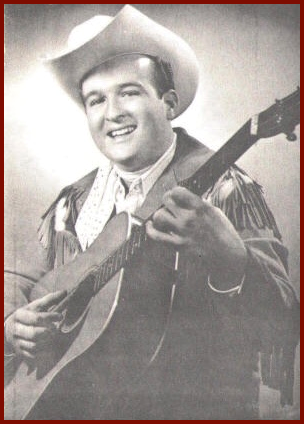 In 1963, Bush joined Ray Price's band, the Cherokee Cowboys along with a young Willie Nelson and Darrell McCall. His association with Price led Bush to Nashville and a contract to sing for record demos. He also played in Nelson's band, the Record Men. With Nelson's financial backing, Bush recorded his first album in 1967, The Sound of a Heartache. 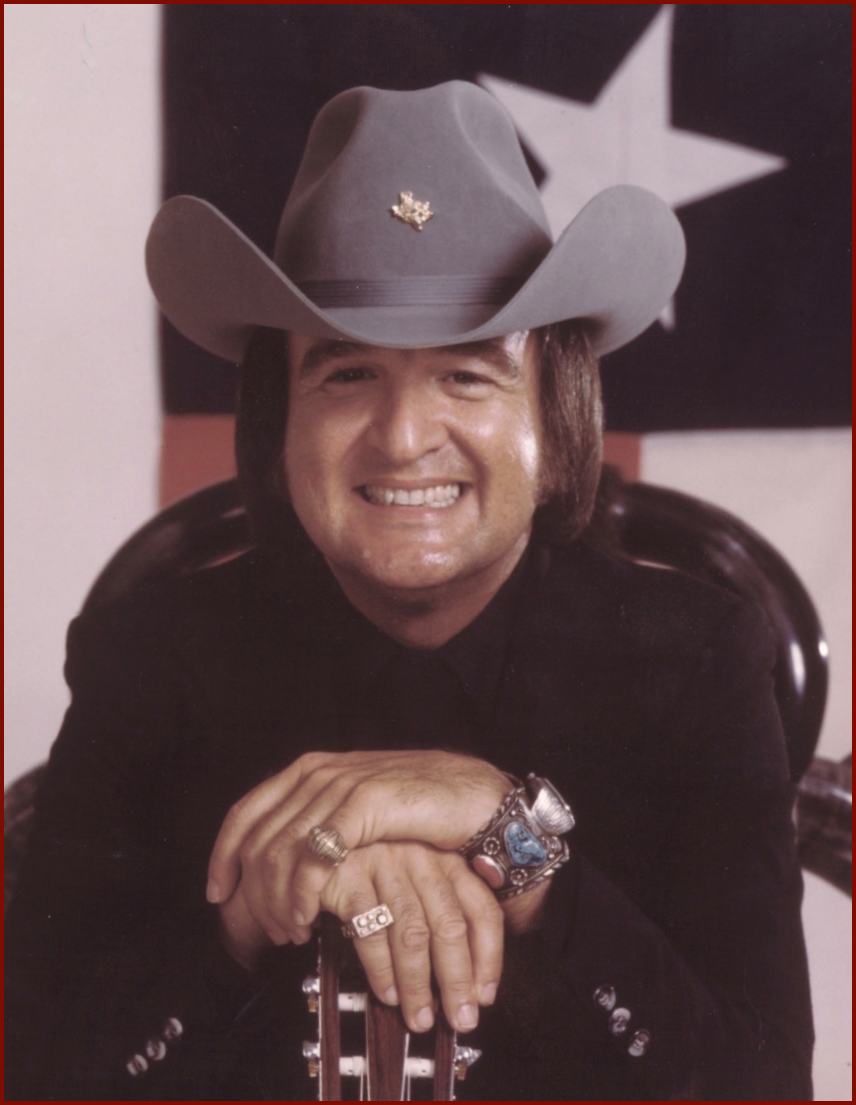 A series of regional hits on the Stop label, including Marty Robbins' "You Gave Me A Mountain", "Undo the Right", "What A Way To Live" and "I'll Be There", soon followed. Rock critic Robert Christgau said that Bush's version of "You Gave Me A Mountain" "brings a catch to the throat and a tear to the eye." These songs did well in Bush's native Texas, and reached the national top twenty. In 1972 he was signed to RCA Records, whose Nashville division was helmed by legendary guitarist Chet Atkins. His first RCA single, "Whiskey River," was climbing the charts with airplay on countless radio stations when his voice began faltering. Bush even felt he was being punished by God for his sins. Bush has since said: "I thought because of my promiscuous behavior and bad choices and being raised as a Baptist, that it was a punishment from God." 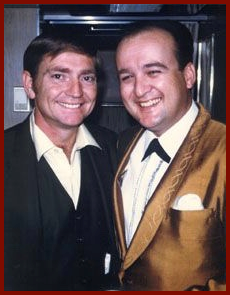 Bush lost half of his vocal range and was sometimes unable to talk. RCA dropped him in 1974 after three albums, he developed a drug habit, and was often stricken with performance anxiety from fear of his faltering voice when he was able to perform at all. After several misdiagnoses, doctors finally found the cause in 1978 when they discovered he had a rare neurological disorder called spasmodic dysphasia. Although this did not prevent him from recording, Bush's career began to take a downturn. He then worked tireless months with a vocal coach in 1985, and was able to regain seventy percent of his original voice. 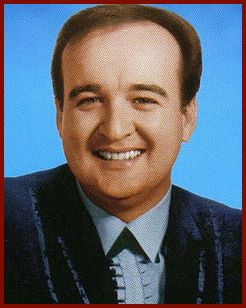 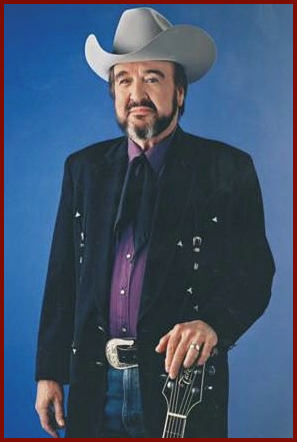 Several albums on local Texas labels soon followed. His renewed visibility made him a mentor figure to younger Texas Traditional Country musicians like Justin Trevino, Tommy & Jake Hooker, Kelly Spinks and Landon Dodd, who revere the honky-tonk/hardcore Texas country sound that Bush has long fought to keep alive. Austin musicians like Dale Watson and Cornell Hurd also sought him out to play on their albums. In 2003, he was inducted into the Texas Country Music Hall of Fame with his lifelong friend Willie Nelson on hand to induct him. In 2007 he released his autobiography, with the aide of Rick Mitchell: Whiskey River (Take My Mind): The True Story of Texas Honky-Tonk, published by University of Texas Press. A new album, Kashmere Garden Mud: A Tribute to Houston's Country Soul was released on the Icehouse label at the same time. 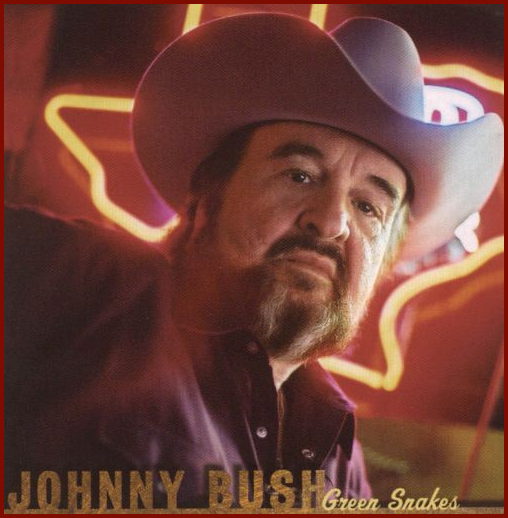 Bush was able to achieve a remarkable career revival with the success of Botox treatments on his stressed vocal chords. 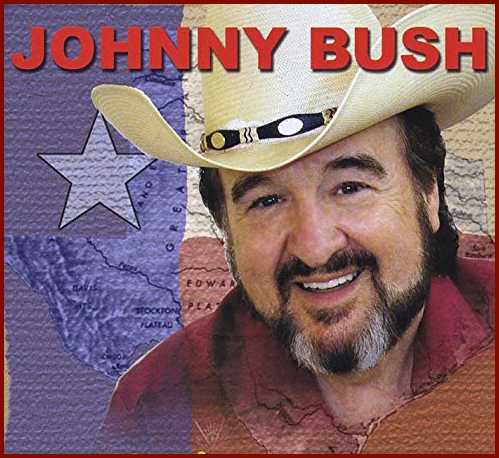 He became the spokesman for people afflicted with vocal disorders. In 2002 he was honored with the Annie Glenn Award, named for the wife of John Glenn, by the National Council of Communicative Disorders for his work in bringing attention to the condition of spasmodic dysphonia.

In June 2017, Bush self-released The Absolute Johnny Bush, a full-length album of brand new recordings, including collaborations with Dale Watson and Reckless Kelly. He continued to perform at live Texas Dancehall venues primarily in Austin, San Antonio, Fort Worth and Houston up until his death in San Antonio on October 16, 2020. He was 85 years old, and had suffered from pneumonia in the time leading up to his death.

Johnny Bush - There Stands The Glass