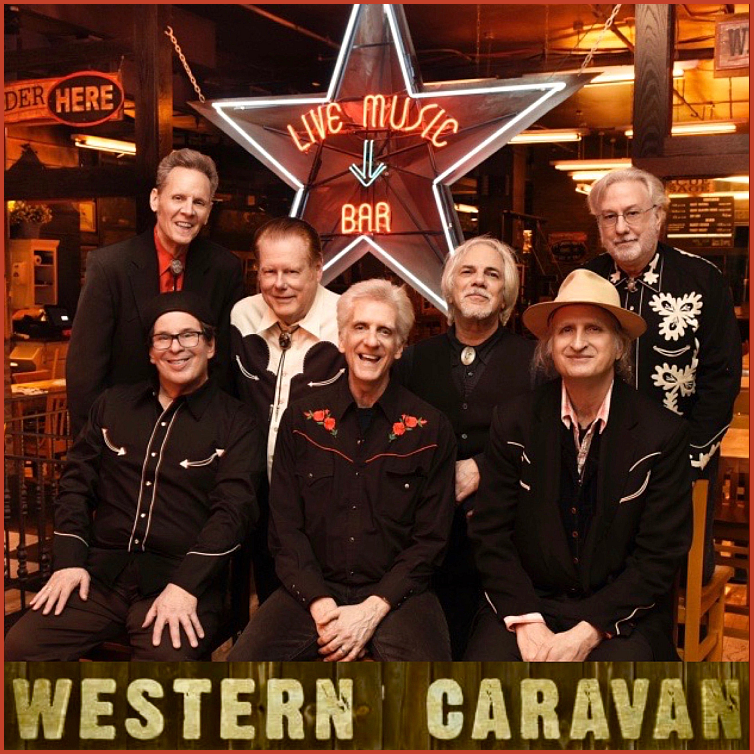 The Western Caravan featuring Thirsty Dave was founded in 1995 by guitarist Whit Smith, currently with the Austin-based Hot Club Of Cowtown, who enlisted some of the finest Western musicians in the New York area. Since then, New York's Premier Western Swing & Honky-Tonk Band has been serving up classic Country, Western Swing and Honky-Tonk standards, as well as their own engaging originals, to Western Music connoisseurs, homesick Texans, Manhattan followers and many devoted fans from their overseas tours as far away as Sweden and Japan.

In the vocal spotlight is Thirsty Dave Hansen who is joined by the awesome twin harmonizing fiddles of Kenny Kosek and Bob Mastro and the powerful pedal steel guitar of Skip Krevens. Steve Alcott plays bass and Van Manakas is the talented lead guitarist. Dave Sonneborn is the group drummer and is also heard on background vocals and the lead vocal on Ray Griff's Step Aside, a Texas dance hall standard from the library of the late Faron Young, and also sings lead on the Western Swing standard, King of the Blues.

Western Caravan plays Western Swing standards done in the group's special style, Right or Wrong from Milton Brown and also My Confession from Bob Wills. Also included are other really sweet Dave Hansen originals, the Texas dance hall styled A Power Tool is Not a Toy and Car Trouble. Then there is the traditional instrumental Fire on the Mountain, Marty Robbins' pop/country classic Don't Worry, from the Hank Thompson library, Drunkard's Blues and an early Mel Tillis composition from the Webb Pierce library, The Honky Tonk Song.

If any of you Texans or Okies find your way to the Big Apple, be sure to look-up the Western Caravan at the Hill Country Smoked BBQ and Honky-Tonk in the heart of Manhattan at 30 West 26th Street. You'll amazingly feel transported to the Longhorn Saloon in Fort Worth or Cain's Ballroom in Tulsa. 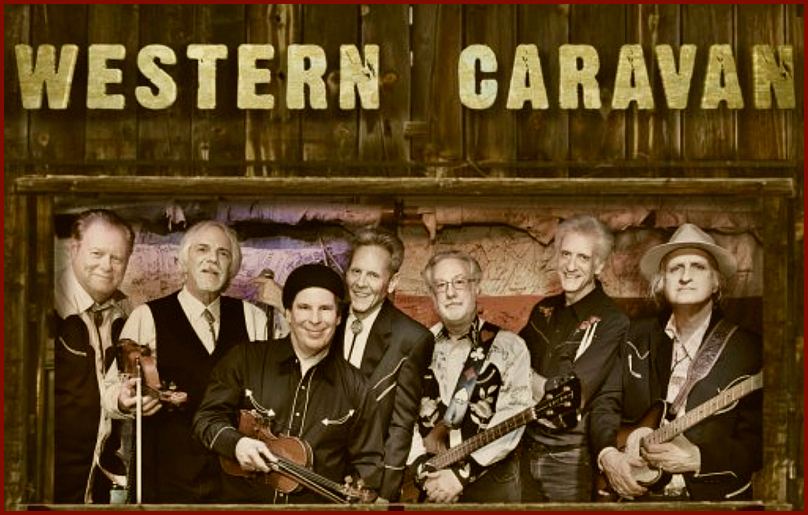 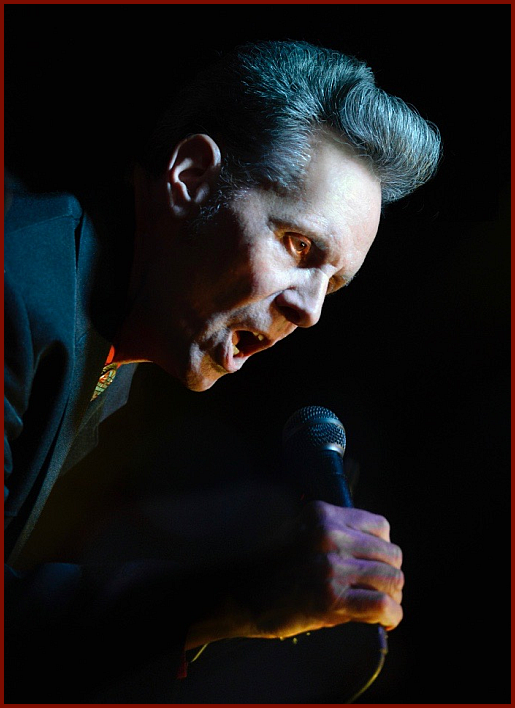 "Thirsty" Dave Hansen (vocals) grew up buckshot across the country-Texas & Kentucky in his early years. After graduating from Rhode Island School Of Design he bummed around Providence playing with the satirical-rock band The Young Adults. He moved to NYC in 1980 and commenced a fruitless career as rock singer, drummer and guitarist before he found his true calling singing Western Swing and honky-tonk music. A passionate fisherman, he has also ventured into an acting career appearing in the indie film "Whiskey River NYC". 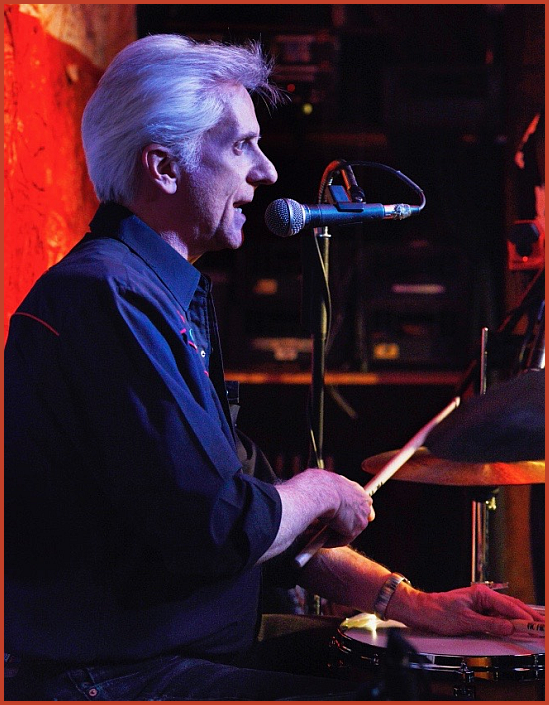 David Sonneborn (drums & vocals) grew up in Cincinnati, Ohio listening to a lot of country music and jazz, as well as rock and roll and R&B. He took early piano lessons, studied drums with Carmen Deleone at the College Conservatory of Music, and taught himself guitar, bass, and upright bass (with a lot of guidance from Steve Alcott). He first played in NYC in 1980 at the City Limits with Randy Shaffer and the Honky Tonk Heroes, and relocated here in 1982. He studied drums with the amazing Sam Ulano for 6 years. Dave has and still plays drums or bass and sings with many local country bands, joining Western Caravan in 1998. He has been performing in, and sometimes music directing productions of "Million Dollar Quartet" since the 1st National Tour in 2011. 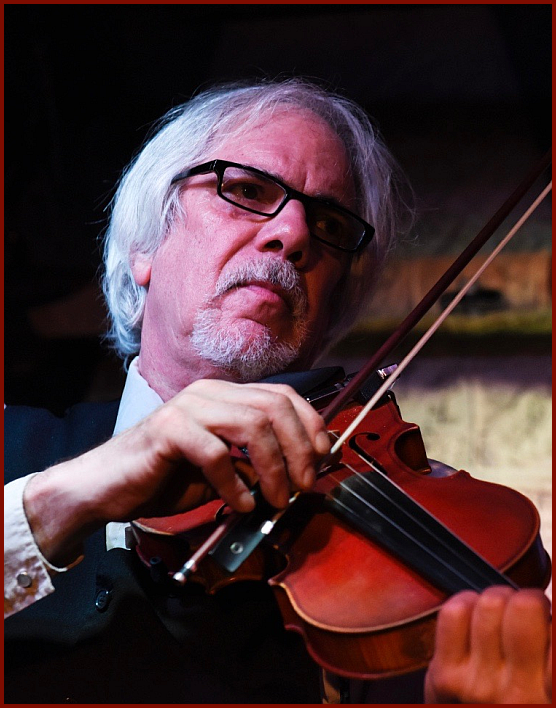 Kenny Kosek (fiddle) is one of America's finest jazz fiddlers. He has played and recorded with numerous jazz, bluegrass and new acoustic bands, including Country Cooking, Breakfast Special, Bill Keith and Tony Trischka. In addition, he has worked with artists as diverse as Laurie Anderson, Steve Goodman, John Denver, James Taylor, Jerry Garcia, Loudon Wainwright III and The New Blue Velvet Band. Kenny has played in several Broadway musicals, including "Big River," "Foxfire" and "The Robber Bridegroom," and is the author of the book "Bluegrass Fiddle Styles" (Oak Publications). His solo CD, "Angelwood," is on Rounder Records. 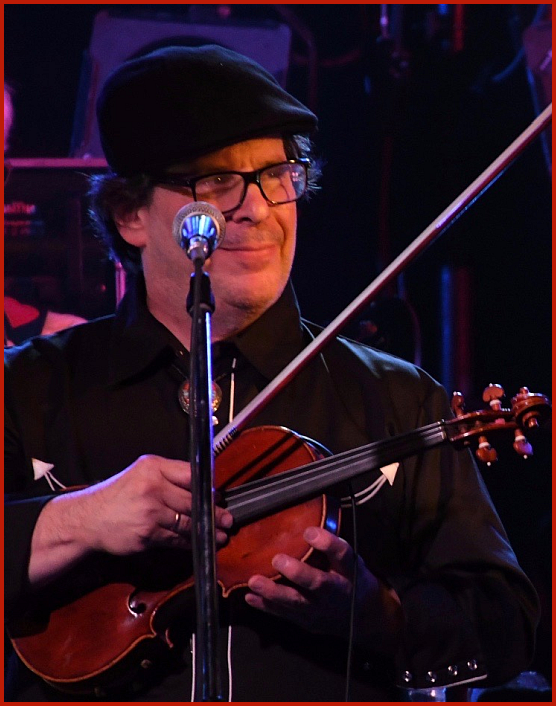 Bob Mastro (fiddle) was born in Elizabeth, New Jersey. He began his studies on the guitar at the age of eleven. By the time he was eighteen he had become fascinated by the sound of the fiddle. It did not take long before Bob put down the guitar and took up the violin full time. Bob has played and recorded all styles of music with such artists as Leon Redbone, Tommy Makem, Judy Collins and Carol Hall. He has also played in the Off Broadway production of Always Patsy Cline and most recently in the Broadway musical The Civil War. Bob's violin can also be heard on commercials for Chevy, British Railways and Nynex. His television appearances include the Tonight Show and three PBS specials with Tommy Makem. He continues to perform throughout the USA and in clubs and concerts in New York area. Bob lives in Forest Hills New York with his wife Elaine, a pianist, and his son Max. 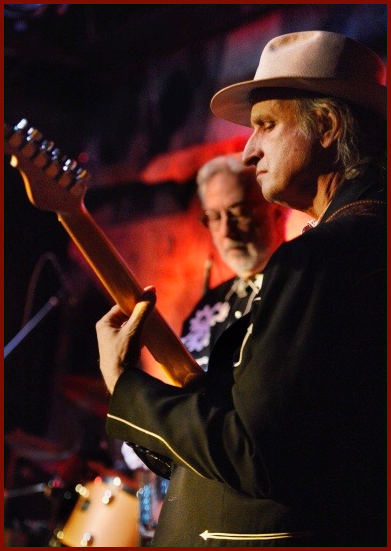 Van Manakas (guitar) has toured 5 continents and all 50 US states with jazz greats such as the Gil Evans Orchestra, Paul Bley and Miroslav Vitous. He has released 5 solo recordings featuring his jazz guitar compositions, including a number two Billboard jazz recording on the Windham Hill label, as well as award winning film scores, including soundtracks for Woody Allen films. In Nashville Van worked as a session player including recordings with Patty Lovelace and steel guitar virtuoso Doug Jernigan. Van studied guitar with Pat Metheney and holds a BA in music composition from Berkeley College of music. 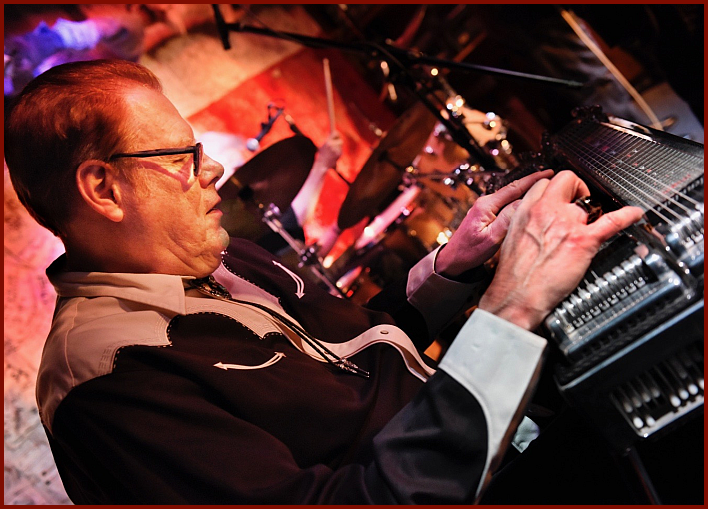 Skip Krevens (pedal steel) has been playing guitar since he was 16 and steel guitar since he was 25. Skip's musical journey has taken him all over the world, including tours with Larry Gatlin, John Schneider, Bee Bee Winans and Ann-Margret. He has picked guitar and steel for for several Broadway shows and is currently very busy gigging in the Tri State area. 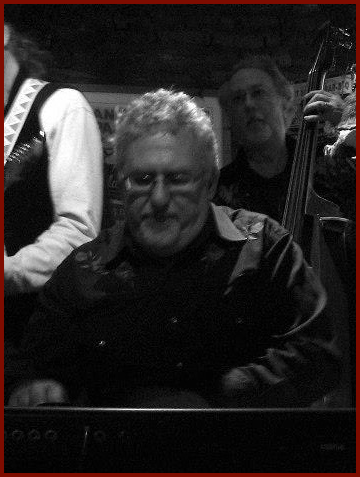 Joe Kerr (jazz piano & songwriter) was born and raised in San Antonio, Texas, and grew up listening and loving his favorite genre of Texas-born Western Swing. A founding member of the Western Caravan, Joe now lives in the sticks outside Philly, but he still rides the fast train to NYC to play his favorite music with the boys whenever possible. He has written songs for BBC Radio, National Lampoon and Sesame Street. In addition to The Western Caravan, he performs his own music in clubs and cabarets and can be heard as a sideman on Cds by Hot Club Of Cowtown and Elana James. His songs have recently been played in the world's fanciest venues by the classical comedy group Igudesman and Joo.

Steve Alcott (bass) was born in Oklahoma and grew up in a succession of Texas oil towns, finally landing in Lubbock. After a brief flirtation with higher education at Texas Tech, he played in a couple of US Army bands, and finally ended up at the Eastman School of Music, graduating in 1976. He came to NYC in 1979, and has worked as a freelancer since then, playing just about every kind of music there is with musicians both famous and unknown. He has played with diverse groups ranging from the show band at Kutsher's in the Catskills and the house band at Eddie Condon's to the Don Byron Klezmer Orchestra and Dan Hicks and the Hot Licks. He performs regularly with the Riverside Orchestra, the Broadway Bach Ensemble, and Amore Opera. Besides the two Western Caravan CDs, he can be heard on "Alive and Lickin' " with Dan Hicks, "Shades of Blue" with Ben E. King, and "Don Byron Plays the Music of Mickey Katz".

Western Caravan, Live at the Rodeo Bar: Stay All Night