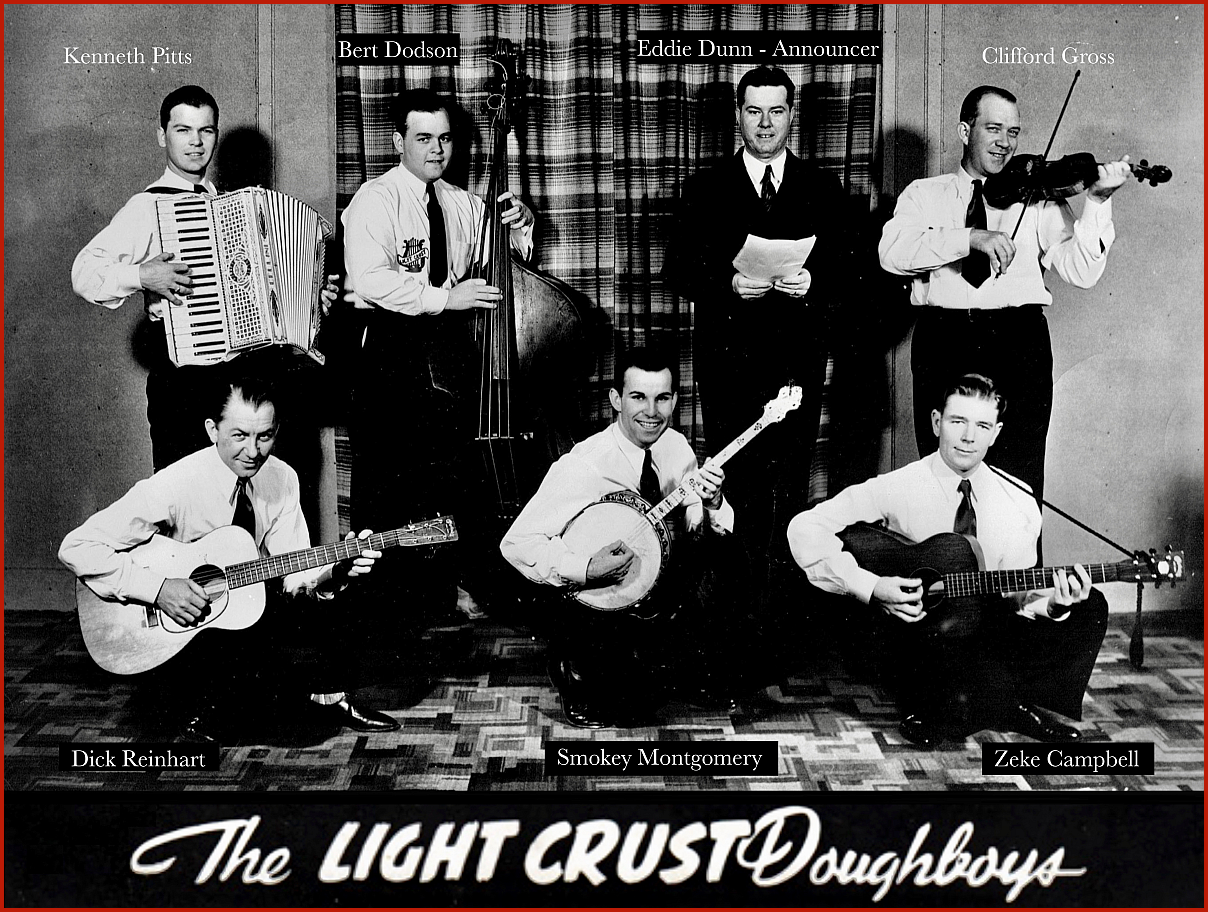 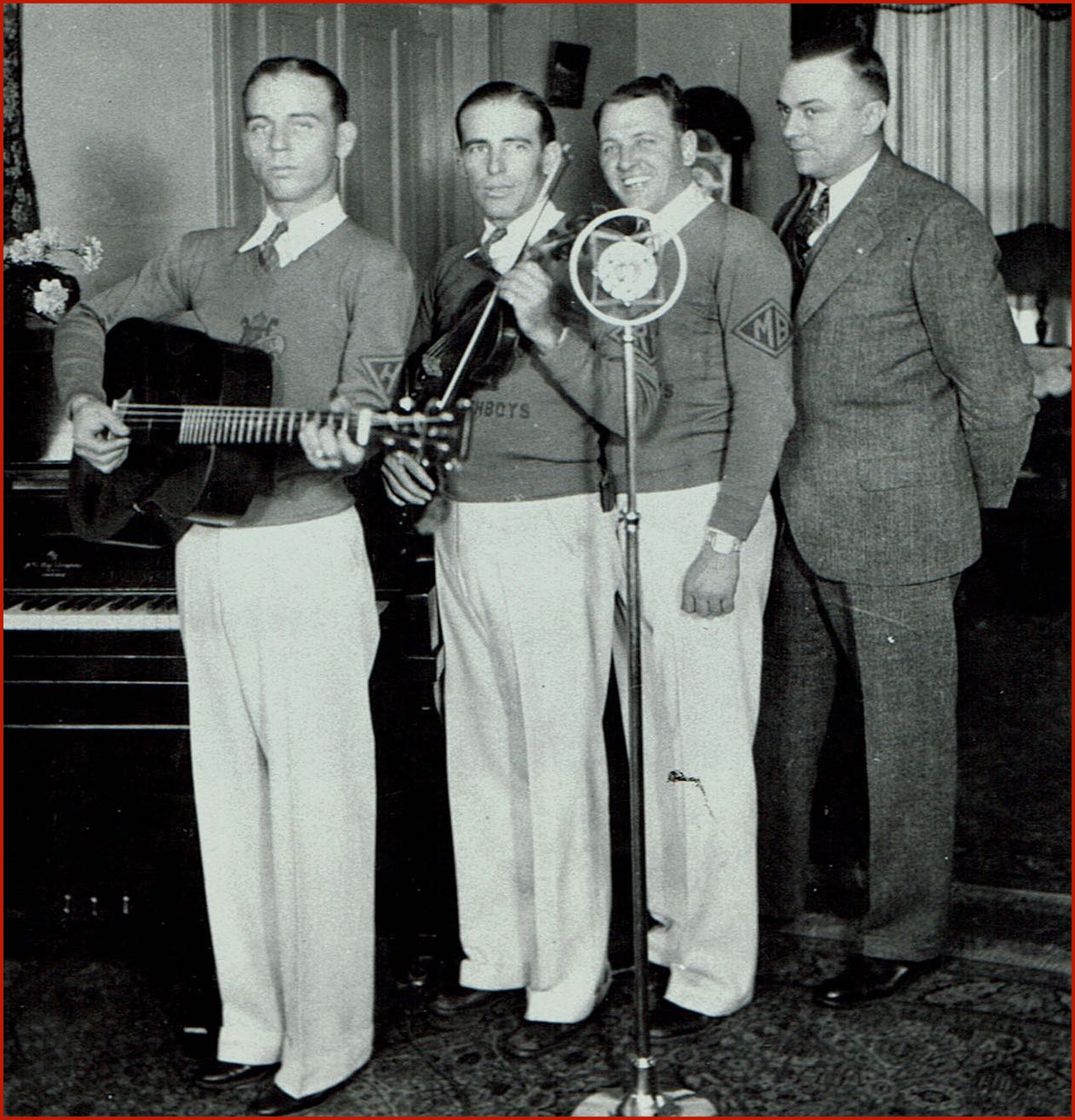 The Light Crust Doughboys, founded in Fort Worth, Texas in 1930, have had the longest existence of any Western Swing band in history. The group's legendary story began an amazing 90 years ago in 1929, when James Robert (Bob) Wills moved from the ranch country of Turkey in West Texas to Fort Worth and formed the Wills Fiddle Band, a rather unimposing aggregation made up of Wills as fiddler and Herman Arnspiger as guitarist. In May of 1930, Wills and Arnspiger met Milton Brown at a Fort Worth private house dance and loved his versatile swinging jazz-blues vocals, and immediately asked him to join the band as lead vocalist. Later that year the Wills Fiddle Band (Wills-Brown-Arnspiger) became the Light Crust Doughboys. 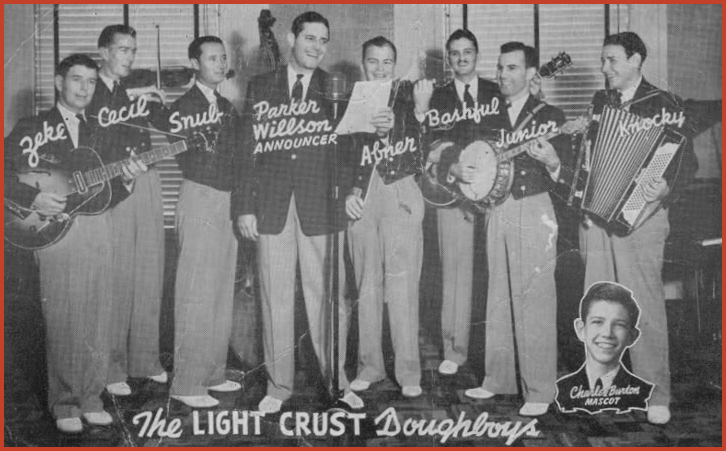 With help from friends and fans in Fort Worth, Wills and Brown persuaded Burrus Mill and Elevator Company to sponsor the band on a radio show together with their professional announcer, Truett Kimzey, to advertise the mill's Light Crust Flour. After two weeks of broadcasts W. Lee O'Daniel, general sales manager of Burrus Mill, canceled the show because he did not like "their hillbilly music". However, a compromise, inspired by the band's persistence and the demands of thousands of fans who wrote the radio show expressing their love of this exciting new music, brought the group back to the air in return for its bandmembers' agreement to work in the mill as well as perform. People religiously listened at noon each day to here the licks of Bob Wills's fiddle, Milton Brown's lively voice and Truett Kimzey's enthusiastic introduction: "The Light Crust Doughboys are on the air!" Then the Doughboys sang their theme song, which began: "Listen everybody, from near and far if you wanta know who we are. We're the Light Crust Doughboys from Burrus Mill." This went over so well that it became the permanent salutation of the Doughboys for the past 90 years!

So impressed was O'Daniel with the band's following that he became the announcer for the show and organized a network of radio stations that broadcast the Doughboys throughout Texas and most of Oklahoma. The Texas Quality Group Network, formed in 1934, included such radio stations as WBAP, Fort Worth; WFAA, Dallas; WOAI, San Antonio; KPRC, Houston; and KOMA, Oklahoma City. The show became one of the most popular radio programs in the Southwest. 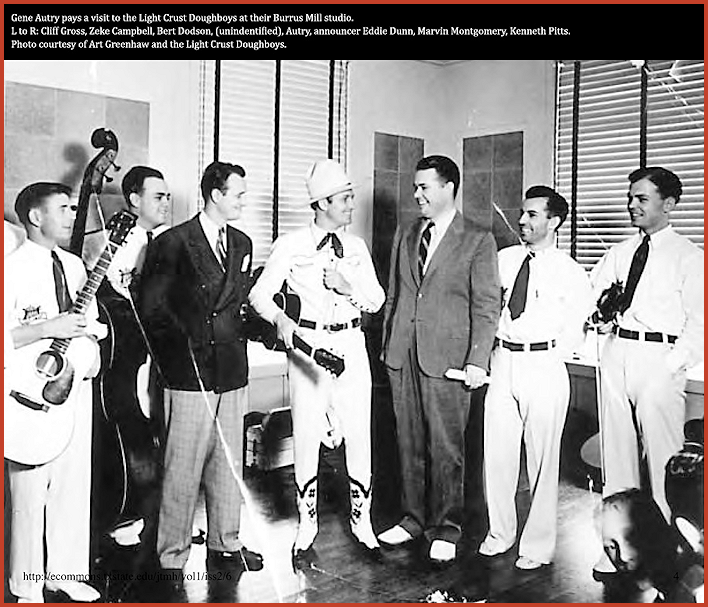 In 1932 the original Doughboys began leaving the expanded band. Brown and his talented guitarist younger brother (Derwood) and fiddler Jesse Ashlock left the show that year to form Milton Brown & his Musical Brownies, and in 1933 O'Daniel fired a disgruntled Wills for missing broadcasts. Wills then took Tommy Duncan, Herman Arnspiger and Al Stricklin and organized his new band - Bob Wills & his Playboys in Waco, Texas. Of all the early Doughboys, Brown and Wills were the most influential. The Light Crust Doughboys never forgot their magical legacy of Frontier Fiddle meets Swing-Jazz-Blues that was created during those early formative years in Fort Worth. 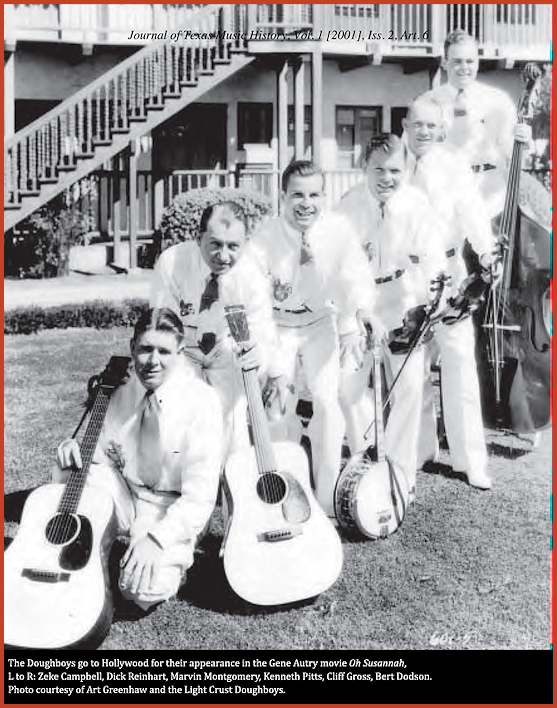 In October 1933 O'Daniel took a new and talented group of Doughboys to Chicago for a recording session with Vocalion (later Columbia) Records. O'Daniel continued as manager and announcer until the mid-1930s. In 1935, when Burrus Mill fired him after a series of disputes, O'Daniel formed his own band, the Hillbilly Boys, and his own flour company, Hillbilly Flour. O'Daniel used this band in his successful bid for the governorship in 1938.

The years between 1935 and World War II were the most productive in the long history of the Doughboys. By 1937 some of the best musicians in the history of western swing had joined the band. Kenneth Pitts and Clifford Gross played fiddles. The rhythm section consisted of Dick Reinhart on guitar; Marvin (Smokey) Montgomery on tenor banjo; Ramon DeArman on bass; John (Knocky) Parker on jazz piano; and Muryel "Zeke" Campbell played a rollicking lead electric guitar. At various times, the super-talented classically trained Cecil Brower played fiddle. Almost from the beginning, the Light Crust Doughboys enjoyed a successful recording career; their records outsold those of all other fiddle bands in the Fort Worth-Dallas area. Their popularity on radio had much to do with their success in recording. By the 1940s the Light Crust Doughboys were being broadcasted over 170 radio stations in the South and Southwest. 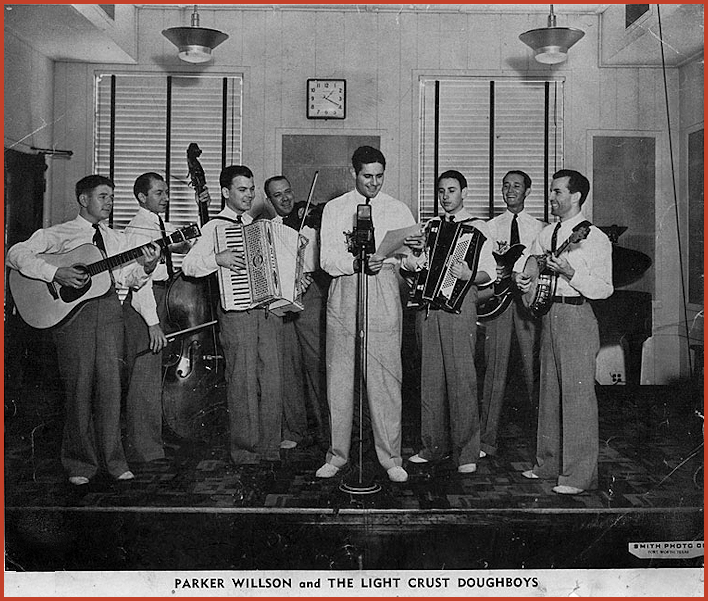 There is no way of knowing how many millions of people heard their broadcasts. Though the Doughboys played good, danceable jazz, the band was basically a show band whose purpose was to entertain. Their shows took the listeners' minds off the economic problems of the 1930s and added joy to their lives.

In the early months of World War II members of the band went into either the armed forces or war-related industries. In 1942 Burrus Mill ended the Doughboys' radio show. The mill reorganized the band in 1946, but the broadcasts were never as appealing as they had been in the prewar years. The company tried various experiments and even hired Hank Thompson & his Brazos Valley Boys and also Slim Whitman in the hope that somehow the radio show could be saved. But by 1950 the age of television had begun and the dominance of radio was over. 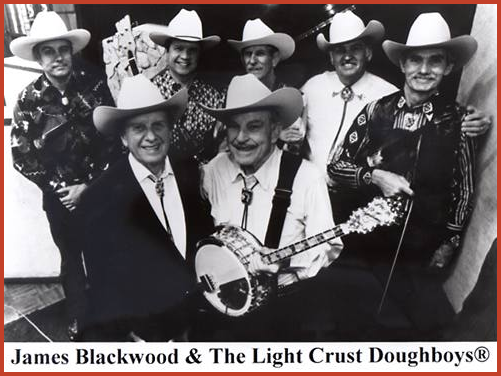 With its passing went the radio show that Texans had enjoyed since 1930. The Light Crust Doughboys were no longer "on the air." But the group's demise was only apparent, for in the 1960s the Doughboys' music was revived. In 1973 some of the original members of the 1930s band took part in the last recording session for Bob Wills in Fort Worth for the album For the Last Time. During the following decades leader Smokey Montgomery continued to keep the band going in some form. In the late 1980s the Light Crust Doughboys were the very first inductees into the Texas Western Swing Hall of Fame. Throughout the 1990s the Doughboys continued to bring their music to new audiences. In 1993 Art Greenhaw joined the group as co-producer and added horns to their eclectic sound, thus bringing about a new type of "country jazz," influenced by the old swing sound. The Texas legislature declared the Doughboys the "official music ambassadors of the Lone Star State" in 1995. 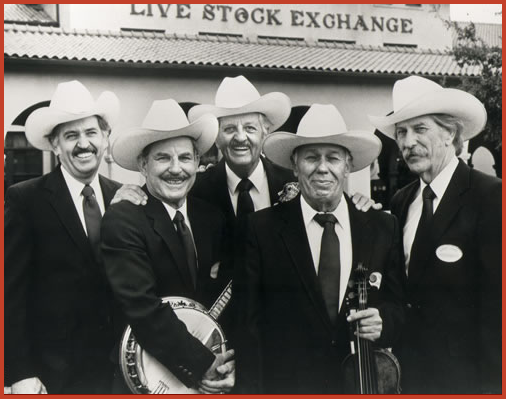 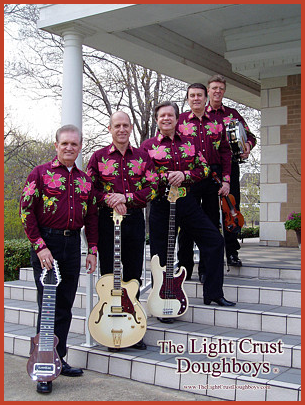 By the late 1990s the Doughboys were also recording gospel music with James Blackwood on Greenhaw's independent record label, based in Dallas. Beginning in 1998 the group performed jointly with the Lone Star Ballet in Amarillo, the Fort Worth Symphony, the Dallas Wind Symphony, the Abilene Philharmonic, and other ensembles. They were inducted into the Rockabilly Hall of Fame in 2000 and continued to release material including the CD Doughboy Rock (2000).