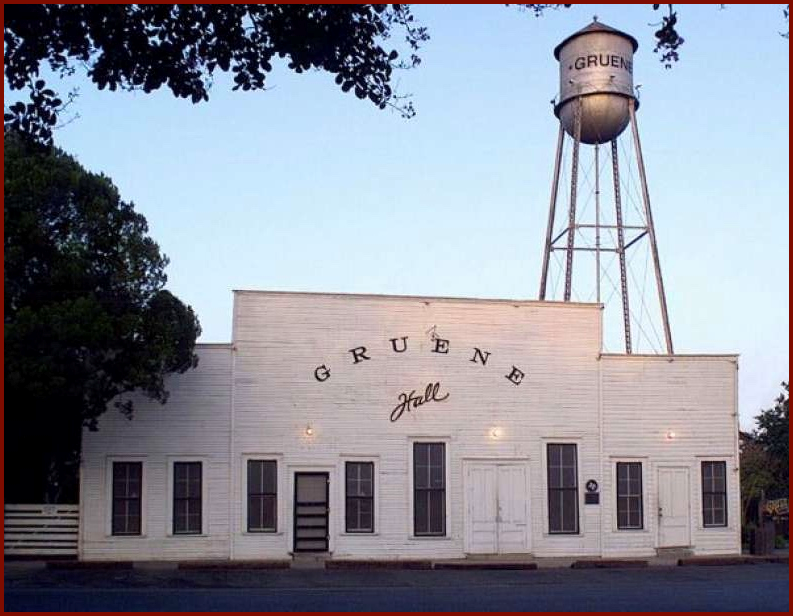 Gruene Hall, was built in 1878 by 1st generation German immigrant Henry (Heinrich) D. Gruene and is located in the historical German farming community of Gruene, Texas (now a part of New Braunfels), and bills itself as "The oldest continually run dance hall in the State of Texas." 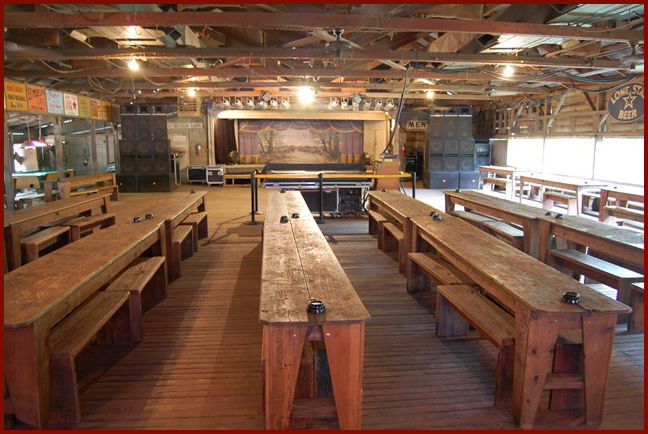 By design, not much has physically changed since the Hall was first built. The 6,000 square foot dance hall with a high pitched tin roof still has the original layout with side flaps for open air dancing, a bar in the front, a small lighted stage in the back and a huge outdoor garden. Aged images of old pioneering Western Swing bands and early advertisement signs from the 1930s and 1940s still hang in the old hall and around the stage. 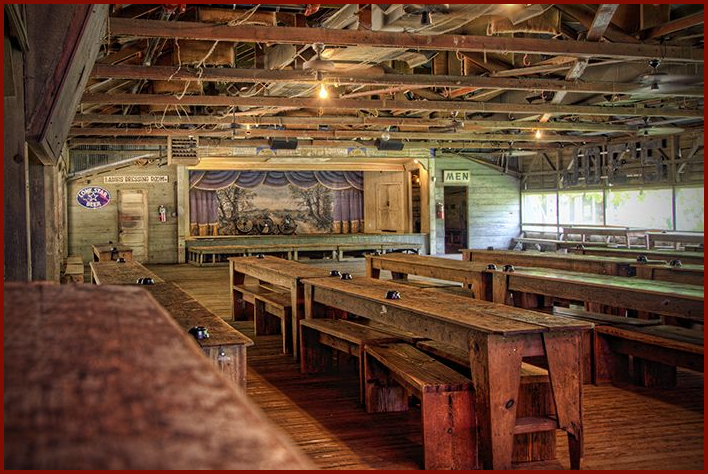 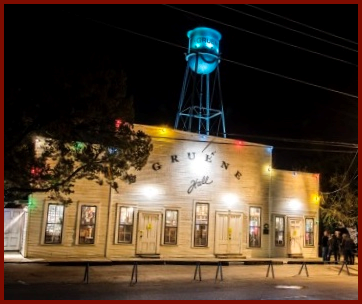 The hall has been featured in several books including Dr. Jean Boyd's Jazz Of the Southwest - the History of Western Swing, Pat Green's Dancehalls & Dreamers, Gail Folkins' Texas Dance Halls: A Two Step Circuit, Vokac's The Great Towns of America and Schultz's 1000 Places to See Before You Die.

Asleep at the Wheel at Gruene Hall