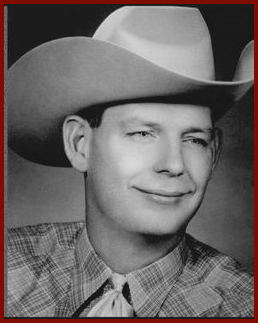 William Leon McAuliffe (Jan. 3, 1917 ~ Aug. 20, 1988) was a Western Swing musician and singer famous for his steel guitar solos with Bob Wills and The Texas Playboys. McAuliffe achieved fame as a pioneering steel guitarist in the heyday of Western Swing. His now classic tune Steel Guitar Rag inspired Wills to spotlight McAuliffe by calling out, "Look out, friends - here's Leon... Take it away Leon, take it away!" McAuliffe began playing both Hawaiian and standard guitar at age 14 and began appearing on Fort Worth's KFJZ radio station as part of the group the Waikiki Strummers in 1931. Beginning at age 16, Leon played with the Light Crust Doughboys In 1933-34, playing both rhythm guitar and lap steel guitar. 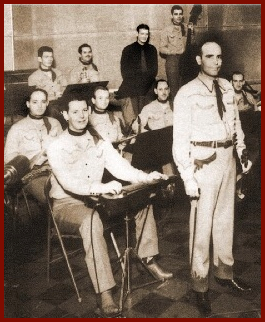 In 1935, he joined Bob Wills and the Texas Playboys, who would soon become the premier Western Swing band in existence. Leon stayed with Wills until 1944 when he left to serve in World War II. While with the Texas Playboys, he played a key instrumental steel guitar take-off on Wills' greatest hit song, San Antonio Rose (instrumental version). He is more noted, however, for his most famous composition, Steel Guitar Rag.

Leon was mentored by the lendendary Father of the amplified steel guitar, Bob Dunn (who became a musical powerhouse with Milton Brown & his Musical Brownies in 1934-36). Together, Dunn and McAuliffe popularized the amplified steel guitar throughout the United States and influenced many a guitarist for decades to come. McAuliffe learned to electrically amplify his guitar from Bob Dunn, who taught him a homemade method of wiring a pick-up into his lap steel guitar to create the revolutionary electric sound that became the hallmark of Western Swing and heavily transformed country music - and even influencing early R&B and rock 'n' roll electric guitarists.

During WWII he was a flight instructor in the Army Air force. After the war, McAuliffe returned to Tulsa, Oklahoma, forming his own Western Swing band and releasing a number of recordings, including Panhandle Rag (Columbia 20546) which reached number six in 1949. His signature song was always Steel Guitar Rag, a tune he apparently adapted from a combination of Sylvester Weaver's 1926 recording of Guitar Rag and part of the Hawaiian song On The Beach At Waikiki. 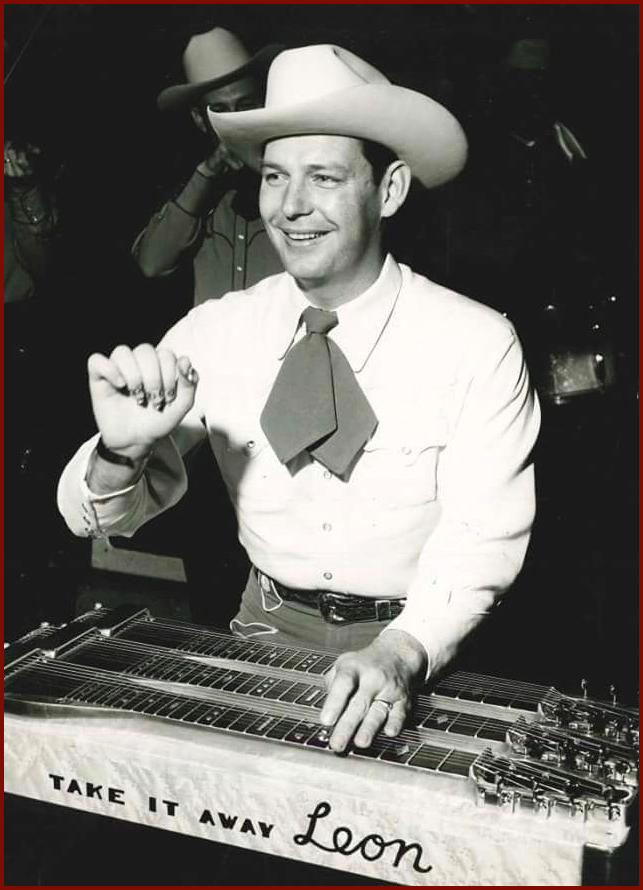 During the heyday of Western Swing music, the phrase "Take it away Leon", nearly became a household phrase in the south. It was hollered by Bob Wills on numerous songs when Leon would take-off on an improvised steel guitar solo run - and it helped Leon McAuliffe reach massive recognition as the finest and most famous steel guitarist in the world.

Though McAuliffe is most well known for his association with the Texas Playboys, he also had a respectable solo career. Around mid-1953, he was doing a daily noon time show over the 50,000 watt KVOO in Tulsa, OK. Leon also appeared on Wednesday nights at 11:00pm as well as Saturday nights at 10:30pm on a show called the Western Dance Parade. He and his Cimarron Boys band also played every Wednesday and Saturday evenings at the Cimarron Ball Room in Tulsa.

In 1954 he purchased radio station KAMO in Rogers, Arkansas. In the late 1950s, he appeared on ABC-TV's Jubilee USA and other broadcasts. McAuliffe funded a music program at Rogers State College in Claremore, Oklahoma, paying for a recording studio and office on campus.

For several years McAuliffe taught at Will Rogers State College in the Hank Thompson School of Country Music. It was from this studio and office that he taught Junior Brown how to perfect his guitar skills. McAuliffe was always giving to his students, featuring them in his concerts around northeastern Oklahoma. 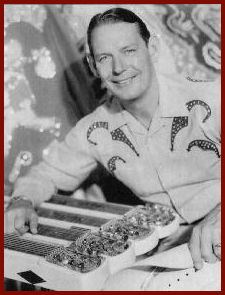 By the 1960s, Western Swing had fallen out of vogue and McAuliffe began only playing locally. Later Starday released some of his work with the Cimarron Boys. Leon also recorded a couple of albums during the '60s for Dot and Capitol. In the early 1970s, Western Swing music was re-popularized due largely to the work of bands like Asleep At The Wheel and Commander Cody and His Lost Planet Airmen.

In 1973 McAuliffe once again joined the "King Of Western Swing" Bob Wills and other members of the Original Texas Playboys, along with Merle Haggard to record their greatest album ever - the Grammy Award-winning Bob Wills & His Texas Playboys - For The Last Time. After Wills died just two years later in 1975, McAuliffe participated in a tribute Fan Fair concert to a sellout crowd at Fort Worth's Will Rogers Coliseum. Later he played a key role in organizing many reunion performances of the Original Texas Playboys in the late 1970s.

In 1984, some of his earlier solo work was reissued in Columbia's Historic Edition Series. Leon McAuliffe died in 1988 after a long illness in Tulsa. He was posthumously inducted into the Grammy Hall of Fame in 2011.