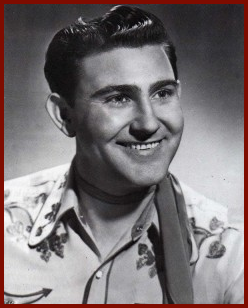 Michael "Webb" Pierce (August 8, 1921 - February 24, 1991) was a legendary Western Swing vocalist, songwriter and guitarist of the 1950s. He was widely considered the "King of Honky-Tonk", charting more number one hits during that decade than any other country artist. 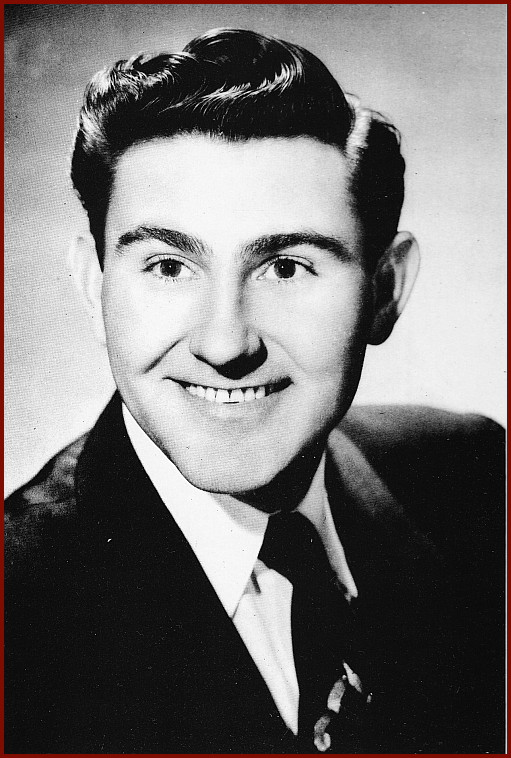 For many, Pierce, with his flamboyant "Nudie Suits" and twin silver dollar-lined convertibles, became the most extravagant and recognizable face of country music of the era and its excesses. Pierce was a one-time member of the Grand Ole Opry and was posthumously inducted into the Country Music Hall Of Fame. A tribute album in his honor (produced by singer/songwriter Gail Davies) was released in 2001 entitled Caught In The Webb - A Tribute To Country Legend Webb Pierce. 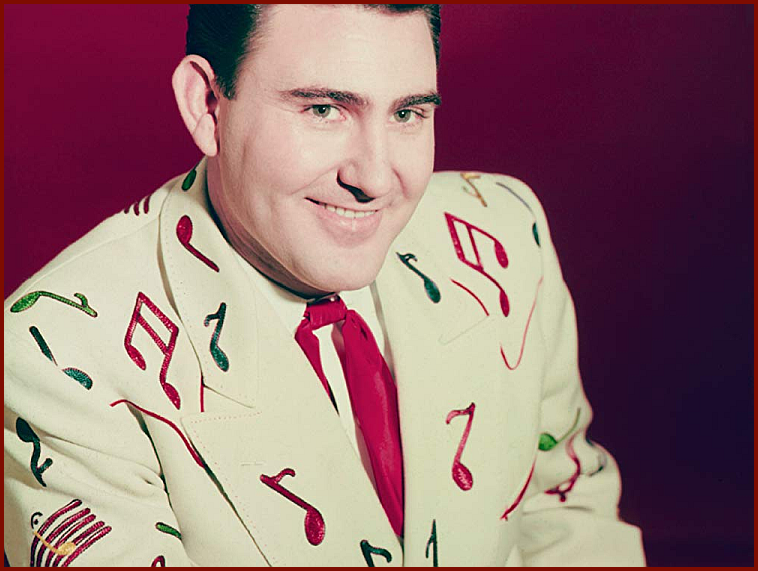 Born in West Monroe, Louisiana in 1921, as a boy Pierce was infatuated with the Singing Cowboy Gene Autry films and his mother's beloved records, particularly those of the Father Of Country Music Jimmie Rodgers and the King Of Western Swing Bob Wills & his Texas Playboys, along with a number of local Louisiana Cajun groups. He began to play guitar before he was a teenager and at 15 was given his own weekly 15-minute radio show, Songs by Webb Pierce, on KMLB-AM in Monroe.

He enlisted in the US Army in 1939, and in 1942 he married Betty Jane Lewis. After he was discharged, the couple moved to Shreveport, Louisiana, where Pierce worked in the men's department of a Sears Roebuck store. In 1947, the couple appeared on KTBS-AM's morning radio show as "Webb Pierce with Betty Jane, the Singing Sweetheart". Pierce also performed at local engagements, developing his unique style that was once described as "a wailing whiskey-voiced tenor that wrang out every drop of emotion." 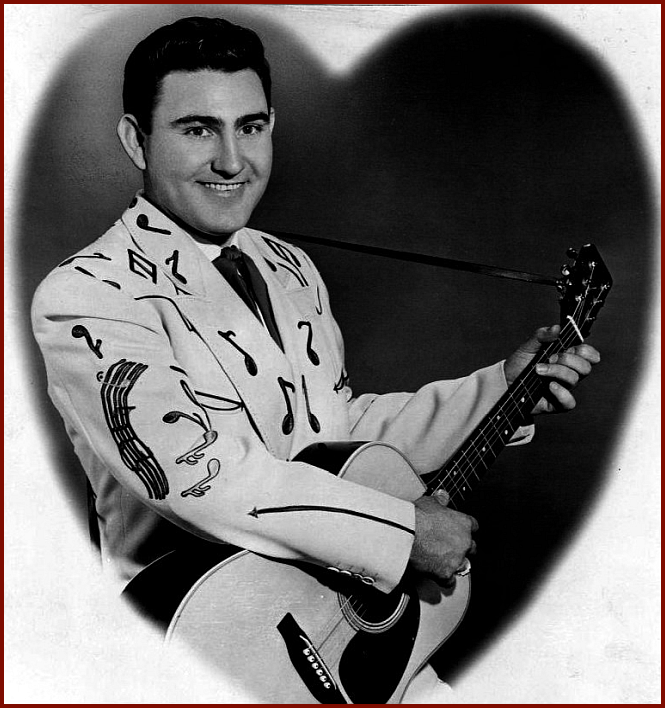 In 1949, California-based 4 Star Records signed the Webbs under separate contracts, with his wife signed for duets with her husband under the name Betty Jane and Her Boyfriends. However, success only came for Pierce, and in the summer of 1950, the couple divorced.

He then moved to KWKH-AM and joined the Louisiana Hayride during its first year, and devised a plan to achieve instant "stardom." Before the show, he bought over a hundred tickets for a large group of young girls in line and asked them to sit in the first few rows, and after each of his songs to scream and beg for more. It worked; their enthusiasm spread throughout the audience.

Pierce assembled and performed with a band of local Shreveport musicians, including pianist Floyd Cramer, guitarist-vocalist Faron Young, bassist Tillman Franks and brother vocalists Teddy and Doyle Wilburn . He also founded a record label, Pacemaker; and Ark-La-Tex Music, a publishing company, with Horace Logan, the director of the Hayride. On Pacemaker, Pierce made several records between 1950 and 1951 designed to attract radio play around Louisiana. 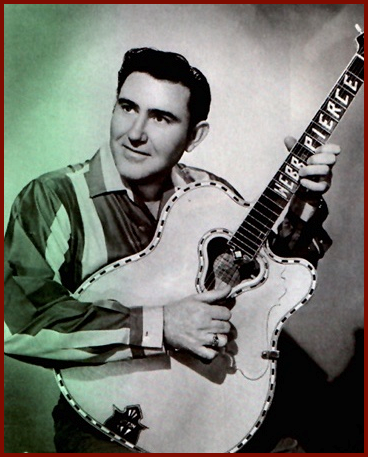 In 1951, Pierce got out of his 4 Star contract and was quickly signed by Decca Records. His second single, "Wondering", became his breakthrough hit, climbing to No. 1 in early 1952. Pierce then moved to Nashville, Tennessee where he met and married his second wife, Audrey Greisham. In June 1952, he had his second No. 1 single with "That Heart Belongs to Me". 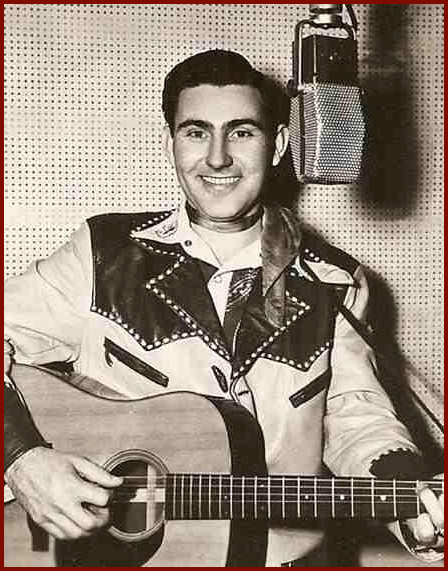 In September 1952, the Grand Ole Opry needed to fill the vacancy left by the firing of Hank Williams, and Pierce was invited to join the cast. After Williams' death, he and Texan Lefty Frizzell became the two most popular singers in country music; and for the next four years, every single he released hit the top ten, with ten reaching No. 1, including his greatest all-time hit "There Stands the Glass" (1953 - a 2 million seller), "Slowly" (1954), "More and More" (1954 - a million seller), and "In The Jailhouse Now" (1955). His singles spent 113 weeks at No. 1 during the 1950s, when he charted 48 singles. Thirty-nine reached the top ten, 26 reached the top four and 13 hit No. 1. He became the wealthiest and most flamboyant man in Nashville by the end of the decade.

Other hits included "Black Street Affair", "Why Baby Why", "Oh, So Many Years", and "Finally"; the latter two being duets with the First Lady Of Country Music - Miss Kitty Wells. 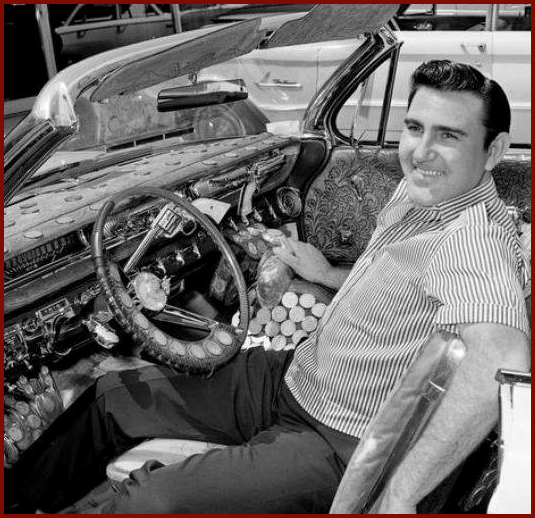 His 1954 recording of "Slowly" was one of the first country songs to include an innovative new pedal steel guitar - only the Western Swing style lap steel guitars had been used up until then. He made regular appearances on ABC-TV's Ozark Jubilee including as a guest host once a month during 1956. In 1958, he recorded a rockabilly record, "The New Raunchy"/"I'll Get by Somehow" for Decca Records under the name Shady Wall, a pseudonym for the actual Shady Wall who was a member of the Louisiana House of Representatives and a banker from West Monroe. It is not known if Pierce knew the political Wall or merely made up the name for the record and was unaware of the actual Shady Wall.)

On February 19, 1957, Pierce resigned from the Opry after he greedily refused to pay commissions on bookings and for associated talent.

Pierce continued charting until 1982 with a total of 96 hits; and he toured extensively and appeared in the movies Buffalo Guns, Music City USA, Second Fiddle To A Steel Guitar, and The Road to Nashville.

As his music faded from the spotlight, Pierce became known for his excessive lifestyle. 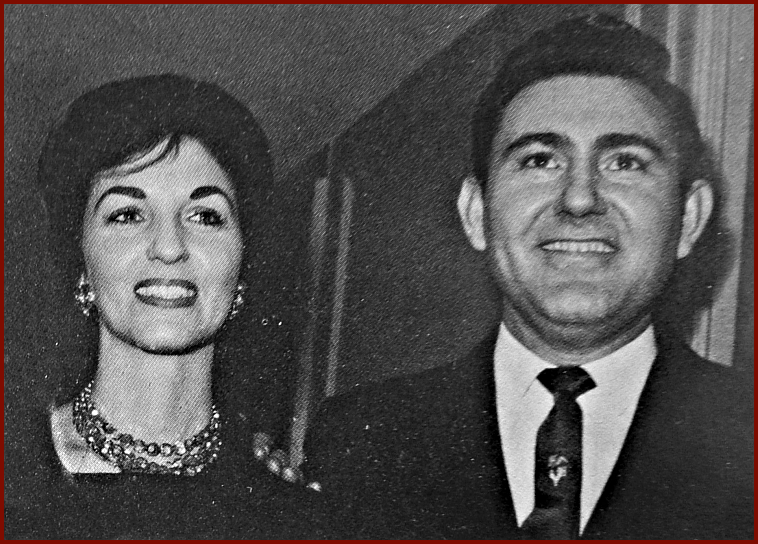 He had North Hollywood tailor Nudie Cohen, who had made flamboyant suits for Hank Williams and Lefty Frizzell, fully line two convertible Cadillacs with gaudy silver dollars. He built a $30,000 guitar-shaped swimming pool at his Nashville mansion which became a huge paid tourist attraction - over 3,000 people visited it each week - causing his neighbors, led by singer Ray Stevens, to file a lawsuit and prevail against Pierce to end the ridiculous tours.

He remained with Decca and its successor, MCA, well into the 1970s, but by 1977 he was recording for Plantation Records. Even though he had occasional minor hits, charting in a 1982 duet with Willie Nelson, a remake of "In the Jailhouse Now," he spent his final years tending to his promotional flamboyant lifestyle businesses, and his legend became clouded due to his reputation as a hard drinker. Webb and his daughter Debbie recorded the ballad "On My Way Out" as the Pierces, and she was a member of the country group Chantilly in the early 1980s.

Pierce waged a long battle with pancreatic cancer, which he lost on February 24, 1991, and was buried in the Woodlawn Memorial Park Cemetery in Nashville.

Webb Pierce - There Stands the Glass