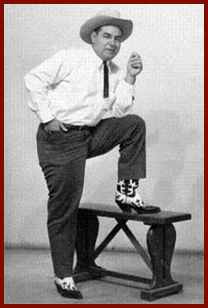 Born in 1909 into a musical Oklahoma family that had fiddled for generations, Jimmie Revard moved to San Antonio, Texas before he became a teenager, but honored his home state when he eventually named his band Jimmie Revard & his Oklahoma Playboys. He would go on to lead one of the best-known western swing bands in Texas during the mid to late 1930s. Arriving on the scene just as the genre was beginning to sweep the Southwest. Revard's Oklahoma Playboys became one of the most popular western swing outfits in South Central Texas, alongside local favorites - The Tune Wranglers. At times, in fact, the two bands shared several members.. 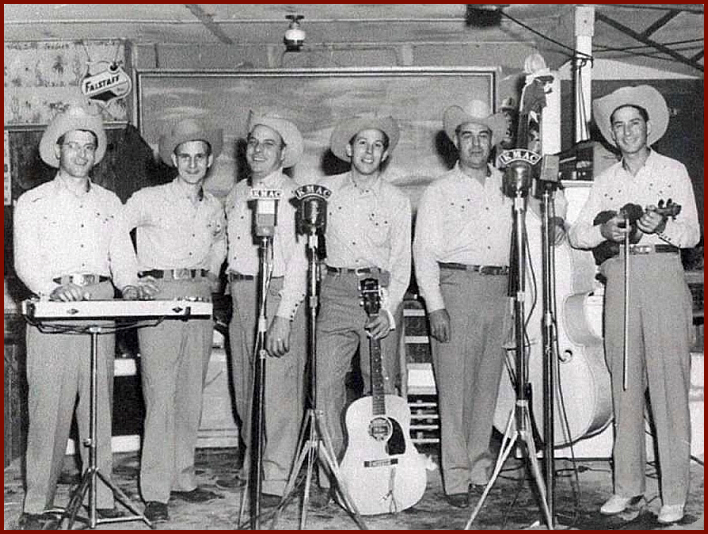 Revard's foray into the very early era of Western Swing began in the mid 1930s at San Antonio's Saint Mary's University. Like many other Texas musicians, he became enamored with the exciting hot new Jazz string band sound that Milton Brown & his Musical Brownies had created in Fort Worth in the early 1930s. He vowed to model his future band after Milton's, and in 1935 recruited the famed Bohemian Hofner brothers from Moulton, Texas, featuring singer/guitarist Adolph Hofner and hot steel guitarist brother Emil. The band began selling out dance halls in and around San Antonio and Austin, and so impressed a representative from Bluebird Records who had stopped to hear them perform at legendary Gruene Dance Hall that he decided to record them immediately. "Oh! Swing It" was released in October 1936 with significant success throughout the Southwest. 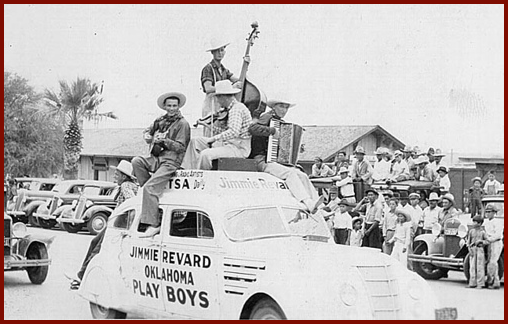 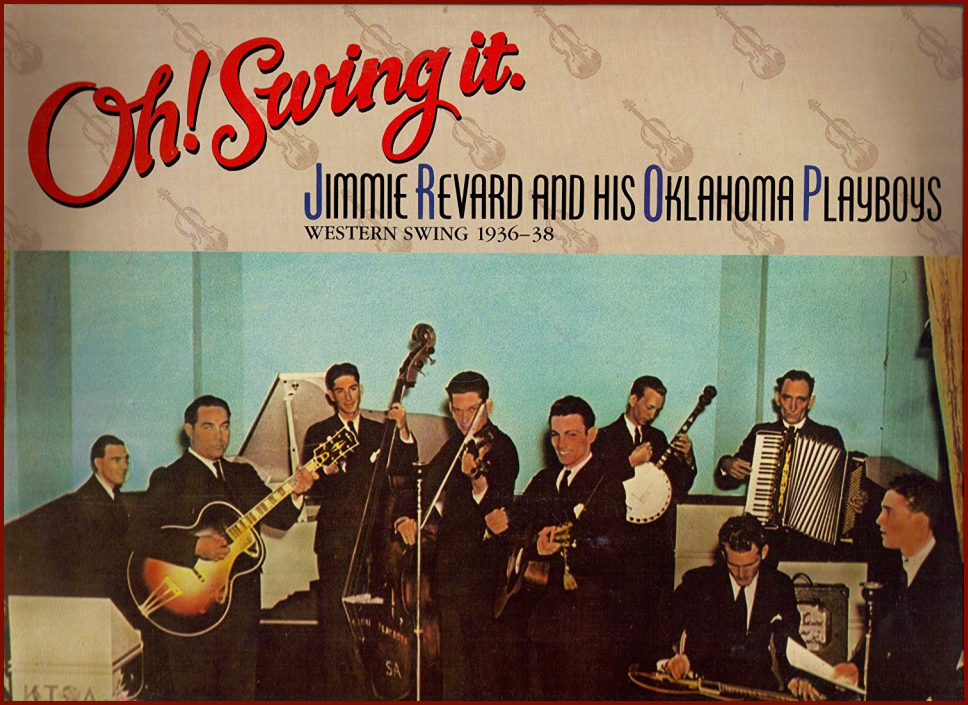 After traveling around Texas, Revard moved the band north to play at KOAM in Pittsburgh, but the pay was low, the weather was cold, and the businessman behind the deal eventually went bust. Adolph and Emil Hofner then left to start their own band back in San Antonio.

By October 1938, Revard returned as well, but by 1939 he had experienced enough of the grueling traveling musician's life and quit at the young age of 30. After completing his recording contract, he become a San Antonio policeman in 1940. After the war, Revard performed locally throughout the 1940s and 50s, and recorded again in 1949 for the Everstate label. He made one last recording for the same label in the early 1980s, just a few years prior to his death in April of 1991.

Jimmie Revard & His Oklahoma Playboys - My Little Girl, I Love You

Jimmy Revard - Blues In The Bottle

Jimmie Revard & His Oklahoma Playboys - My Little Girl, I Love You