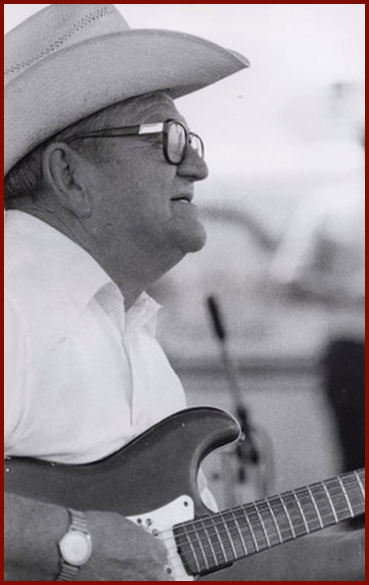 Eldon Shamblin (April 24, 1916 - August 5, 1998) was the legendary guitarist and lead arranger for Bob Wills' Texas Playboys during the late 1930s & 1940s and reuniting again in the 1970s & 1980s. He was particularly important to the development of Western Swing music as one of the true innovators of the electric guitar.

The guitar in Western Swing holds a particularly important place. Many guitarists have made major contributions in the field, but the cornerstone remains Eldon Shamblin, whom Rolling Stone magazine once called the "World's Best Rhythm Guitarist". His sophisticated swinging and moving chord forever impacted the music. He performed dazzling single-string lead solos and innovative melodic bass runs on records up to two years before Charlie Christian joined Benny Goodman's Band.

Born in Clinton, Oklahoma, Shamblin taught himself how to play guitar, read music, and arrange it. He learned by studying the solos of jazz guitarist Eddie Lang. He performed in clubs in Oklahoma City, and he sang and played guitar on his own radio show. In 1934, he joined the Alabama Boys, a jazz swing band, and stayed with them for three years. He established a reputation as one of the best guitarists in Oklahoma City, an honor he shared with Charlie Christian. 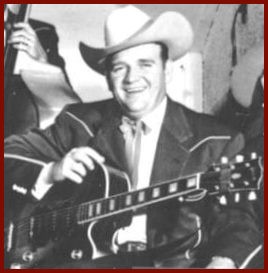 After leaving the Alabama Boys, he joined Bob Wills and His Texas Playboys. He became the band's musical arranger, as he had learned to read music by studying big band arrangements. His electric guitar style and musical knowledge were important to the success of Wills' pioneering Western Swing band. On "Take Me Back To Tulsa" in 1940, he invented a two-beat rhythm arrangement which became his trademark sound. His guitar featured prominently on the band's 1946 hit "Ida Red", which was later rewritten to the same guitar riff and beat by Chuck Berry as "Maybellene".

Shamblin's style incorporated a big band style similar to Freddie Green's from the Count Basie Orchestra, much of it based on what Shamblin had learned from studying Eddie Lang. In 1941 Metronome magazine called him the most creative and inventive guitarist since Charlie Christian. The magazine acknowledged him as an emulator of Christian's style and said he was an innovator, not an imitator. Thirty years later, a Rolling Stone writer wrote a piece praising Shamblin's creativity and repeating Metronome magazine's assessment. Down Beat acknowledged his contributions, calling him a jazz-oriented swing musician, though he worked in Western Swing and country bands. 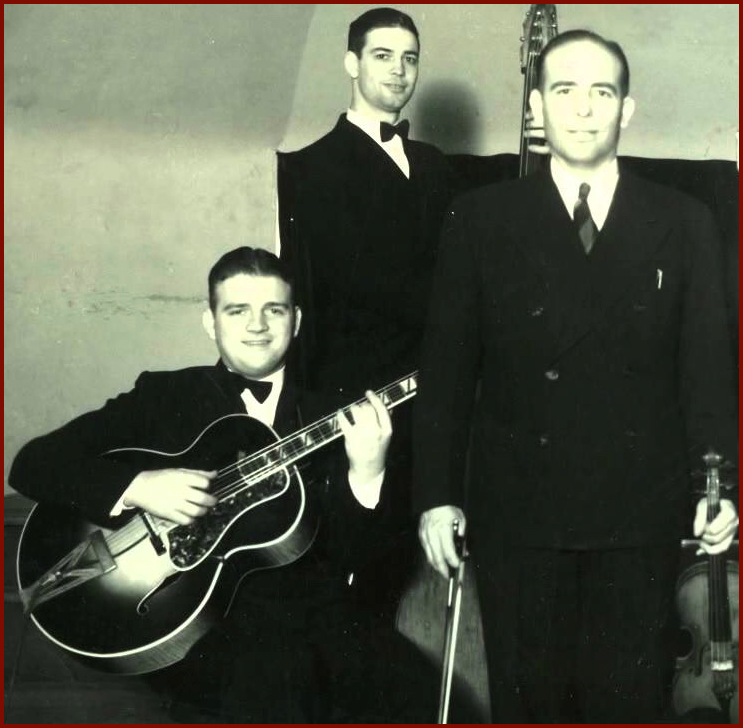 His acoustic, single string, lead guitar work in the 1930s resonated with the influence of Lang and Django Reinhardt, while his brief chord solos evoked the harmonies of George Van Eps. By the 1940s, his style was reminiscent of early bebop, with the occasional chord flourish added to good effect.

Bob Wills told Shamblin what to play on only two occasions. On the first, while recording "Ida Red", he told Shamblin to put a lot of runs in his rhythm chords to keep up with the bassist. He told him to imitate Junior Barnard, who had been part of the band and had a bluesy style. Shamblin was instructed to play louder and bend the strings. The result was what can now be considered very early rockabilly and rock & roll... deeply inspiring Chuck Berry's guitar riffs on "Maybellene".

Shamblin and Texas Playboy steel guitarist Leon McAuliffe began experimenting with what would become their Twin Guitar idiom. At a rehearsal years later, Wills heard what they were doing and asked them to work up a solo arrangement for a fiddle tune he was going to record called "Bob Wills Special". A few days later Wills asked them to write an instrumental that would feature them as primary artists. They came up with "Twin Guitar Special", which Wills recorded with his fiddle tune in 1940. The other song was "Twin Guitar Boogie". Wills never recorded it, but McAuliffe did in the 1960s under the name Bouncing Bobby, a nickname for fiddler Bobby Bruce. 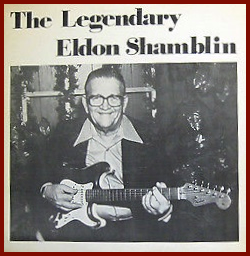 Shamblin and McAuliffe played "Twin Guitar Special" on a legendary Texas Playboys Reunion album in 1973 that was renamed "Twin Guitar Boogie", with the two of them listed as composers. The twin guitar idiom inspired a generation of guitarists, including Dickey Betts of the Allman Brothers Band. Betts credits Shamblin and McAuliffe for inspiring the songs "Rambling Man" and "Jessica".

Shamblin appeared on over 300 recorded sides with Bob Wills from 1938 until 1954. He was also in a few Hollywood films with Wills, most notably Take Me Back To Oklahoma and Go West, Young Lady.

Shamblin was drafted into the Army in 1942. He served four years as a captain in General George S. Patton's Third Army in the European Theater of War and fought in the Battle of the Bulge. After playing with Leon McAuliffe's Western Swing Band in Tulsa, he returned to the Texas Playboys in September 1946 in Fresno, California. He spent ten years with the band before joining Hoyle Nix and the West Texas Cowboys in Big Spring, Texas, where they played regularly at the Stampede Ballroom.

After two years with the Nix band, he returned to Tulsa, managed a convenience store, and attended night school to earn a license in accounting. He decided the accounting business was not for him and began teaching guitar at the Guitar House music store. He became a piano tuner and electronic organ serviceman.

In 1970, Shamblin returned to music when he was asked to help organize a tribute to Bob Wills and played on Merle Haggard's album A Tribute to the Best Damn Fiddle Player in the World (or, My Salute to Bob Willls). He then became a member of Haggard's band, The Strangers.

In 1973 Shamblin collaborated with Tommy Allsup to produce the greatest album in the history of Western Swing: Bob Wills & his Texas Playboys, For The Last Time. In 1983 he left The Strangers because he was tired of the touring. He returned to Tulsa and joined a late version of the Texas Playboys in 1983 led by Leon McAuliffe, who had led the Original Texas Playboys band that reassembled in 1971 for the first occasion of Bob Wills Days in Turkey, Texas. The Original Playboys recorded several albums for Delta Records, which re-released an album that had been recorded locally called Eldon Shamblin - Guitar Genius. Shamblin recorded The Four Giants of Swing by Joe Venuti with Jethro Burns and Curley Chalker.

Shamblin is noted for being one of the earliest adopters of the Fender Stratocaster electric guitar. A demonstration model painted gold and dated 6/4/54 was given to him by Leo Fender. Shamblin played the guitar with the Texas Playboys in what became the final Bob Wills recording session for MGM Records, later taking it on the road with Bob Wills on a month and half long tour of the great Northwest. Rock guitarist Eric Clapton called Shamblin at his home in Tulsa and offered him $10,000 for it in the early 1980s. Shamblin declined and sold the instrument to Larry Shaffer, a friend and owner of Cain's Ballroom and Little Wing Productions.