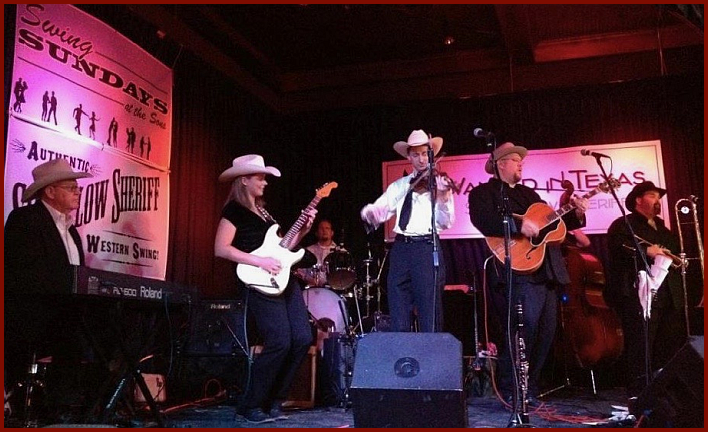 Shoot Low Sheriff is an authentic Western Swing band based in Dallas, Texas. Inspired by the classic Western Swing bands from over 75 years ago, their music combines strings, horns and piano to capture the sounds that swept Southern dancehalls in the 1930s and 40s. 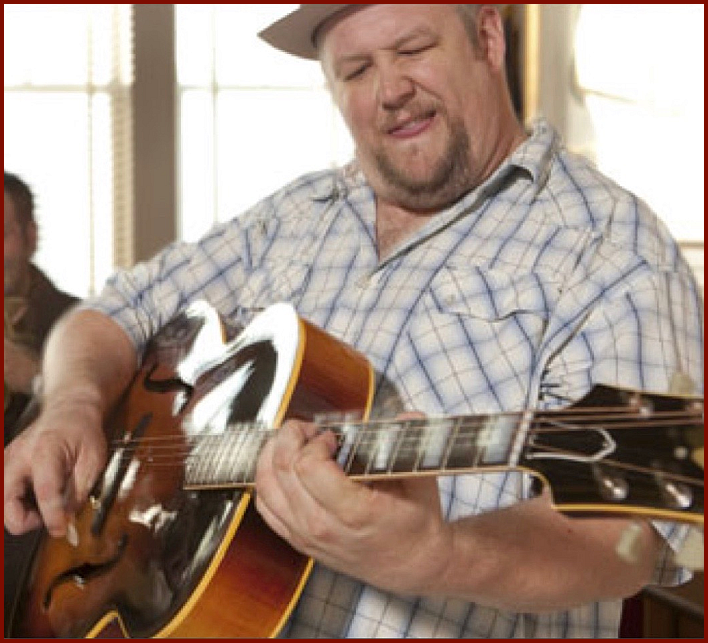 Shoot Low Sheriff gets their name from one of Bob Wills wise cracks hollered in numerous song recordings, "You better 'Shoot Low Sheriff', I think she's riding' Shetland!" The band makes the music fresh and exciting with an energy not usually associated with such older styles of music. 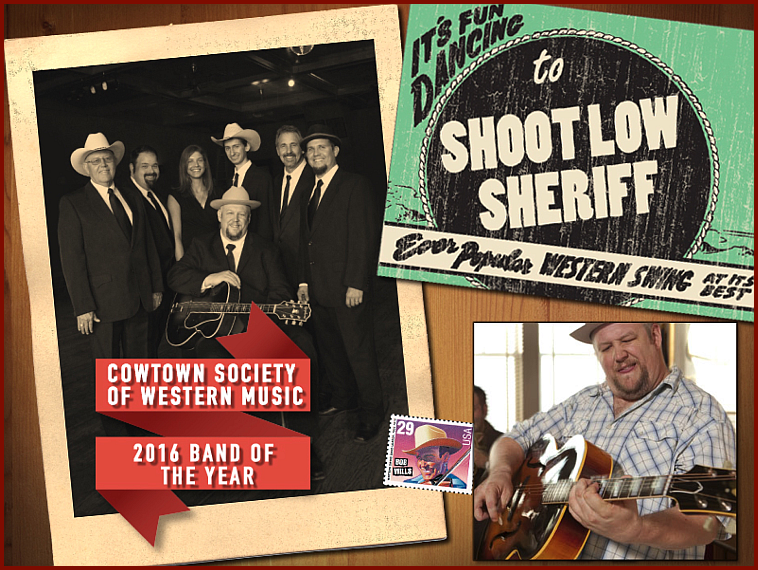 The band is heavily influenced by western swing pioneers Bob Wills and Milton Brown, and play a combination of swing standards and original compositions, as well as New Orleans jazz, ragtime and jump blues. Western Swing was the rock 'n roll of it's time; stomping, swinging, edgy, piercing guitar sounds that remains the very soul of Texas. 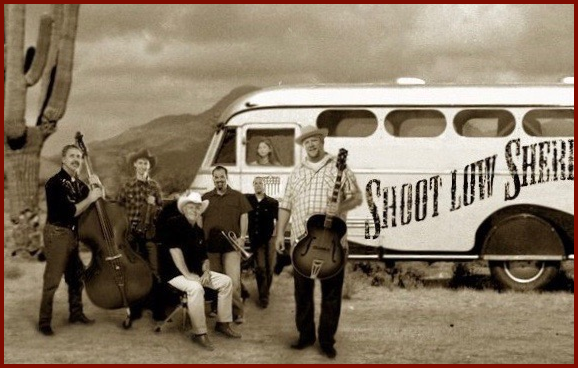 If you grew up in the Southwest, the sounds of Bob Wills, Milton Brown, the Light Crust Doughboys and Adolph Hofner are in your DNA, whether you've consciously listened to the music or not. 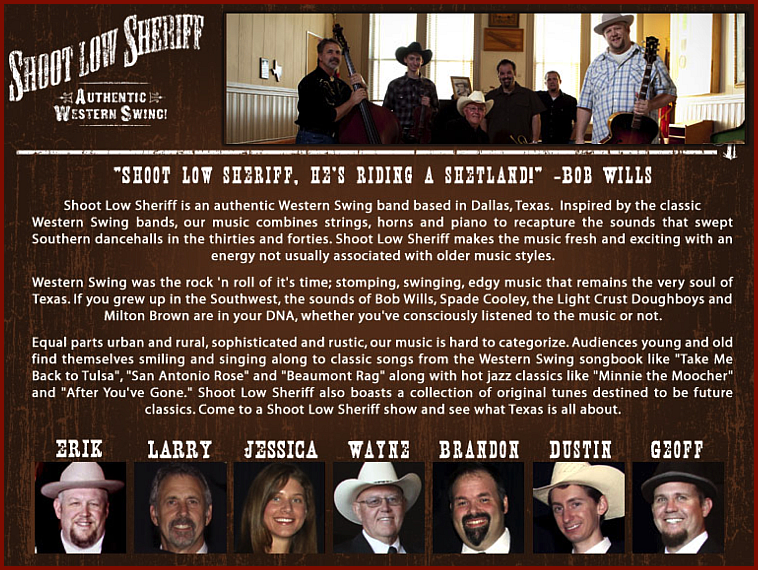 Equal Parts urban and rural, sophisticated and rustic, their music is hard to categorize. Audiences young and old find themselves smiling and singing along to classic songs from the Western swing songbook like "Take Me Back To Tulsa", "San Antonio Rose", "Faded Love" and "Beaumont Rag" along with hot jazz classics like "Minnie the Moocher" and "After You've Gone."

Shoot Low Sheriff also boasts a collection of original tunes like "Old Altong Rag", which was featured in a television commercial for Jack Daniels and in 2012, and their Cowtown crowd favorite "Fort Worth Texas". The band was named "Western Swing Group of the Year" by the Academy of Western Artists.