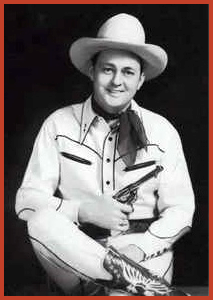 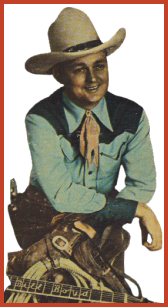 Bill Boyd was born and raised on a Texas Fannin County farm near the town small town of Ladonia (75 miles northeast of Dallas) as one of thirteen children. His parents, Lemuel and Molly Jared Boyd, who originally hailed from Tennessee, came to Texas in 1902. 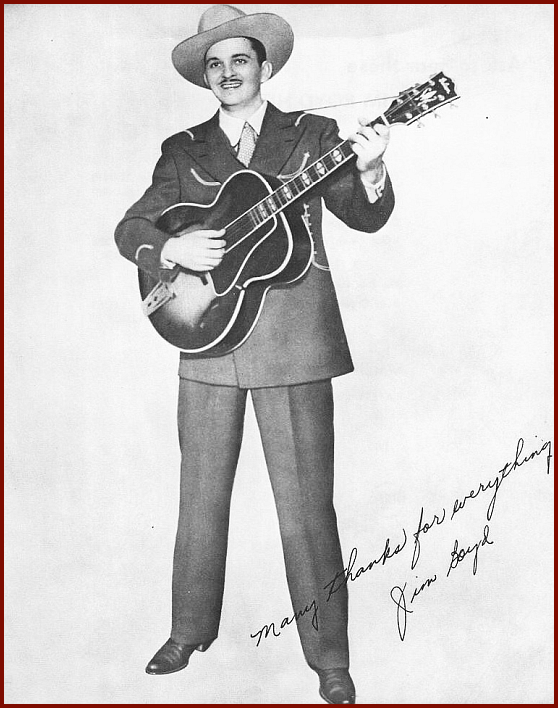 Boyd grew up as a working cowboy, learning traditional Cowboy songs from sitting around the campfire with the local ranch hands. Both he and his younger brother (Jim Boyd -born in 1914) frequently sang with the cowboys, as did their parents. Young Bill and Jim got to be pretty good at singing and learning to play guitar. 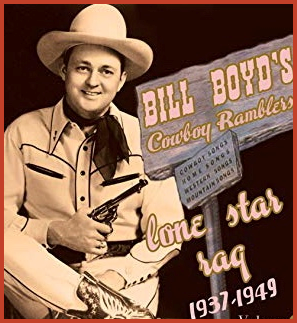 The Boyd brothers worked various ranch hand jobs to help their family survive the hard times. At age fifteen Bill joined the Alexander Daybreakers Trio in 1925, performing early-morning radio shows. Together with Jim, they appeared on KFPM radio in Greenville, Texas in 1926 and also at WRR Radio in Dallas. Meanwhile, Jim had also formed the "Rhythm Aces" and then the first incarnation of the Cowboy Ramblers in 1932 on WRR. Included in Boyd's new band was his brother, Jim, on bass; Davis on fiddle; and Walter Kirkes on tenor banjo. When not actually performing, Boyd was out recruiting new sponsors of his radio show and in this way managed to survive the Depression. 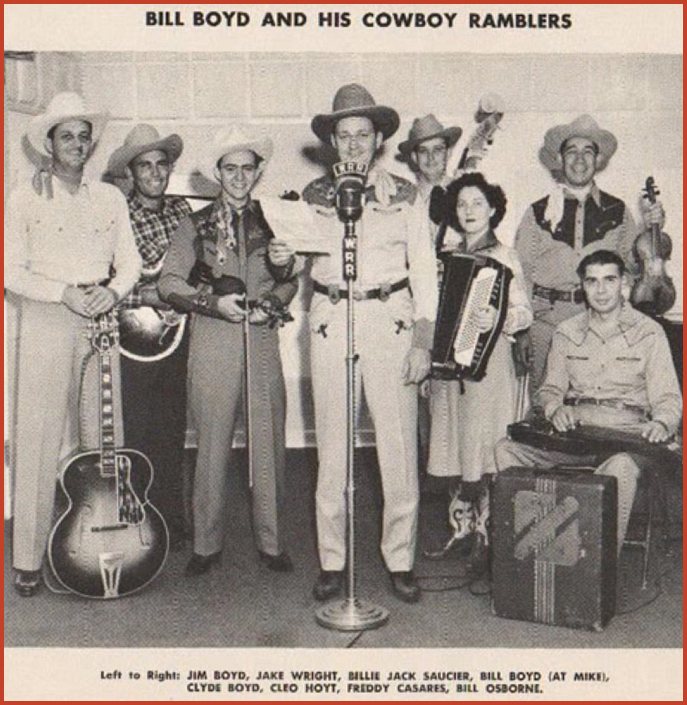 The family moved to Dallas at the dawn of the Great Depression in 1929. By this time, Boyd knew he wanted a career in music. He first joined a band on WFAA radio that included fiddler Art Davis, and in February 1932, Boyd recorded with the famed "Texas Blue Yodeler" Jimmie Rodgers. Later that same year he formed his pioneering western swing band "The Cowboy Ramblers". His band consisted of himself on guitar, brother Jim on bass, Walter Kirkes on tenor banjo and Davis on fiddle. 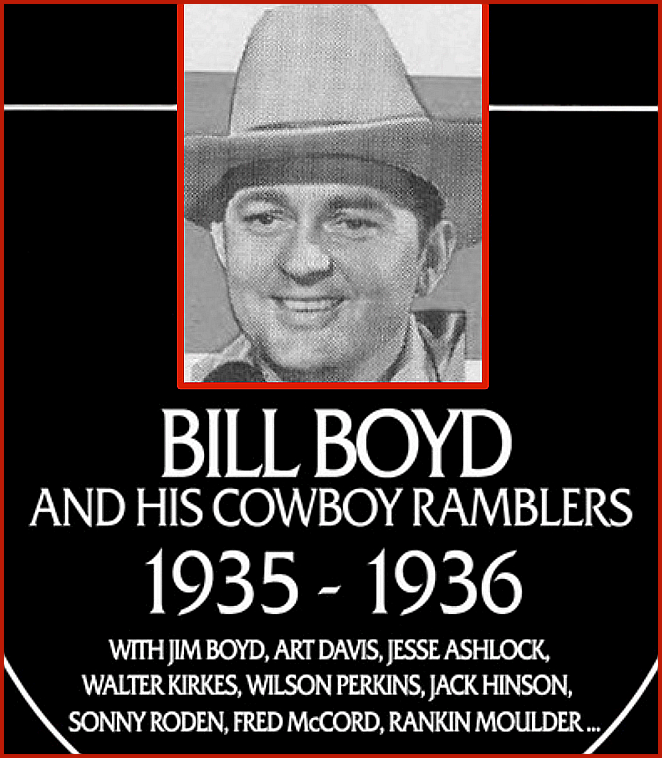 During the band's early history, many of the members also worked simultaneously with the Light Crust Doughboys in Fort Worth and Roy Newman & his Boys in Dallas. Among their better-known band members in their later years were fiddler Carroll Hubard, piano player Knocky Parker, and steel guitar player Wilson "Lefty" Perkins.

Boyd's band made their recording debut for Bluebird Records in San Antonio on August 7, 1934, precisely thirteen months before Bob Wills & his Texas Playboys made first recordings in Dallas. In 1935, the Cowboy Ramblers had a huge hit with their recording of "Under the Double Eagle" which later became a western swing standard and remained in print for twenty five years. Other classics of the 1930s included "Going Back to My Texas", "I've Got Those Oklahoma Blues", "Fan It", "Wah Hoo", "Beaumont Rag", and "New Steel Guitar Rag". 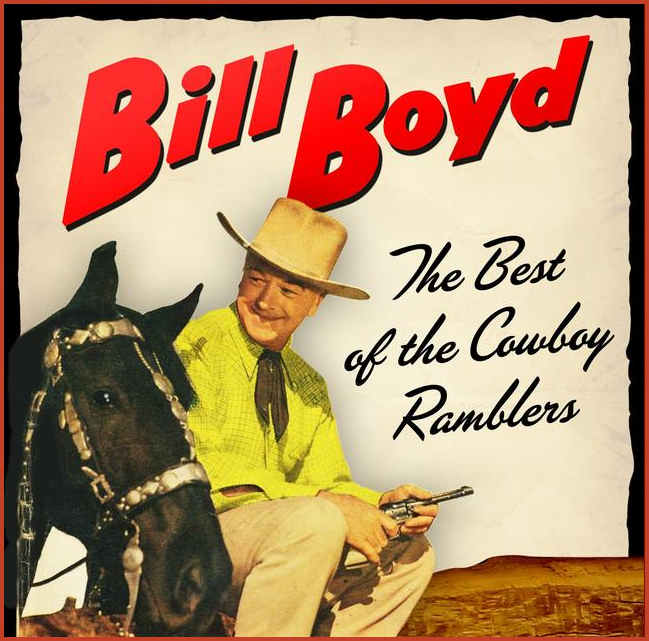 During their long association with RCA, Boyd & the Ramblers became major recording and radio stars, with over 229 singles recorded between 1934 to 1951. By 1939 their band membership had increased to ten musicians, and they soon organized their own WRR radio show in Dallas, "The Bill Boyd Ranch House." 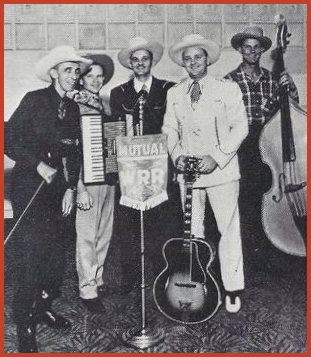 Boyd and his Cowboy Ramblers were eventually offered work in Hollywood films where they appeared in six low-budget Westerns during the early 1940s, including Raiders of the West and Prairie Pals. Boyd's jaunt through Hollywood was interesting, as it confusingly overlapped with the career of Cowboy actor William Boyd, famous for his portrayal of Hopalong Cassidy. 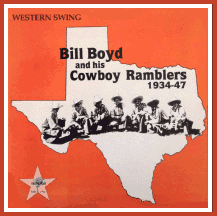 After the outbreak of World War II, Boyd joined "The Western Minute Men" promoting the sale of war bonds. During the 1940s, Jim Boyd often led the Cowboy Ramblers when his brother was indisposed. Eventually, Jim formed his own band, called the "Men of the West." 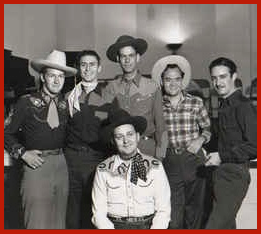 In the 1950s, the brothers terminated their radio show, retired as musicians and became DJs. In the early 1970s, Bill Boyd finally retired from the music business. He passed away at his home in Dallas at the age of 67. His brother Jim Boyd died in 1993.

For his huge contribution to early Western radio, Bill 'Cowboy Rambler' Boyd has a Memorial Star on the Hollywood Walk of Fame at 6101 Hollywood Blvd. Upon his posthumous induction into the Texas Western Swing Hall of Fame, a bill was introduced into the Texas legislature to honor Bill Boyd and his contributions to the state's Western Culture identity.

Bill Boyd & his Cowboy Ramblers - Under the Double Eagle

Bill Boyd & his Cowboy Ramblers - Goin' Back To My Texas Home

Bill Boyd & his Cowboy Ramblers - I've Got Those Oklahoma Blues