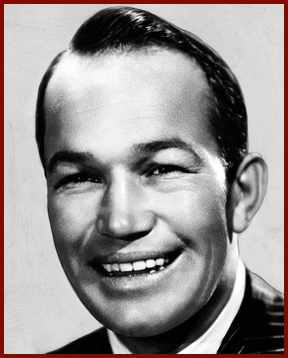 Donnell Clyde Cooley (December 17, 1910 - November 23, 1969), better known as "Spade" Cooley, was an American Western Swing musician, big band leader, actor, and television personality. He was a virtuoso fiddler and Roy Rogers' look-a-like stand-in, who had six consecutive Top 10 hits and considered himself Hollywood's King of Western Swing His career abruptly ended in 1961 when he was arrested and convicted for the brutal murder of his second wife, Ella Mae Evans.

Cooley was born in Grand, Oklahoma. Being one-quarter Cherokee, he was sent to the Chemawa Indian School in Salem, Oregon to be educated. His family was dirt poor and in 1930 moved to California during the Dust Bowl. He got the nickname "Spade" in his younger days, after he drew three consecutive hands of spades, one a straight flush, during a hot poker streak. Cooley was also an accomplished boxer in his mid-teenage years.

Spade showed up at the gates of Republic Pictures in Studio City, California in 1934. He had his fiddle in hand and six cents in his pocket. Cowboy movie star Roy Rogers gave him a job. Spade played with Roy's Sons of the Pioneers Western Cowboy singing group and worked for three years as Roy's movie stand-in. More roles in Western movies followed. 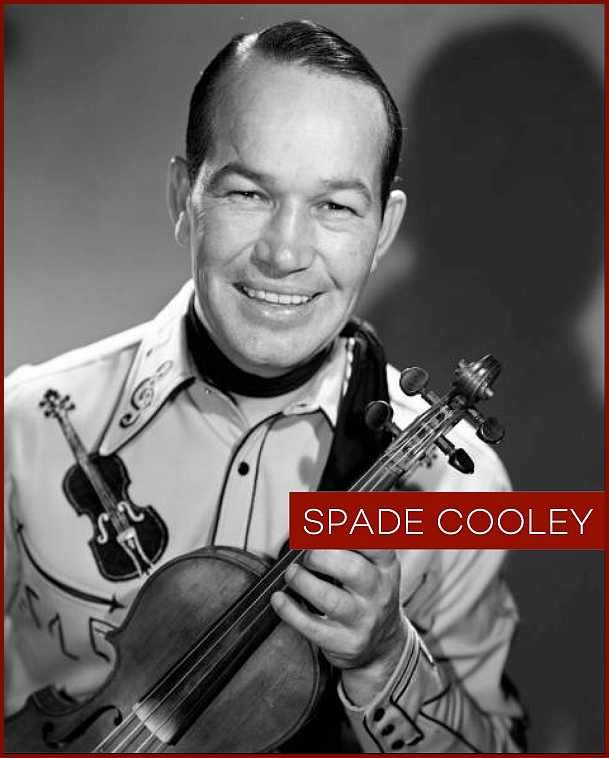 In 1942, he joined Jimmy Wakely's newly formed Western Swing band, who had become quite popular attracting hundreds of dancers every weekend to the Venice Pier Ballroom. Wakely's band was capitalizing on the huge success of the man who brought Western Swing to the West coast - Bob Wills & his Texas Playboys. Several thousand dancers would turn out on Saturday night at Ballrooms all along the West coast to swing to the toe-tapping improvisational dance music of Wills' Texas Playboys.

Cooley began gaining his own following within Wakely's band with his fancy fiddling and prancing footwork. Wakely said, "The hoards of California people and jitterbuggers just loved him." Wakely soon got a Hollywood movie contract at Universal Pictures, giving Cooley his big chance to replace him as bandleader. 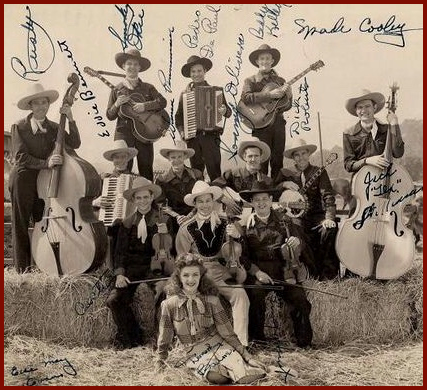 To capitalize on the pioneering success of the Bob Wills and his versatile lead singer Tommy Duncan, Cooley hired vocalist Tex Williams who was capable of the mellow deep baritone sound made popular by Duncan. Cooley's 18-month engagement at Santa Monica's Venice Pier Ballroom was record-breaking for the early half of the 1940s. His band grew in size to become the largest big swing band in the country by the late 1940s. His big hit "Shame on You", released on Columbia's Okeh label, was recorded in December 1944, and was No. 1 on the country charts for two months. A Red Foley-Lawrence Welk collaboration issued by Decca (18698) was No. 4 to Cooley's No. 5 on Billboard's "Most Played Juke Box Folk Records" listing in September 1945. Soundies Distributing Corp. of America issued one of their "music video like" film shorts of Cooley's band titled "Shame on You" in the fall of 1945. "Shame on You" was the first in an unbroken string of six Top Ten singles including "Detour" and "You Can't Break My Heart".

Cooley appeared in thirty-eight Western films, both in bit parts and as a stand-in for cowboy actor Roy Rogers. Billed as Spade Cooley and His Western Dance Gang, he was featured in the soundie Take Me Back To Tulsa released July 31, 1944, along with Tex Williams and Carolina Cotton.

The film short Spade Cooley: King of Western Swing was filmed in May 1945 and released September 1, 1945. Most true fans and historians of the genre, however, consider Bob Wills to be the true King of Western Swing, and Fort Worth's Milton Brown as the pioneering Father of Western Swing. Cooley's band was then featured in the Western film Melody Stampede released on November 8, 1945. He then expanded his band and became Spade Cooley & His Orchestra in 1949. By 1950, Cooley had significant roles in several films.

In the summer of 1946, the Cooley band fragmented after the bandleader fired Tex Williams, who had offers to record on his own. A number of key sidemen, including guitarist Johnny Weis, left with Williams, who formed the Western Caravan, which incorporated a sound similar to Cooley's. Williams had his hit recording of "Smoke! Smoke! Smoke! (That Cigarette)" in 1948. Cooley reconstituted his band with former Bob Wills sidemen, including talented steel guitarist Noel Boggs and the guitar ensemble of Jimmy Wyble and Cameron Hill. He also added full brass and reed sections to the band with tightly rehearsed arrangements that strayed from Wills' improvised Swing style. Cooley also brought a strong emphasis of the accordion to most of the band's songs, which many Western Swing traditionalists claim was the beginning of the end of being a dance band. Cooley's well-polished music evolved into more of a "show" band versus Wills' improvisational "dance" band. 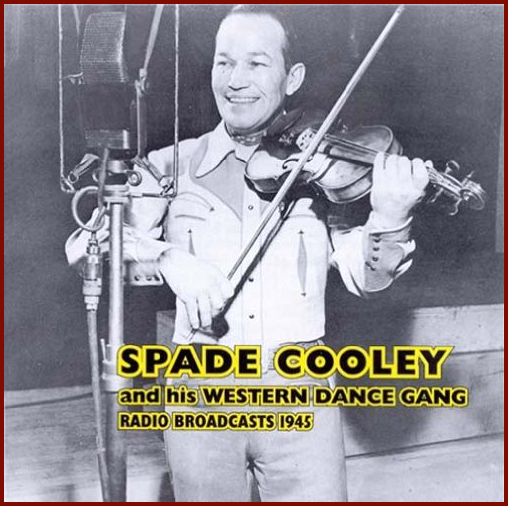 Beginning in June 1948, Cooley began hosting a variety show The Hoffman Hayride on KTLA-TV in Los Angeles broadcasting from the Santa Monica Pier Ballroom. The show became a mainstay of television in the area, and won local Emmy awards in 1952 and 1953. Guests included Frankie Laine, Frank Sinatra and Dinah Shore. The Hoffman Hayride was so popular that an estimated 75 percent of all televisions in the L.A. area were tuned into the show each Saturday night. Making use of video transcriptions, Cooley eventually transformed it into The Spade Cooley Show and it was viewed coast-to-coast via the Paramount Television Network. KTLA eventually cancelled Cooley's program and replaced it with a competing show brought over from KCOP, Cliffie Stone's Hometown Jamboree.

Although by 1956 Lawrence Welk was achieving increasing success at the nearby Aragon Ballroom, Cooley's ratings continued to drop, largely due to declining interest in his Swing show band music. 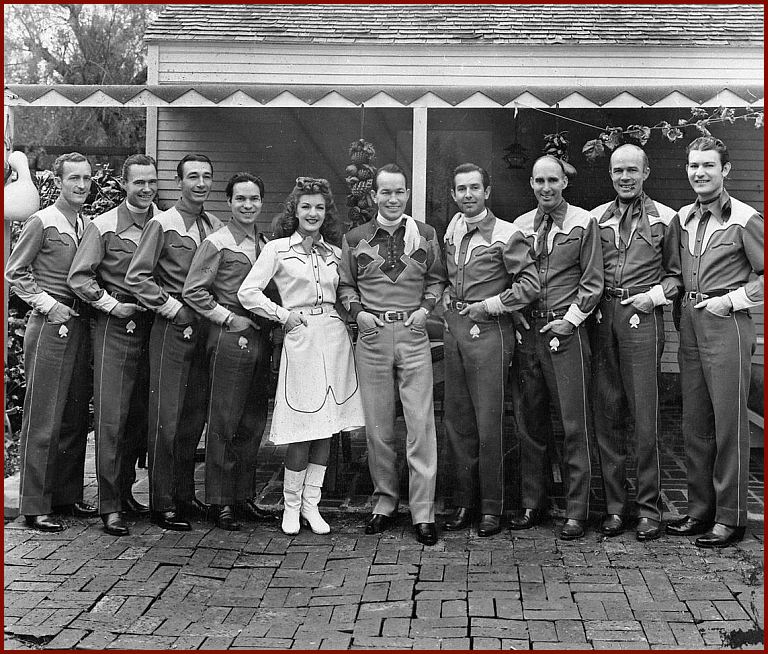 Cooley was in a so-called "battle of the bands," the date of which has not been documented, with Bob Wills and His Texas Playboys at the Venice Pier Ballroom. Afterward, Cooley claimed he won and began to promote himself as the King of Western Swing. However, most music aficionados insist Wills deserved the title of "King of Western Swing", and Fort Worth's Milton Brown should be called "Father of Western Swing". Apparently the first documented use of the name Western Swing for Wills and Cooley's style of music was in 1942 by Cooley's radio and TV promoter at the time, Forman Phillips. Thanks to his many small-part Western film roles, Cooley was honored with a Sidewalk Star on the Hollywood Walk of Fame. The foundation was laid on February 8, 1960. 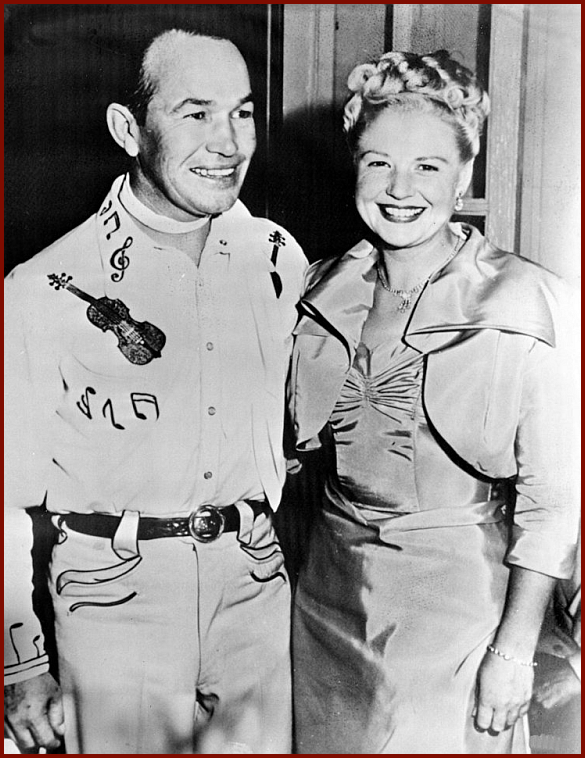 Cooley was still married to his Oklahoma high school sweetheart in 1942 when he hired, and then took up with, a beautiful young blonde singer named Ella Mae Evans. Ella Mae was fifteen years younger and was promoted by Cooley inspire of her lackluster singing voice. Spade married her in 1945, and their first daughter Melody was born the following year.

By the mid 1950s, Cooley started suspecting Ella Mae of being repeatedly unfaithful. In March 1961, she told a friend she had had an affair with Roy Rogers in 1952 and 1953. She soon asked Cooley, who had had many of his own affairs, for a divorce. On March 23, Spade Cooley filed for divorce, citing "incompatibility" and seeking custody of their three children, Melody, Donnell Jr. and John.

On April 26, 1961, Cooley was indicted by a Kern County grand jury for the murder of his wife on April 3 at the couple's Willow Springs ranch home. Cooley's then 14-year-old daughter, Melody, recounted to the jury how she was forced by her father to watch in terror as her father brutally beat her mother's head against the floor, stomped on her stomach with all his might and then crushed a lit cigarette against her skin to see whether she was dead. Cooley then told the police his wife had been injured falling in the shower. 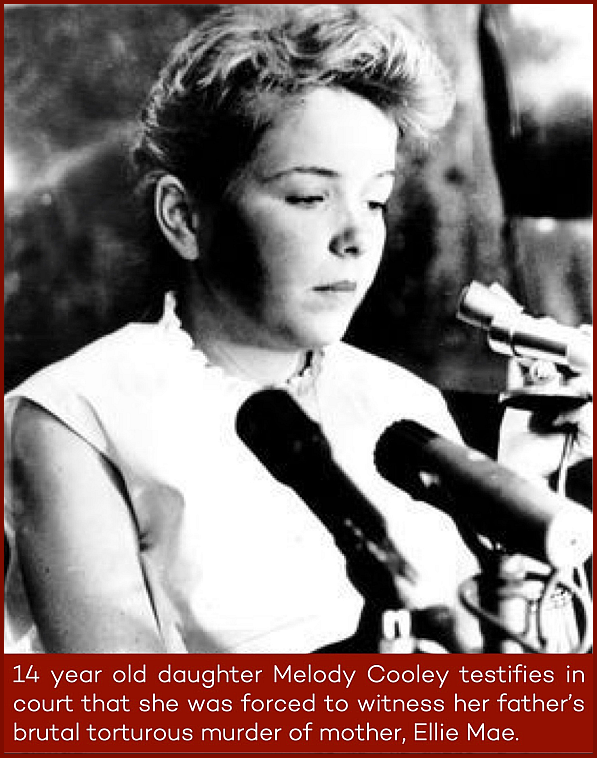 He was defended by attorney P. Basil Lambros in what was the longest case in county history at the time, and was convicted of first-degree murder by a Kern County jury on August 21, 1961 after unexpectedly withdrawing an insanity plea. He was spared death in the gas chamber and sentenced to life in prison.

On August 5, 1968, the California State Adult Authority voted unanimously to parole him on February 22, 1970. Cooley had served nearly nine years of a life sentence, and was in poor health from heart trouble. On November 23, 1969, he received a 72-hour furlough from the prison hospital unit at Vacaville to play a benefit concert for the Deputy Sheriffs Association of Alameda County at the Oakland Auditorium (now known as the Henry J. Kaiser Convention Center) in Oakland. During the intermission, after a standing ovation, Cooley suffered a fatal heart attack backstage. He is interred at Chapel of the Chimes cemetery in Hayward, California.

"Shame On You" - Spade Cooley