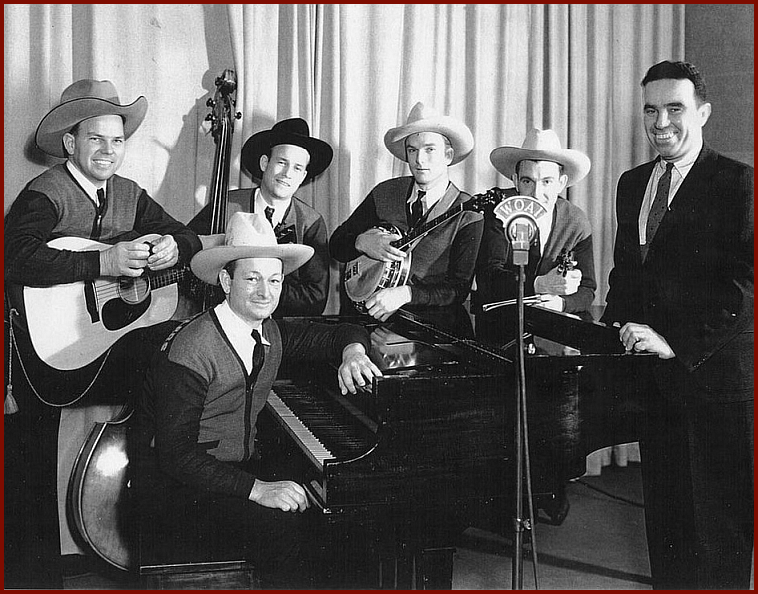 THE TUNE WRANGLERS were an early pioneering Western Swing band organized in the Cowboy ranch country of Bandera, Texas in 1934 by cowpoke guitarist Buster Coward and cattle ranch fiddler Tom Dickey. Like many of the early Texas string bands of that era, the Wranglers modeled themselves after Fort Worth's enormously popular Milton Brown & his Musical Brownies band, playing popular swing jazz and blues flavored cowboy tunes with a hot 2-4 rhythm beat. 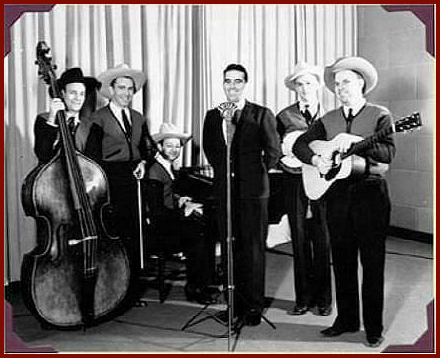 They began broadcasting later that year in nearby San Antonio on 50,000-watt WOAI and soon added Eddie Fielding on banjo and Charlie Gregg on harmonizing twin fiddle and vocals. With their immediate success on the radio, they began touring annually to perform in more than 200 towns throughout Texas and Oklahoma, traveling more than 200,000 miles to get there and back. The Tune Wranglers always billed themselves as a true western cowboy band. They were one of the very first Western Swing bands to appear in authentic cowboy regalia, which later became the standard for such groups.

Two years later, they were signed to a Bluebird recording contract and eventually released seventy-eight sides on that label. Of these, Buster Coward's "Texas Sand" was their biggest hit, followed closely by "Red's Tight Like That," a slight variation on Tampa Red's risqué 1928 "It's Tight Like That". 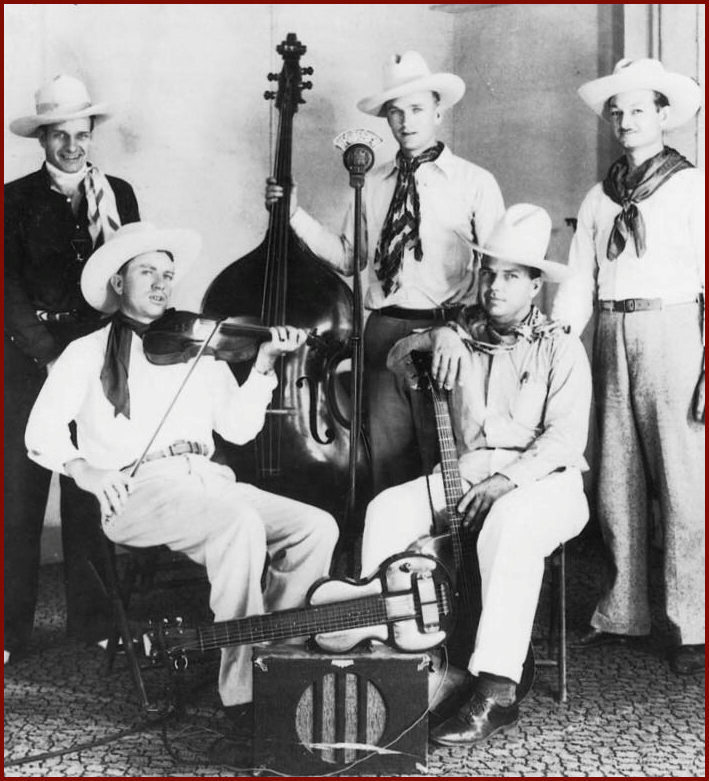 The band's popularity wandered over the border into Mexico courtesy of the frequent Spanish broadcasts over WOAI and other regional South Texas Spanish language radio stations. This airplay dramatically increased when the Tune Wranglers released a huge surprise hit in 1936, a Mexican Mariachi cover of "El Rancho Grande". The Bluebird label honchos liked the Mexican angle well enough to begin an entire series, promoting the band's cover of Mariachi songs under the pseudo Spanish band name of Tono Hombres.

In the beginning, the Tune Wranglers played lively and compelling music, influenced by jazz and pop tunes of the day. This trend continued with the addition of jazz pianist Eddie Whitley, steel guitar legend Eddie Duncan. Banjoist Fielding's eventual replacement was the red-hot banjo player Joe Barnes, who took the stage name of Red-Hot Brown. Barnes became the band's hot attraction, sporting a rapid solo style of banjo picking that influenced a wide range of musicians. 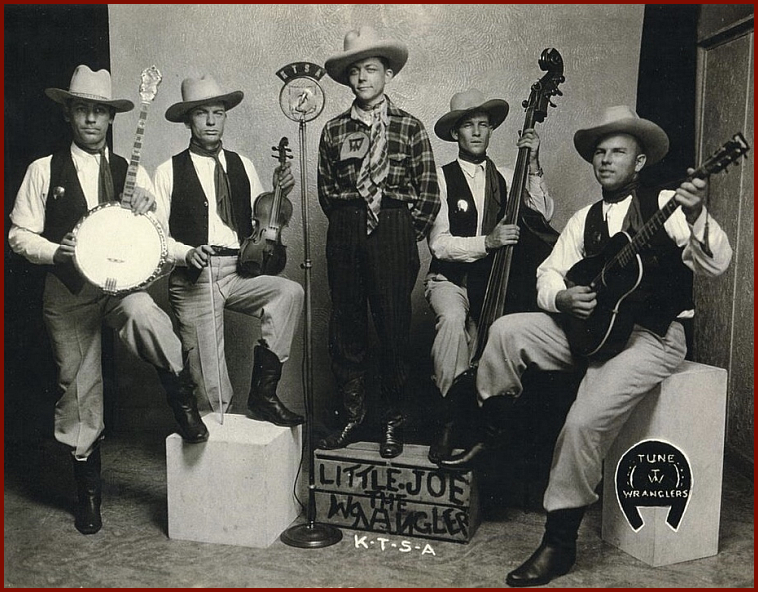 Jimmie Revard's Oklahoma Playboys was another band from the same time who had moved from Oklahoma to San Antonio. They were considered quite similar to the Tune Wranglers, and with good reason; many of the same guys were on-stage with both bands in a series of revolving-door lineups. Eddie Whitely would sing on the early Revard Playboys sides, for example, and then went back to his Tune Wranglers; meanwhile, his replacement switched places with him to the Oklahoma Playboys. 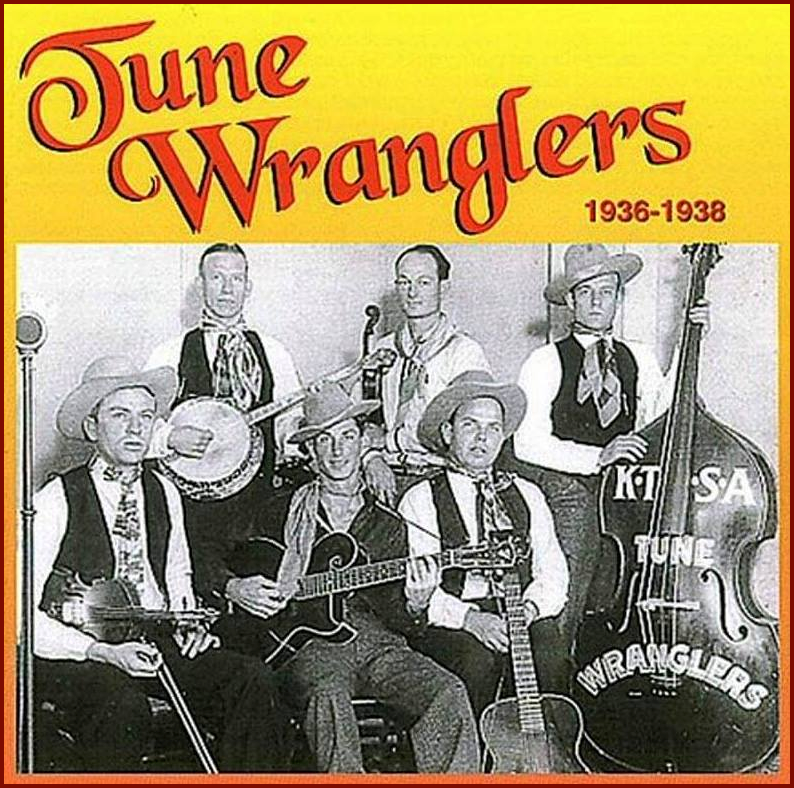 Almost all of the Tune Wranglers took a turn as vocalist. Their hugely popular "El Rancho Grande" featured a beautiful 3-part harmony from the group, with the others tossing in fun asides and shouting lively hollers of encouragement.

Most of the band members apparently never went full-time with their musical pursuits, keeping a hand on a lasso or two in play as authentic ranch cowboys. Tom Dickey left the band in 1937 to pursue his ranching interests. The band became less active with their long distance performances in the late 1930s, although they remained ever popular on radio, recordings, and local live performances in the many dancehalls throughout central and south Texas. They had a huge following of fans throughout the state of Texas and Mexico. 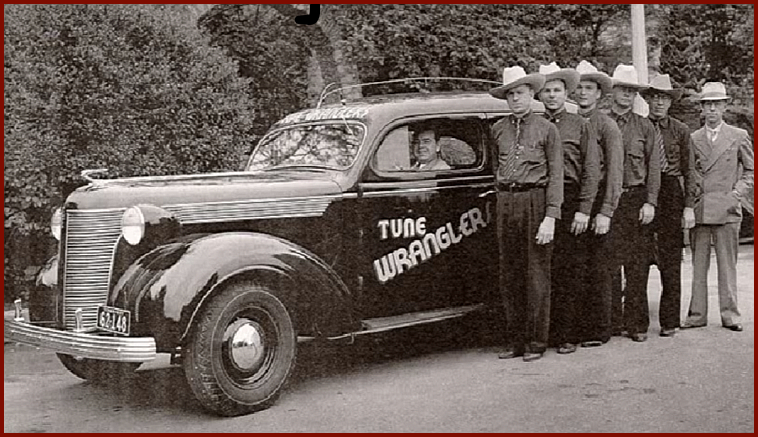 Later members of the group included fiddler Leonard Seago and the twins Beal and Neal Ruff who played reeds and tenor banjo respectively. The band's third and final recording session for Bluebird on October 25, 1938 consisted mostly of Hawaiian numbers including the romantic hit song "Hawaiian Honeymoon."

In 1939 the Tune Wranglers moved 275 miles north to the hotbed birthplace of Western Swing in Fort Worth at radio station KFJZ, then finally disbanded in 1940. In 1981 the Texas Rose label released a complete compilation of their recordings-The Tune Wranglers, 1936-38.