Thomas Elmer Duncan (January 11, 1911 - July 25, 1967), better known as Tommy Duncan, was the most important vocalist in the history of Western Swing, who gained fame in the early pioneering days of the genre in the 1930s as a member of the Light Crust Doughboys and founding member of Bob Wills and His Texas Playboys. He also wrote several songs with Wills, as well as recording nearly 400 songs and touring with Bob and his Texas Playboys on and off into the early 1960s..

Duncan was born near Whitney, Texas on a sharecropper's farm into a large and impoverished family of truck farmers. He was one of 14 children and grew up picking cotton in the stifling central Texas heat. His most profound influence as a young singer were the many black co-workers singing the blues in the cotton fields, where he learned from and sang alongside them. He also grew up idolizing Jimmie Rodgers, Bing Crosby, Emmett Miller, Bessie Smith, Louis Armstrong and other early country, crooner, blues and jazz musicians. He left home at 13 to sharecrop on a cousin's farm near Fort Worth, Texas, and by 1932 was barely surviving as a street busker in downtown Fort Worth, singing at a root beer stand. That same year he won an audition against 66 other singers to join the Light Crust Doughboys, a fast-rising pioneering Western Swing band in Fort Worth, which featured bandleader Bob Wills on fiddle. Milton Brown, the former lead singer for the Doughboys, had left a month earlier to successfully start his own Fort Worth band, the Musical Brownies. Duncan was hired after he sang a version of Emmett Miller's "I Ain't Got Nobody" and impressed Wills with his brilliant yodeling ability and bluesy phrasing. As was common at the time, the Doughboys appeared on a radio show under the sponsorship of a local business, in their case Burris Mill and Elevator Company, producers of Light Crust Flour. Duncan quickly became a sensation, both on the WBAP radio show and at occasional dances and other appearances. The President of Burris Mill, W. Lee "Pappy" O'Daniel, who would go on to eventually become the Governor of Texas and a U.S. Senator, was very strict with the band and would rarely allow them to play dances to make extra money.

When Wills decided to form his own independent band and break away from the controlling O'Daniel, he moved the nucleus of the Doughboys to Waco in 1933, where he and Duncan became the creative core of the new band - Bob Wills and the Playboys. O'Daniel then filed a lawsuit against the Playboys in Waco in late 1934, so they packed up and headed to Oklahoma, renaming the band - Bob Wills and His Texas Playboys. They first settled in Oklahoma City, and then moved to Tulsa in early 1934 where they became an overnight sensation throughout the southwest United States on Tulsa's powerful 50,000 watt KVOO radio, eventually expanding their band to as many as 20 musicians and traveling all over Oklahoma, Texas and Louisiana to perform at hundreds of concert appearances and dance halls over the next seven years.

Duncan's greatest talent was his was amazing versatility in his singing style and repertoire. He was credited with a fine voice and range, and was ideal for the kind of wide-ranging dance music that Wills was arranging from Frontier fiddle breakdowns to blues, jazz and many of the popular current songs of the time. He sang everything from ballads and folk to pop, Tin Pan Alley, Broadway, Blues and Cowboy songs. 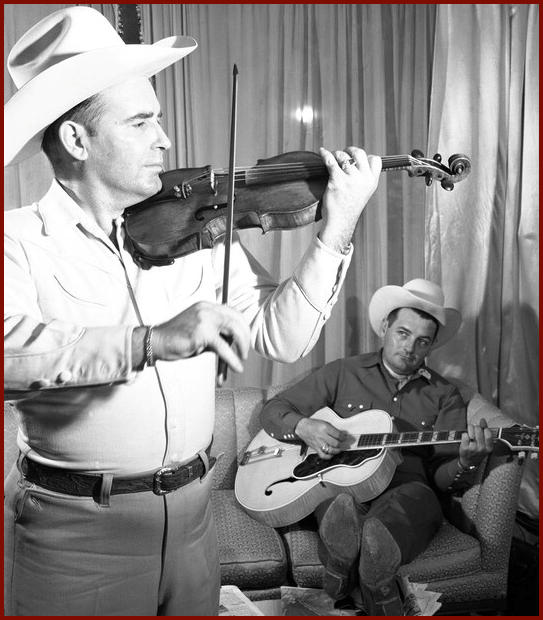 As a lyricist, he collaborated with Wills to co-write "New San Antonio Rose" in 1940. That recording, with Duncan on lead vocal, sold three million copies for Columbia Records. Duncan married, but after only a few years his wife developed cancer and died. Ironically, Duncan's first royalty check for "Time Changes Everything" was used to cover her funeral expenses.

Duncan soon set the standard for Western Swing vocals. When Hollywood Western movies called in the mid 1940s, he and the Texas Playboys traveled to California and performed in a number of Western films while introducing the entire West Coast to their new hot-jazz string sound called Western Swing. The Texas Playboys were soon attracting larger crowds than the famous big swing bands like Tommy Dorsey and Benny Goodman. While in California, Duncan became good friends with Bing Crosby after he had successfully recorded a crooner version of New San Antonio Rose. They also stabled their horses together in California. A virtual "human jukebox," Crosby told everyone who would listen how he was amazed that Duncan could memorize the lyrics and melodies to more than 3,000 songs and easily adjust his voice to sing in so many versatile styles. He was a master stylist with the ability to make each song sound as though he wrote it. Duncan was also a multi-instrumentalist who could play piano, guitar and bass.

After a decade of musical success, Duncan was the first member of Wills' Texas Playboys band to volunteer for the armed services after the bombing of Pearl Harbor. His service lasted less than a year when he received a medical discharge and rejoined Wills in 1944 as the war neared its end.

He appeared with Wills and several of the Playboys in a number of Western movies, including Bob Wills and His Texas Playboys (1944), Rhythm Roundup (1945), Blazing the Western Trail (1945), Lawless Empire (1945) and Frontier Frolic (1946). Duncan joined Wills in writing several more numbers, including "New Spanish Two Step" (1945), "Stay A Little Longer" (1945), "Cotton-Eyed Joe" (1946) and together with Cindy Walker, "Sally Goodin" (1947). One night in a bar visiting with songwriter Walker, Duncan motioned for her to look at a gentleman sitting just a few tables away who was staring at his glass of beer. Duncan commented to her that he's just been "watchin' the bubbles in my beer." Instantly they both realized they had a song idea and together wrote "Bubbles in My Beer", which became one of the staples of Western Swing music. Aside from "Faded Love", sung by Rusty McDonald and Leon Rausch, every Texas Playboys record that was a hit featured Duncan on vocals, cementing his status as the finest vocalist in the history of Western Swing.

In 1948, Wills fired Duncan when he overheard him complaining about Wills missing shows due to his drinking binges. Duncan then organized another Western swing band - Tommy Duncan and His Western All Stars, featuring his younger brother Glynn. Another brother, Joe Duncan, was the lead vocalist for Johnnie Lee Wills' band in Tulsa for a period of time. At the height of the band's popularity, Duncan and the band made an appearance in the 1949 Western film, South of Death Valley, starring Charles Starrett and Smiley Burnette. Musical tastes were changing, however, and attendance at the Western All Stars' dances ranged from fair to poor, certainly not enough to sustain a large band, which lasted less than two years.

From 1959 to 1961, Duncan and Wills re-united and again toured and recorded several records together, rekindling much of their former success. By this time Duncan's voice had evolved to a mature mellow croon and he used it to the greatest effect.

Duncan, who had previous heart problems, died in his hotel room in San Diego, California after a performance at Imperial Beach on July 24, 1967. The coroner's report said he was "lying on the floor with evidence the victim had a heart condition... numerous pills for his heart were found among personal effects". He was buried near Merced, California. 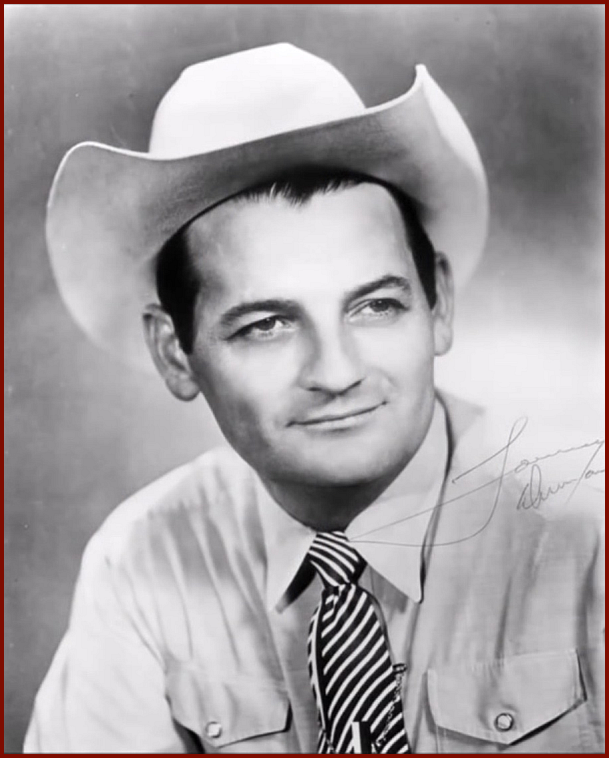 Duncan's reputation was that of a unique and distinctive talent, a hillbilly Bing Crosby who never compromised his style to be more popular or commercial. On his own and with Wills, he was an influence on such artists as Elvis Presley, Jerry Lee Lewis, Ray Price, Merle Haggard, Willie Nelson, Waylon Jennings, Roy Orbison, Buddy Holly, Red Steagall, George Strait, Clint Black, Randy Travis, Garth Brooks and Tracy Byrd. Duncan has been honored and influenced by numerous contemporary Western Swing entertainers such as Ray Benson's Asleep At The Wheel and the fine Tommy Duncan look-a-like and sound-a-like - Billy Mata & his Texas Tradition, who recently released a wonderful tribute trilogy of albums entitled "This Is Tommy Duncan".

As a member of The Texas Playboys, he was posthumously inducted into the Rock and Roll Hall of Fame as an Early Influence in 1999, and was also inducted into the Texas Music Hall of Fame. Glynn Duncan and his son Larry are among thousands of people who consider Duncan one of the most versatile vocalists of the 20th century. To gain the best feel for Duncan's versatility, check out the Bob Wills Texas Playboys' "Tiffany Transcription" recordings.


"In the Shadow of a King - The Tommy Duncan Story" 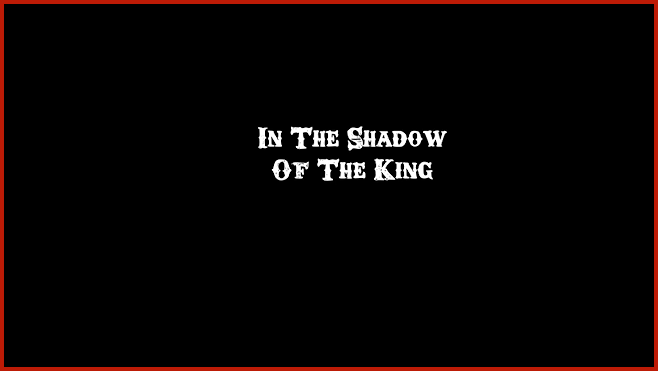