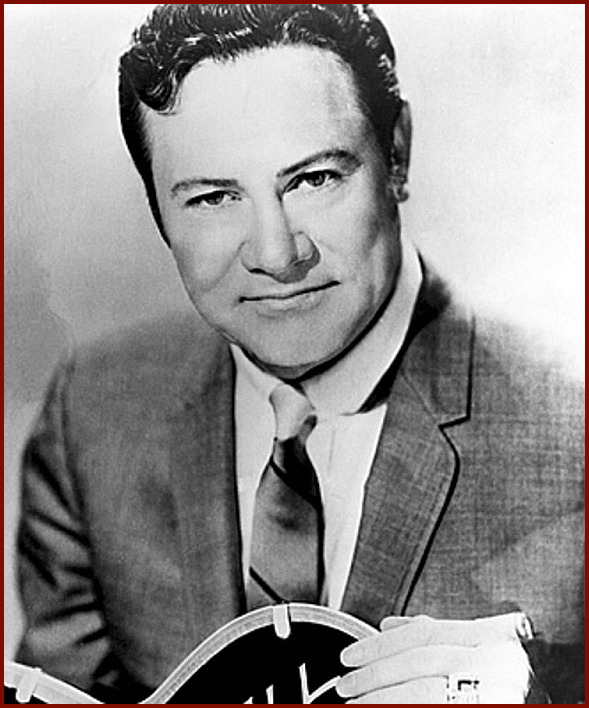 Lefty Frizzell has been called the most influential singer/stylist in the history of Country Music. An original vocalist who set the style of singing "the country way" for the generations that followed. Lefty influenced a number of great singers over the past sixty years like George Jones, Willie Nelson, Roy Orbison, The Everly Brothers, Keith Whitley, Merle Haggard, John Fogerty, Randy Travis, Clint Black, George Strait and Garth Brooks.

William Orville Frizzell was born the son of an oilman, the first of eight children, on March 31, 1928 in Corsicana, Texas. His father was a roughneck oil driller who moved the family from Texas to El Dorado, Arkansas, shortly after his birth. As a child he was called "Sonny", but later took the name "Lefty". It was believed he picked up that second nickname as a result of his mean left hook honed in neighborhood fights.

His uncle Lawrence bought him his first guitar from an old black farmer for $2. With that guitar and an old Victrola, Lefty learned every song of his two heroes and greatest influences, the Texas Blue Yodeler Jimmie Rodgers and the versatile Western Swing singer Tommy Duncan. By an early age, Frizzell developed the style of singing that would revolutionize how country songs would be sung. 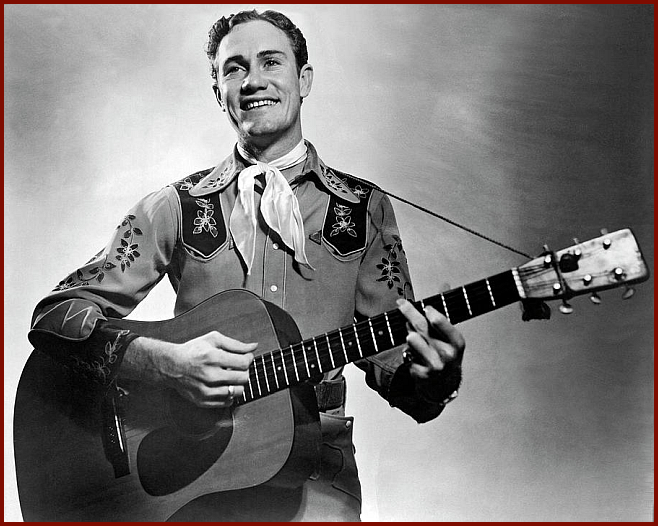 Just as his popularity was beginning to take off in 1947, the 19-year old Frizzell was arrested for having sex with an underage fan. He had been married only a year, and filled with guilt, he wrote poems to his wife from his prison cell; one of them would eventually become his first big record. After release in late 1949, he was led away from music, and back to the oil fields in Texas with his father.

By late 1949, Frizzell had landed a steady job performing at the Ace of Clubs night club in Big Spring, Texas, where he developed a dedicated fan following playing mostly Western Swing music and beginning to craft and write his own songs that suited his unique voice. After spending several months singing in other various honky tonks, barn dances and ranch parties, Lefty got the attention of Columbia Records in 1950. During one of his Texas shows, Jim Beck, owner of a Dallas recording studio, was starting to take notice of Frizzell. Beck had deals with several major record producing labels and maintained connections with the many publishers. He was very impressed with Frizzell's performance, and invited him to make a free demo at the studio. 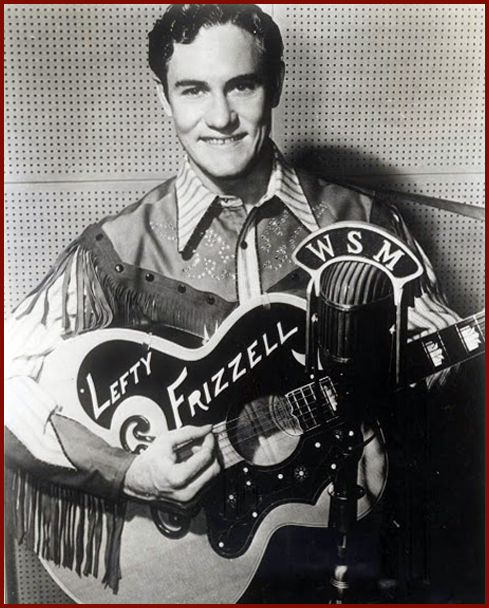 In April 1950, he cut several demos of Frizzell singing his own songs, including "If You've Got The Money (I've Got The Time)," which Beck took to Nashville where he pitched it to Little Jimmy Dickens, who disliked the song. However, Columbia Records producer Don Law heard the cut and loved it. Law immediately signed him to Columbia, after hearing a unique sound no one including himself had ever heard before. He was amazed at how Lefty could smooth out the rough edges of a Western Swing or honky tonk song by stretching out syllables longer and melodically phrasing his singing style. Because of this new style of singing, his music became much more mainstream without losing its honky-tonk attitude or persona.

Frizzell signed with Columbia at age 22 and released an immediate smash hit two-sided record in July 1950 - "If You've Got The Money" and the b-side being the song he had written to his grief-stricken wife from jail - "I Love You A Thousand Ways". The two song record launched him into stardom and within two years, he registered 13 Top 10 Country hits.

By 1951, he had perfected his vocal style and refined his guitar skills. He began working with a core group of Fort Worth based musicians, including pianist Madge Suttee. In the beginning of 1951, he formed his traveling band, the Western Cherokees, led by Blackie Crawford, and soon they became his primary band for both live performances and recording sessions. During his early career, Lefty was in the studio extensively, recording numerous singles. Lefty literally owned the charts with his subsequent release of "I Want To Be With You Always" (#7), "Always Late (With Your Kisses)" (#1), "Mom And Dad's Waltz" (#2), and "Travelin Blues" (#8). Frizzell amazingly held the number one spot with three different songs for 26 consecutive weeks. Having 4 songs in the top 10 at the same time, is a feat that no other artist has ever been able to duplicate. 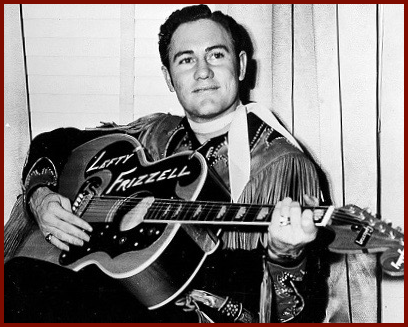 By mid-1951, Frizzell had become the only artist that could be considered to match the popularity of Hank Williams. And 1951 and 1952 saw Frizzell even touring with Hank Williams to huge sellout crowds. "There's enough stories in that tour to fill a book..." Frizzell once said about their tour together. It has been said that the towns that they played have never been the same. Lefty said, "Hank and I did shows together. We'd flip a coin to see who would go first..... I forget where we were at the time, but one day Hank said, 'Someday, when you slow down, you need to join the Opry.'"

Frizzell's signature guitar was a 1949 Gibson J-200 (Model SJ-200). Originally built by the Gibson Guitar Corporation, it was retrofitted in early 1951 with a custom neck and pick-guard by guitar maker and innovator Paul Bigsby. In a 2003 interview Merle Haggard recalled, "When I was a teenager, Lefty got me onstage [at the Rainbow Garden in Bakersfield, California] and handed me that guitar. That is the first guitar I played on a professional stage." For many years it had been on loan to and displayed at the Country Music Hall of Fame in Nashville, Tennessee. In January 2005 it was returned to the Frizzell family. It was later sold at auction by Retrofret, with an asking price of $350,000. Merle Haggard purchased the guitar and it remains a part of his private estate. 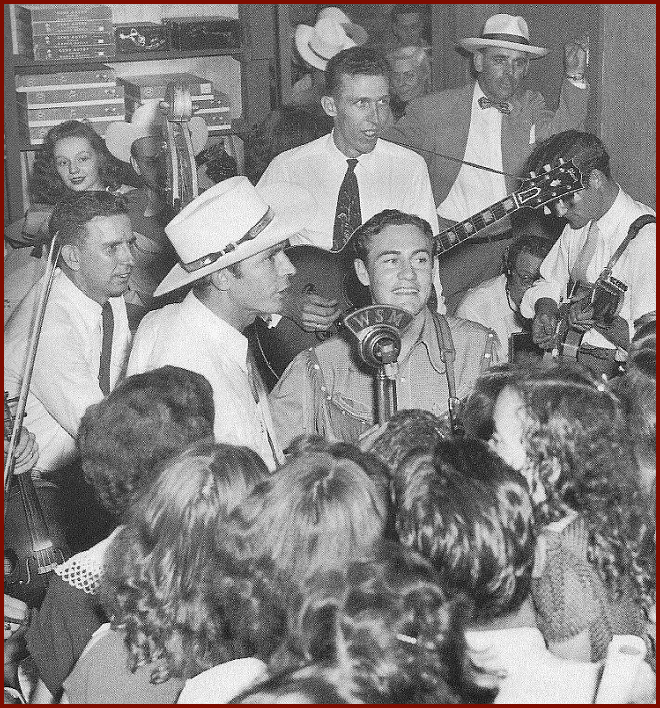 Despite his massive success, things began to get worse for Frizzell. He fired his manager and band, and joined the Grand Ole Opry, however, he quit very soon thereafter. Even though he was earning a lot of money, he was spending almost all of it. He began to work with Wayne Raney, but the sessions were considered a failure. In 1954, Frizzell had an automobile accident after leaving the Louisiana Hayride in Shreveport en route to a concert in Mississippi. After the accident Frizzell decided to leave the Opry on his own accord and moved to California. He continued at a frenetic pace through the remainder of the 50's in California, where he toured constantly, headlining the Hollywood Bowl in 1955 and appearing regularly on the TV show "Town Hall Party", the Compton-based country show that was a mini-version of the Opry and "Country America." 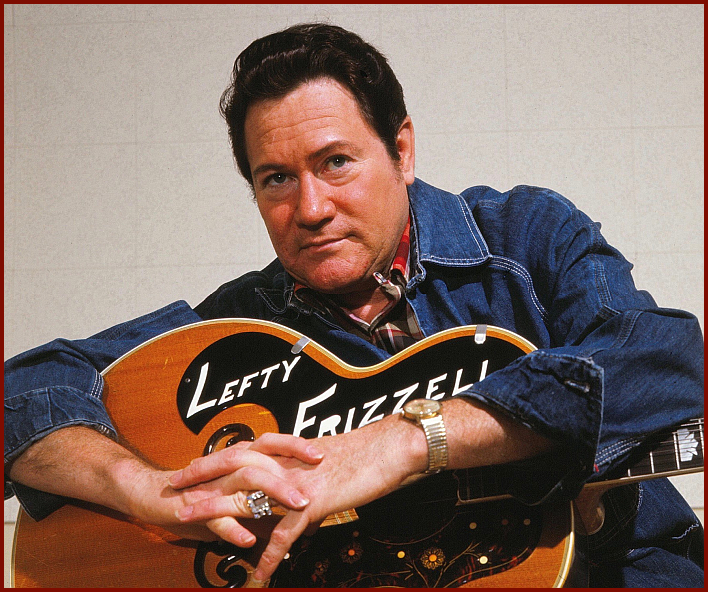 After charting 15 top tens between 1950 and 1954, Rock 'n Roll began to take the country by storm, leaving country music in a near standstill. Nashville began searching for a new and more polished sound that did not fit well with Frizzell's Western Swing and honk-tonk style. Having few hits in the middle to late 1950s, Lefty felt burnt out and had little energy for his career. He became frustrated that Columbia Records would not release what he thought to be his best material, so he stopped writing and recording songs. He continued to tour extensively, however.

Deciding on change, he moved to Nashville after the Town Party Hall had closed and began to work at Nashville's Cedarwood Publishing Company in 1959 with Jim Denny. Lefty's last big hit came in 1964 with the huge #1 "Saginaw Michigan", a song so strong, nothing could hold it back. It was nominated for a Grammy, and crossed over to the pop chart, a rarity for country songs of that era. That next year, "She's Gone, Gone, Gone" was his last Top 20 hit. 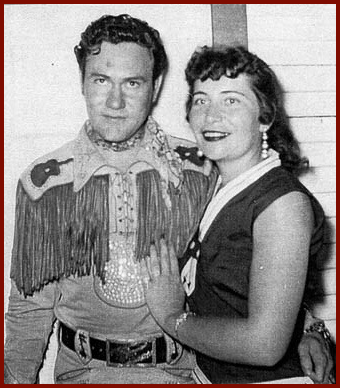 Frizzell began a downward spiral after years of alcohol abuse. He recorded many songs, but Columbia released very few. Because of his declining record sales, he began to perform less and less. In 1968, he recorded with June Stearns as Agnes and Orville. In early 1972, he left Columbia records and signed with ABC Records and recorded two albums that some regard as his masterpieces. "That's The Way Love Goes", "I Can't Get Over You To Save My Life" and "I Never Go Around Mirrors" co-written by Frizzell whose disillusioned tone could be seen in part as a reflection on his own troubled life. Don Gant, who produced the album, reported that the singer was so moved when he listened to the finished album he broke down and cried. "He was just overcome that it could be that good," Gant said.

The mid 1970's saw country music going through a change. Nashville was caught up in the pursuit for pop hits while Willie Nelson and Waylon Jennings were beginning to create a new Texas Outlaw sound out of Austin. Lefty Frizzell longed for the return of traditional country and his Western Swing roots.

Lefty eventually developed high blood pressure. His appearance changed drastically and his voice had deteriorated. On July 19, 1975, country music lost a part of it's very soul. Lefty chose alcohol over taking his high blood pressure medication, causing the stroke that took his life. He was only 47. Lefty Frizzell was buried at Forest Lawn Memorial Gardens in Goodlettsville, Tennessee. He was inducted into the Nashville Songwriter's Hall of Fame in 1972 and posthumously into the Country Music Hall of Fame in 1982. 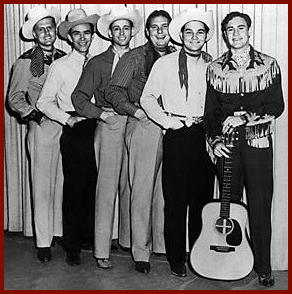