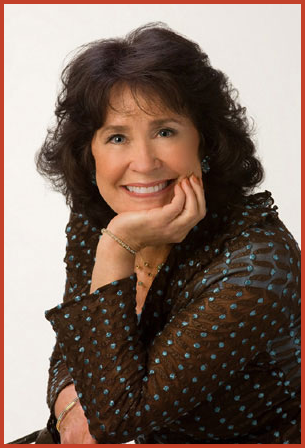 Barbara Martin grew up in a 1960s California home where big band music was always on the radio. She sadly passed away in 2020 in Austin, Texas after fulfilling a lifelong passion for the music she loved. Her innovative publication business, launched in 1998, connected thousands of fans and musicians through her countless hours of personal involvement and creative writing skills. Her father's good taste in music had greatly influenced Barbara, and over the years she became very familiar with lyrics and song titles of many standard tunes. She took an interest in composers, arrangements and sectional recording work. And Barbara was the first to admit she had no musical talent and couldn't sing, but she passionately explained, "I always knew I was a musician in my heart." 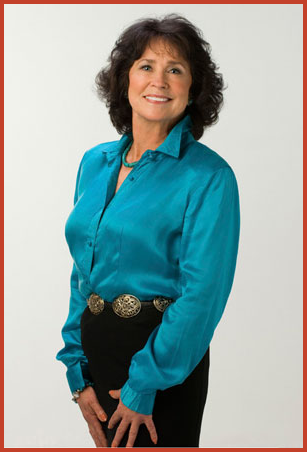 Her literary career started in junior high school when she authored and announced morning radio spots on the campus PA system. She was the Editor of the school yearbook. As college electives, Barbara studied music theory and composition and took journalism classes. Music and journalism are her life's passions.

Elvis and Ricky Nelson took the music world by storm. Her Dad built a tall mono speaker and surprised her with "Travelin' Man" as the first vinyl he spun. In the early '60's Barbara's taste in music branched out to include the "country and western" sound. Televised music shows such as Town Hall Party, and The Blackjack Wayne Show caught her attention. Bands in sharp western wear were swinging out with steel guitar, drums, guitar, doghouse bass and fiddle. During her college years in the Bay Area, Barbara was attracted to local alternative and country-rock bands that were blowing the roof off with steel and fiddle choruses: Asleep at the Wheel, Commander Cody, Elvin Bishop, Dan Hicks and the Hot Licks. 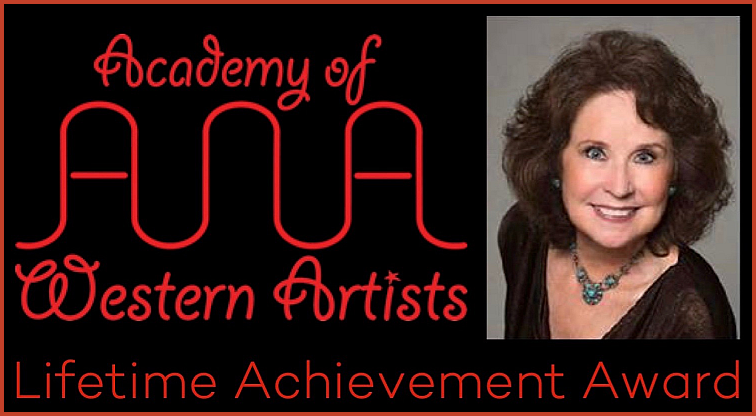 Traveling and living in different regions of the country was a challenge that appealed to her and to the gypsy in her soul. After college, she attended graduate school in Virginia and happened to stumble upon a bluegrass festival that Ralph Stanley and the Clinch Mountain Boys headlined. That was another style of music new to her, and she loved the fiddle breakdowns. The local Southern radio stations were playing Southern rock by Amazing Rhythm Aces, Allman Brothers and Eric Clapton coming out of Muscle Shoals Alabama studios and she took to it. Many of the artists were working in Tulsa, too, contributing to what came to be known as The Tulsa Sound. Of course she bought LPs by JJ Cale, Leon Russell, Jesse Ed Davis.

Forever a fan of harmony and lyrics that paint a picture, cowboy music has been a staple in her life since television first brought Gene Autry and Roy and The Sons of the Pioneers into our homes. "Riding Down the Canyon," "When the Bloom is on the Sage," "The Timber Trail." She has been to dozens of live performances of her heroes Sons of the Pioneers, Red Steagall, Riders in the Sky and looks forward to dozens more. Being open to all forms of music and going out to enjoy live music wherever she lived have brought a world of new experiences to Barbara's life. "It will open up your world and bring you joy." 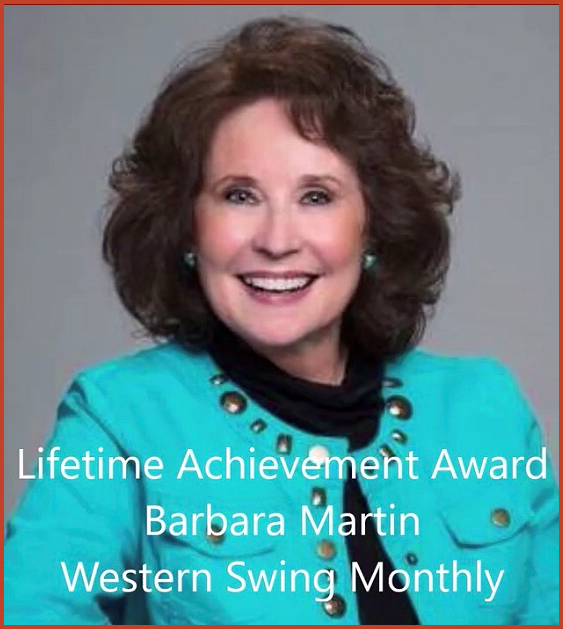 In 1993, a friend gave her Asleep at the Wheel's first Tribute to Bob Wills album. At the time she was bored to death working in an office in Danville, CA. and this woke her up! It opened a new horizon. She thought the music was so compelling, she had to learn all she could about Bob Wills and the unique American art form called Western Swing. Time to travel to Texas!

Red Steagall's Cowboy Gathering in Fort Worth introduced her to the Texas Playboys: Leon Rausch, Johnny Gimble, Joe Frank Ferguson, and Billy Briggs live on stage playing Western Swing! Next at The Legends of Western Swing Festival in Texarkana she happened to win the drawing for the Leon Rausch Fan Club. Barbara got to go back stage and meet Leon, Johnny Gimble and The Texas Playboys, and needless to say she was thrilled!

Barbara next found the Lincoln County Cowboy Symposium in Glencoe NM where she met Jesse Morris, Dean McKinney Moore and Ray Reed. She attended the 1996 Bob Wills Birthday Bash at Cains in Tulsa and met Luke Wills, Benny Garcia, Glynn Duncan and Blub Rhees. She accompanied Dean McKinney to Turkey Texas for Bob Wills Day and met Curly Lewis, Bobby Koefer, Eldon Shamblin, Dr. Charles Townsend and Jody Nix. Dean introduced her next to Herb Remington and Cindy Walker. Dean, as President of the Sacramento Western Swing Society, offered her a column to report her travels in the Music News. Barbara called her column Music Notes. She wanted to make fans aware of these fabulous festivals. 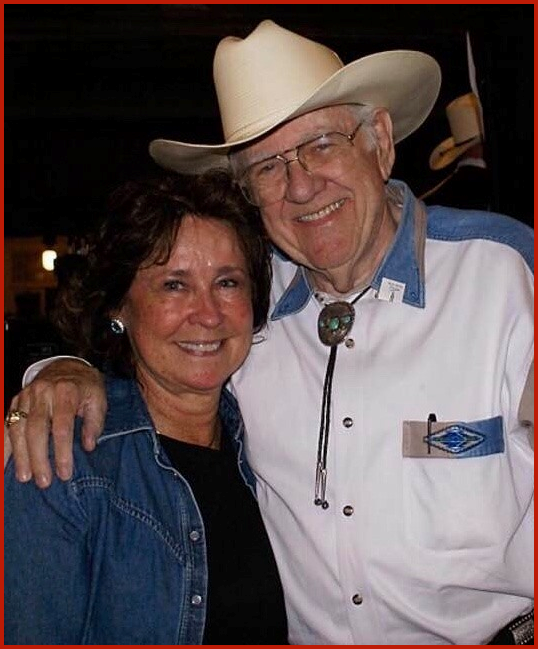 Realizing that Texas was the birthplace and hotbed of Western Swing music, Barbara packed up and moved there. To her surprise, there was no central clearinghouse to notify fans of the upcoming dances and festivals. Johnny Gimble, Curly and Edie Lewis, Leon and Vonda Rausch, and Dave Alexander encouraged Barbara to send out a fan letter so folks would know where bands will be playing. In November 1998 the first issue of Western Swing Monthly was printed and mailed. The purpose of the magazine was to bring fans and bands together, to increase awareness of Western Swing music everywhere, to recognize and celebrate the greats who gave us this music and to preserve the traditions of fellowship and camaraderie that started with the ranch dances of long ago.

Fans of music around the country gravitated to the publication as it became the hub of news about the Western Swing world. Dave promoted it on his radio and live shows; Johnny Gimble introduced her in the audience at music festivals. Larry Scott and Mike O'Daniel recommended WSM. Cindy Walker, Cliff Bruner and other greats got behind the efforts of Western Swing Monthly. It couldn't have happened without them. I will always be grateful.

Barbara's monthly periodical has been the definitive standard for Western Swing playdate listings and current events. It has reunited long-lost bandmates, brought together generations of Western Swing performers, kept readers apprised of others who were ill and needed cards. The magazine introduced and reviewed new Western Swing bands, CDs, radio programs, movie and book projects from all over the country.

For over two decades Barbara's monthly periodical was the definitive standard for western swing playdate listings and current events. It reunited long-lost bandmates, brought together generations of western swing performers, kept readers apprised of others who were ill and needed cards and kept everyone in the know. The magazine introduced and reviewed new western swing bands, CDs, radio programs, movie and book projects from all over the country.

After 21 years and 243 regular monthly issues, Barbara retired from her Western Swing Monthly publication. She passed away just 18 months later in 2020 from a battle with cancer. She has been praised by countless musicians and fans alike and will be sadly missed by all as evidenced by these memorable comments:

Barbara's extensive research and articles on western swing music and its music makers over the past three decades have enriched the annals of music history. She wrote biographical articles and in-depth interviews on Eldon Shamblin, Adolph Hofner, Deacon Anderson, Joe Frank Ferguson, Johnny Cuviello, Skeeter Elkins and Jimmy Wyble. Many folks often said "she knew everyone!" And it was because she attended more than a thousand western swing dances, shows and festivals, meeting face to face with musicians and music fans alike. Her support and promotion of music entertainers, bands, club owners, festival sponsors, and the thousands of fans who helped keep the music alive won her friends and admirers from around the world.