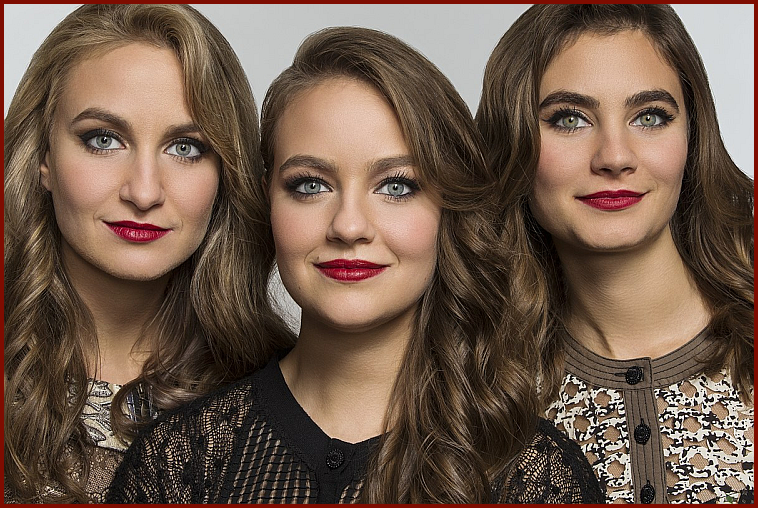 With over eighteen years of touring to date, The Quebe Sisters began performing in the small Texas town of Burleson and have successfully delivered their authentic triple fiddle and perfect three-part vocal harmony to concert halls and festivals throughout North America, Europe, and Russia. 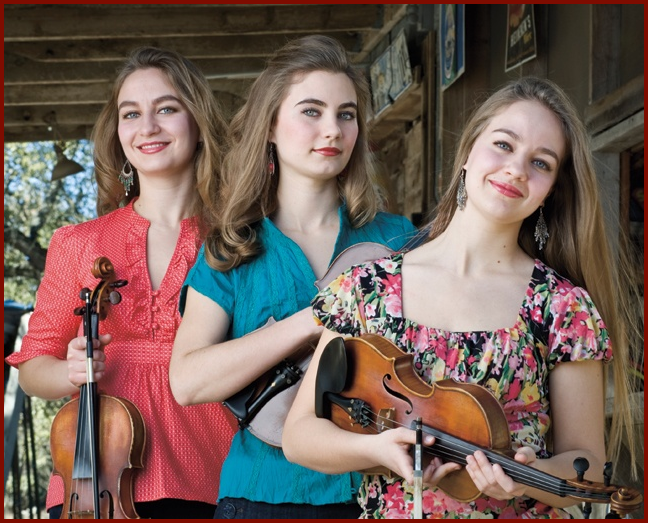 "We differentiate our music as 'Progressive' from simply 'Western Swing' because we aren't trying to sound just like Bob Wills", Grace Quebe explains. "Instead, we continue his vision, playing the style he pioneered in an authentic way by incorporating new genres and songs, interpreting them using our own unique voice through Country instrumentation". The band's stripped-down acoustic instrumentation breathes new life into seasoned sounds found in Texas dance halls and honky-tonks.

Grace continues, "To us, preserving the tradition of Western Swing isn't about keeping something alive like a relic. Western Swing has always been about innovation." Innovation has led the sisters to channel the musical connection between danceability and emotiveness, combining old sounds with new feelings and old feelings with new sounds. It's not nostalgia that drives the band as purveyors of Western Swing, but the aspiration to take the music back to its roots and sustain the spirit of Swing. 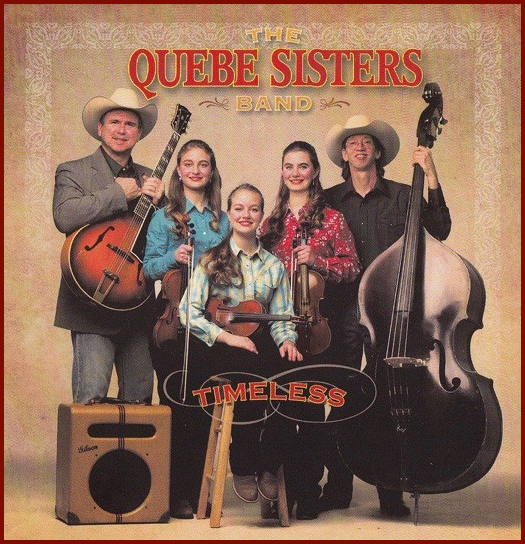 The Quebe Sisters grew up near Fort Worth, Texas. After briefly studying classical violin, in 1998 the sisters switched to fiddle when they attended the North Texas State Fair in Denton, Texas. There they first heard Texas-style fiddling, and afterwards met Joey and Sherry McKenzie, national fiddle champions and founders of the Bob Wills Fiddle Festival & Contest in Greenville, Texas. Soon after, they became students of the McKenzies, and the Quebe family moved to Burleson, Texas in Tarrant County. The sisters studied with the McKenzies for several years and Joey McKenzie became their arranger and a longtime member of their band.

One of the sisters' first paying gigs was in 2000, when Red Steagall heard and invited them to perform at The Red Steagall Cowboy Gathering and Western Swing Festival in the historic Fort Worth Stockyards, a festival to which they returned to perform for 13 years straight. 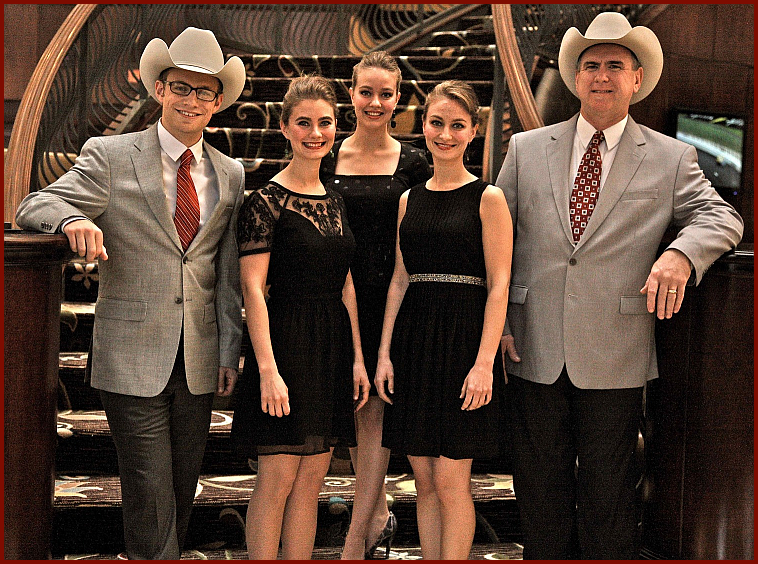 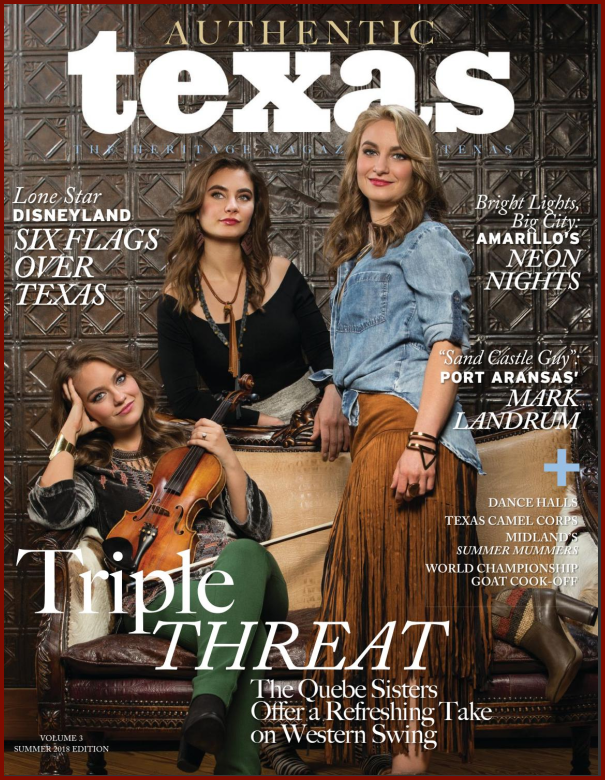 Also in 2003, after hearing them perform backstage at Fort Worth's Bass Performance Hall, Ricky Skaggs invited them onstage during his show, where they played the western swing standard "San Antonio Rose." Afterwards he invited them to perform on the Grand Ole Opry for the first time. Since then they have appeared on the Opry and at the Ryman Auditorium numerous times.

The sisters began touring outside their home region of Texas and Oklahoma in 2004, including performing at the National Folk Festival, then held in Bangor, Maine, a festival to which they returned in 2007. In early 2005 the sisters met Ray Benson of Asleep at the Wheel who was working on a musical about the life of Bob Wills called "A Ride with Bob." Benson invited them to be a part of the production, and their appearances included the shows in Austin, Texas celebrating Bob Wills's 100th birthday, and a weekend in September 2006 at the Kennedy Center with President George W. Bush and First Lady Laura Bush in attendance.

In 2007 The Quebe Sisters performed with Warren Buffett on ukelele singing "Red River Valley" at the Berkshire-Hathaway Annual Shareholders Meeting in Omaha, Nebraska, at the invitation of the Justin Brands western footwear company. That year they also recorded their second album, Timeless, which was recorded at Cash Cabin Studio in Hendersonville, Tennessee, where Johnny Cash and June Carter Cash made their later recordings. Invited by the Cash family to record there, the sisters capitalized on the opportunity to make their vocal debut album arranged and produced by Joey McKenzie. Inspired by the vocal stylings of the Mills Brothers, Timeless featured the sisters' three-part harmony vocals and included songs from the Sons of the Pioneers, Bob Wills & The Texas Playboys, Spade Cooley, and Duke Ellington. 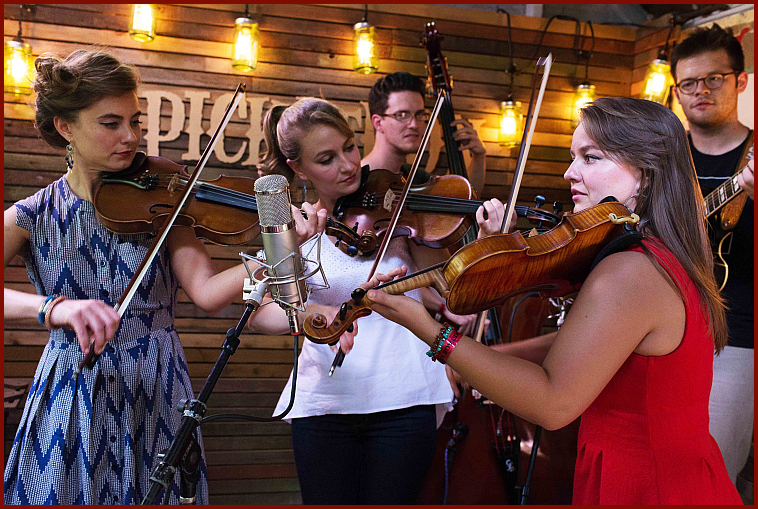 In 2009 The Quebe Sisters appeared on television in Episode 26 of The Marty Stuart Show. That year, the Quebes met twin sisters Penny and Katy Clark backstage at the Grand Ole Opry. After learning that they were fellow Texans, the girls became fast friends and later toured together in 2014 before the Clarks left to continue their own group, The Purple Hulls.

Over the years the band has toured extensively in Canada, and in 2010 the sisters toured in Europe, appearing at events including the Cambridge Folk Festival in England and the Festival Country Rendez-Vous in Craponne sur Arzon, France. In 2012 The Quebe Sisters performed Connie Smith's 1964 debut hit "Once a Day" at Smith's induction into the Country Music Hall of Fame. In March 2013 The Quebe Sisters toured in Russia, including a performance at historic Spaso House, the U.S. Embassy. In 2014 the sisters released their third album, Every Which-A-Way. Recorded at Allegro Sound Lab in Burleson, Texas and produced by Joey McKenzie, it showed a further evolution of the band's reach into a variety of styles, hitting #38 on Billboard's Jazz Albums chart. 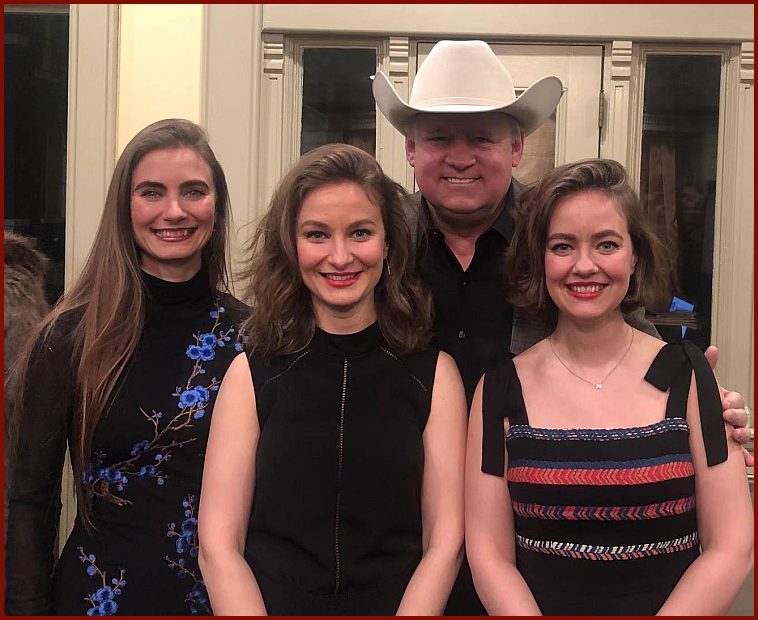 In 2015 The Quebe Sisters and Willie Nelson contributed a track ("Along the Navajo Trail") to the album "Still the King: Celebrating the Music of Bob Wills and His Texas Playboys," a tribute album put together by Asleep at the Wheel. The following year the sisters, along with The Avett Brothers and Amos Lee, both of whom had also contributed to the album, appeared with Asleep at the Wheel on Austin City Limits in a special tribute to Wills.

In a nutshell, combine the musical stylings of The Mills Brothers, The Andrews Sisters, Count Basie, Bob Wills, Ray Price, Willie Nelson, and you have a fusion of none other than The Quebe Sisters.