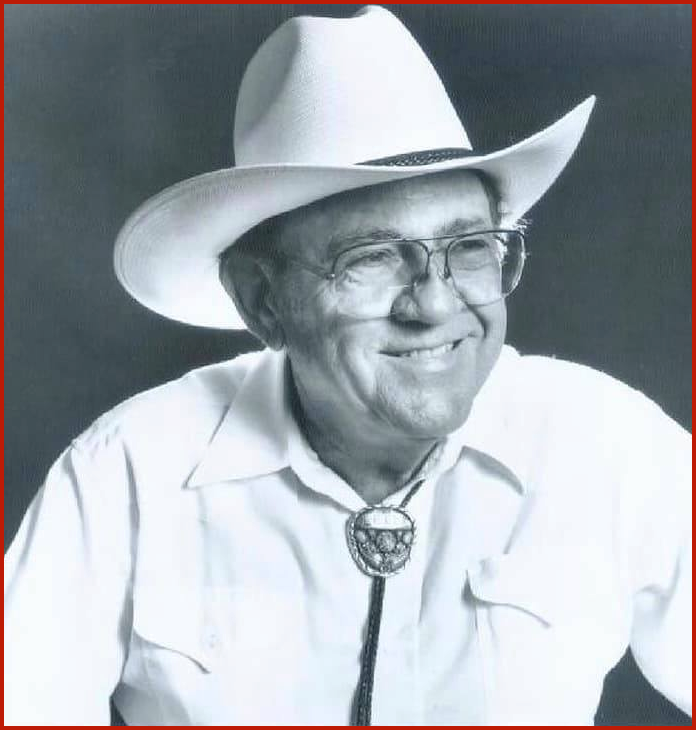 Leon Rausch was an authentic Texas Playboy who performed with Bob Wills in the 1950s and 60s, and recorded with Bob on his final album in 1973. He thrilled Western Swing fans for decades and still continued performing with various Western Swing bands, such as Asleep At The Wheel, up until the young age of 90. 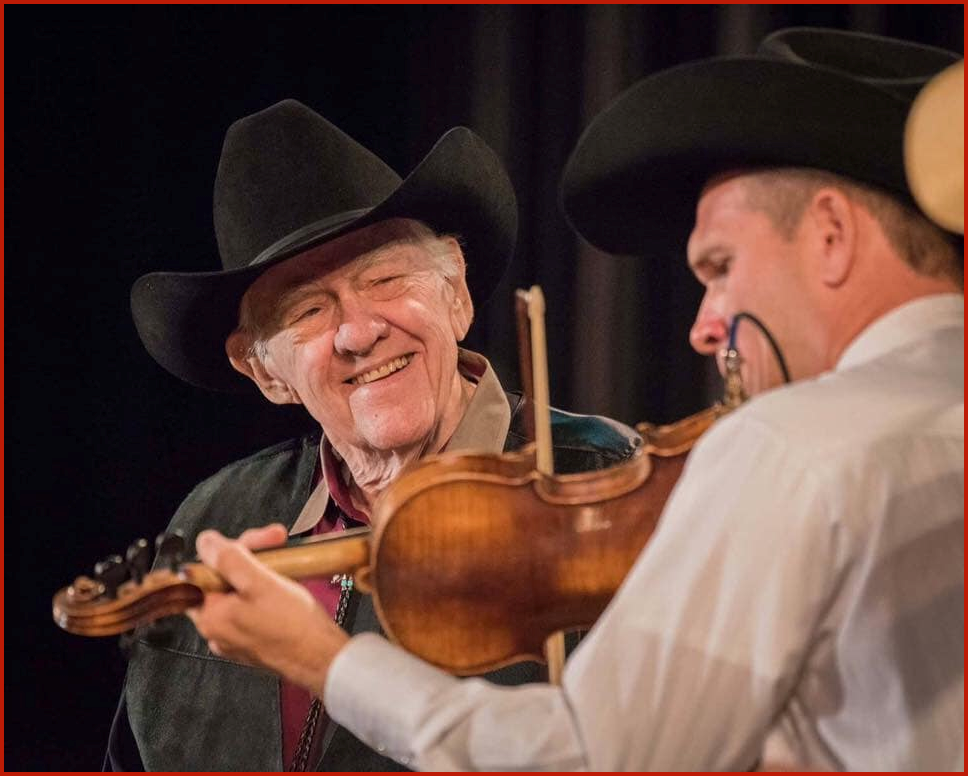 Born on October 2, 1927 in Billings, Missouri, it took Leon many years to become one of the greatest Western Swing vocalists. He played with a number of bands during the lean years of his career, and the 1950s saw him with a Western Swing band in Oklahoma that would travel the United States playing the music he loved.

In 1958, Leon was in Tulsa following his deep love and considerable talent for singing Western Swing music, when he happened upon a fortunate break when he first met Bob Wills. Bob heard Leon sing and immediately asked him to become a Texas Playboy as their new lead vocalist. Leon quickly accepted and joined the band on St. Patrick's Day in 1958. From that point, big things started happening for the Missouri native. 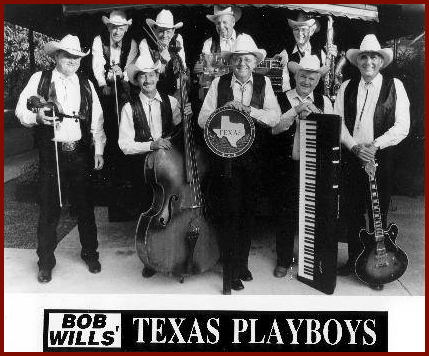 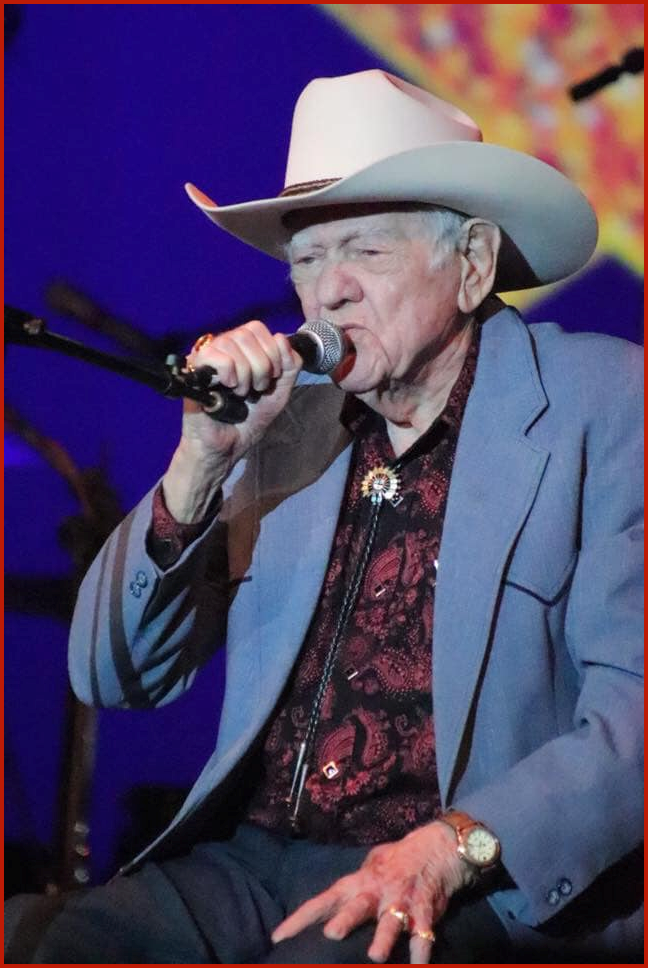 Leon toured with the Texas Playboys throughout the country for the next 15 years, and was their during Bob Wills' health decline when the King of Western Swing suffered two devastating strokes in 1969 and 1973. On the eve of Bob's last stroke, Leon was asked to join the aging Bob Wills, together with Merle Haggard, Hoyle Nix, Jody Nix, Tommy Allsup, Keith Coleman and the Original Texas Playboys Band (Leon McAuliffe on steel guitar, Al Stricklin on piano, Eldon Shamblin on lead guitar, Smokey Dacus on drums and Johnny Gimble on fiddle & mandolin), for their final and finest Grammy Award-winning album ever recorded - "Bob Wills and his Texas Playboys - For The Last Time".

Soon afterward, Bob passed away in 1975 in Fort Worth, and his widow Betty Wills decided to put together some tour dates for this reunited Original Texas Playboys band. Their mission was simply to keep Bob's music alive! The members of this great band were some of Bob's greatest and most admired musicians. And yes, you guessed it right... Leon Rausch was name the lead vocalist!

Leon performed for the Texas Playboys for the group's final concert in November of 1986, a sellout crowd of 8,000 fans at Will Rogers Coliseum in Fort Worth, Texas - the very city where Bob Wills and Milton Brown first created Western Swing way back in 1930. 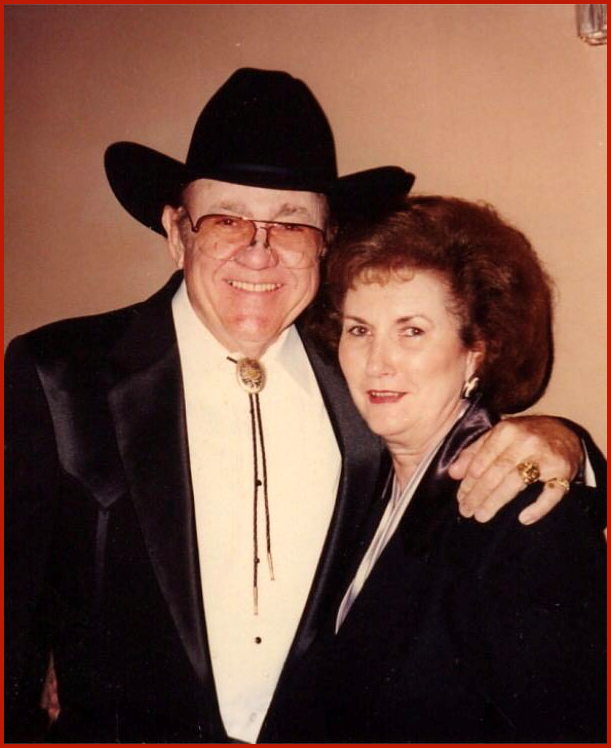 Since then, Leon has continued performing with numerous popular Western Swing bands, and he still returns each year to Bob Wills' hometown of Turkey, Texas on the last weekend of April to perform at the Bob Wills Day celebration. This huge 3 day event attracts Bob Wills fans from all over the world.

Having worked with the legends of our time in country music, Leon was always a first-class artist. His smooth voice and Cowboy Western delivery made him one of the most popular artists in the history of Western Swing. Leon appeared with such famous artists as Glenn Campbell, Roy Clark, Loretta Lynn, Willie Nelson, Waylon Jennings, George Strait, Jim Reeves, Ernest Tubb, Patsy Cline, Mel Tillis, Roy Acuff and many more. He was also featured on the TV show "Austin City Limits" with Willie Nelson, Ray Benson, Jason Roberts and Asleep At The Wheel.

Leon wrote a book co-authored by Dr. John E. Perkins, Jr. titled "Leon Rausch - The Voice of the Texas Playboys", detailing his glory days with Bob Wills. Edgar Leon Rausch lived with his wife of 56 years in Burleson, Texas. He passed away on May 14, 2019 after a long respiratory illness. His peaceful passing was just one day after the anniversary of the death of his good friend Bob Wills.

Leon Rausch - Let's Have A Heart To Heart Talk

Leon Rausch - Keeper Of My Heart