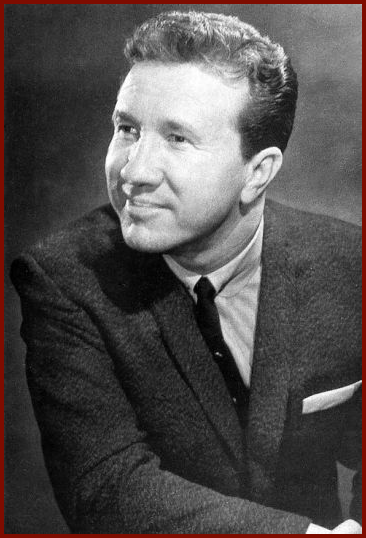 Martin David Robinson (September 26, 1925 - December 8, 1982), known professionally as Marty Robbins, was a Country and Western singer, songwriter, actor, multi-instrumentalist, and race car driver. One of the most popular and successful country and western singers of all time for most of his near four-decade career, Robbins often topped the country music charts, and several of his songs also had huge crossover success as pop hits.

Robbins was born in Glendale, a suburb of Phoenix in Maricopa County, Arizona. His mother was mostly of Paiute Indian heritage. Robbins grew up in a difficult family situation. His father took odd jobs to support the family of 10 children, but his drinking led to divorce in 1937. Among his warmer memories of his childhood, Robbins recalled having listened to stories of the American West told by his maternal grandfather, Texas Bob Heckle, who was a local medicine man and taught young Marty to love and admire the 1930s Western Swing music of Bob Wills & his Texas Playboys. At 17, Robbins left his troubled home to serve in the United States Navy as an LCT coxswain during World War II. He was stationed in the Solomon Islands in the Pacific Ocean. To pass the time during the war, he learned to play the guitar, started writing songs, and came to love Hawaiian music and the sound of the whining steel guitar. 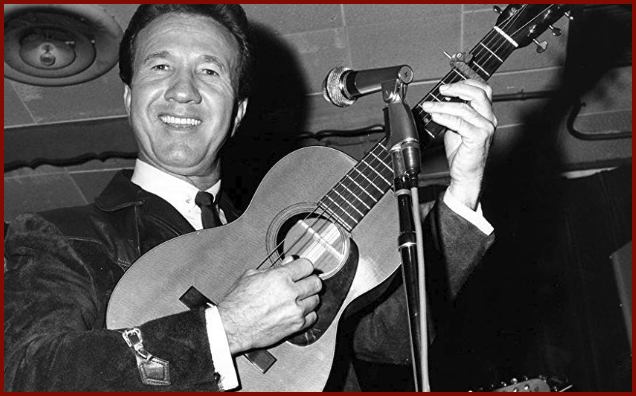 Robbins married Marizona "Mari" Baldwin on September 27, 1948. They had two children, Ronny and Janet, and were married 34 years until his death. After his discharge from the military in 1947 and his marriage the following year, Robbins began to play at local venues in Phoenix, then moved on to host his own show on KTYL and then his own television show on KPHO-TV in Phoenix. After Little Jimmy Dickens made a guest appearance on Robbins' TV show, Dickens got Robbins a record deal with Columbia Records. Robbins became known for his appearances at the Grand Ole Opry in Nashville, Tennessee. Music journalist Mary Harron wrote the following about him in The Guardian:

Although by 1960 Robbins' output was largely country music, his initial hits like "Singing the Blues", "Knee Deep in the Blues", "The Story of My Life", "She Was Only Seventeen", and "A White Sport Coat and a Pink Carnation" were generally regarded as more pop/teen idol material than his hits from 1960 onwards ("El Paso" etc.). His 1957 recording of "A White Sport Coat and a Pink Carnation" sold over one million copies, and was awarded a gold record. His musical accomplishments include the Grammy Award for his 1959 hit and signature song "El Paso", taken from his album Gunfighter Ballads and Trail Songs. "El Paso" was his first song to hit No. 1 on the pop chart in the 1960s. It was followed up, successfully, by "Don't Worry", which reached No. 3 on the pop chart in 1961, becoming his third, and last, Top 10 pop hit. "El Paso" was followed by one prequel and one sequel: "Faleena From El Paso" and "El Paso City". 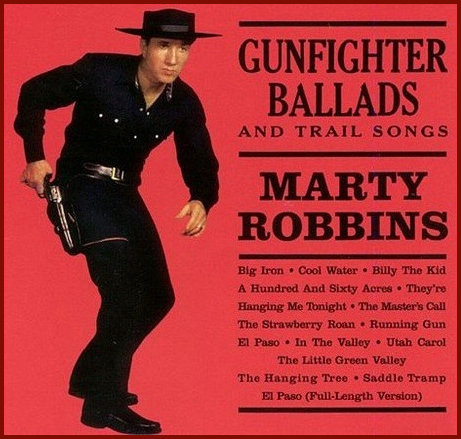 He won the Grammy Award for the Best Country & Western Recording 1961 for his follow-up album More Gunfighter Ballads and Trail Songs, and was awarded the Grammy Award for Best Country Song in 1970, for "My Woman, My Woman, My Wife". Robbins was named Artist of the Decade (1960-1969) by the Academy of Country Music, was elected to the Country Music Hall of Fame in 1982, was given three awards at the 17th Annual Music City News Country Awards in 1983, and was given a Grammy Hall of Fame Award in 1998 for his song "El Paso".

When Robbins was recording his 1961 hit "Don't Worry", session guitarist Grady Martin accidentally created the electric guitar "fuzz" effect - his six-string bass was run through a faulty channel in a mixing console. Robbins decided to keep it in the final version. The song reached No. 1 on the country chart, and No. 3 on the pop chart. Robbins was inducted into the Nashville Songwriters Hall of Fame in 1975. For his contribution to the recording industry, Robbins has a star on the Hollywood Walk of Fame at 6666 Hollywood Boulevard. 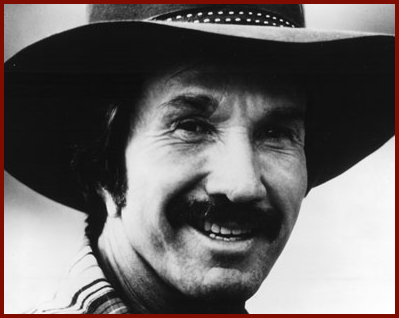 Robbins has been honored by many bands, including the Grateful Dead who covered "El Paso" and Bob Weir & Kingfish who covered "Big Iron". The Who's 2006 album Endless Wire includes the song "God Speaks of Marty Robbins". The song's composer, Pete Townshend, explained that the song is about God deciding to create the universe just so he can hear some music, "and most of all, one of his best creations, Marty Robbins." The Beasts of Bourbon released a song called "The Day Marty Robbins Died" on their 1984 debut album The Axeman's Jazz. Both Frankie Laine and Elvis Presley, among others, recorded versions of Robbins' song "You Gave Me a Mountain", with Laine's recording reaching the pop and adult contemporary charts in 1969. Though Elvis never recorded any of Robbins' songs in the studio, he was a big fan and recorded "You Gave Me a Mountain" live in concert several times; it appeared on 15 Presley albums. 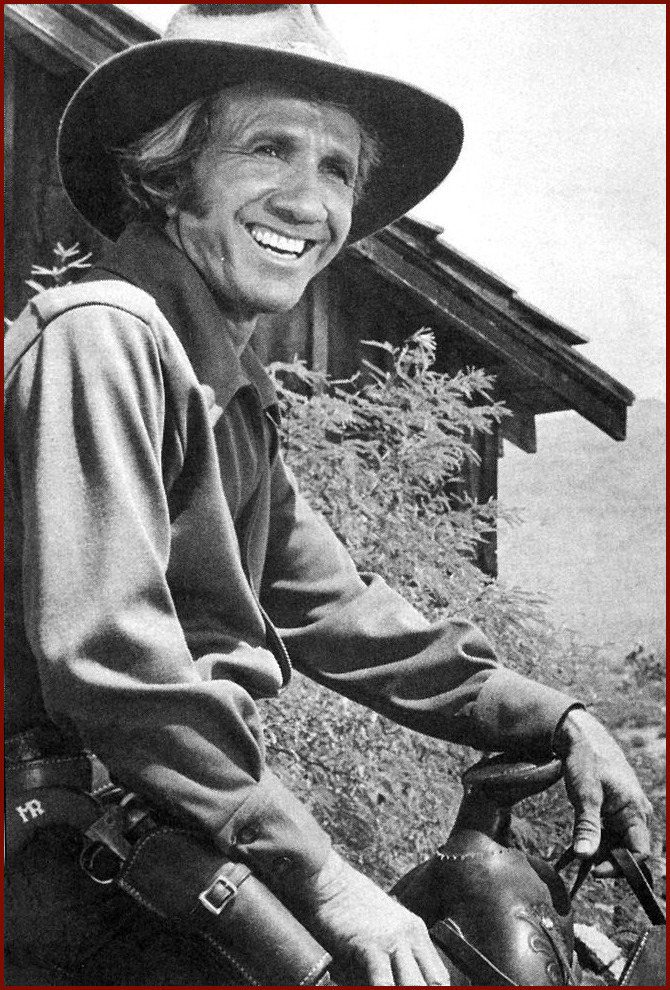 Johnny Cash recorded a version of "Big Iron" as part of his American Recordings series, which is included in the Cash Unearthed box set. Cash also recorded other songs by Robbins, including "I Couldn't Keep From Crying", "Kate" and "Song Of The Patriot". He held Robbins in high esteem, having him guest several times on his network TV show. "Big Iron" was also covered by Mike Ness on his album Under the Influences, on which he paid homage to country music artists. The song, originally released on Robbins' 1959 album Gunfighter Ballads and Trail Songs, gained renewed popularity following its use in the video game Fallout: New Vegas. His greatest song "El Paso" was featured in the series finale of the award-winning AMC TV series Breaking Bad.

In 1980, Robbins appeared on the PBS music program Austin City Limits (season 5). In addition to his recordings and performances, Robbins was an avid race car driver, competing in 35 career NASCAR Grand National (now Monster Energy Cup) races with six top-10 finishes, including the 1973 Firecracker 400. In 1967, Robbins played himself in the car racing film Hell on Wheels. Robbins was partial to Dodges prepared by NASCAR Hall-of-Famer Cotton Owens, and owned and raced Chargers and then a 1978 Dodge Magnum. He was also the driver of the 60th Indianapolis 500 Buick Century pace car in 1976. His last race was in a Junior Johnson-built 1982 Buick Regal in the Atlanta Journal 500 on November 7, 1982, a month before his death.

Robbins developed cardiovascular disease early in life. After his third heart attack on December 2, 1982, he underwent quadruple coronary bypass surgery. He did not recover and died six days later, on December 8, at St. Thomas Hospital in Nashville. He was only 57 years old.