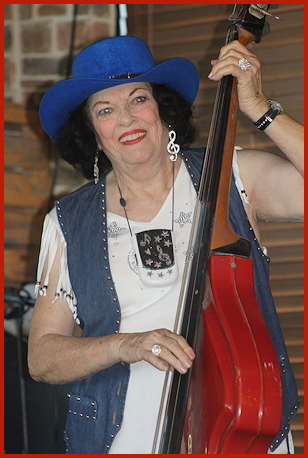 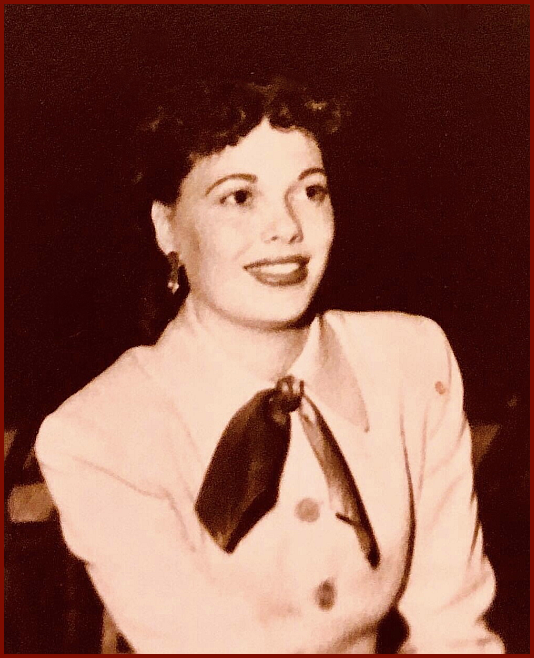 Louise Rowe was always the odd one out in the Texas Playboys' band photos: nine musicians, all wearing cowboy boots and royal-blue outfits from Nudie's of Hollywood, and Louise is the only one in a dress. Rowe was the only female musician in the history of Bob Wills and His Texas Playboys, hitting the road in 1953 and earning a place in Texas music history. "Back then", she says from her home in Euless, "women didn't get into things like that, traveling, playing music. They were still in the kitchen." On April 7 she'll bring her band, Louise Rowe and Her Texan Playboys, to San Marcos for the thirtieth annual Texas Western Swing Hall of Fame weekend, also known as Swing on the Square. Unlike in the fifties, Rowe won't be the only woman swing performer, but she'll be the only one in the middle of her ninth decade.

Rowe was born in Midland, Texas in 1932, but her family moved to Duncan, Oklahoma, where she and her seven older brothers were raised. The boys started the Seven Rowe Brothers, a swing band, and they showed her some things on the bass and guitar (she figured out the rest for herself) while her father, a music teacher, taught her the piano. Soon she began singing with her brothers. The group played in a battle of the bands in Dallas in 1952. The other group competing? Bob Wills and His Texas Playboys. After Rowe sang a song, she watched in amazement as the legendary fiddler walked up to her. "Bob Wills hired me as a singer right on the bandstand", she remembers. 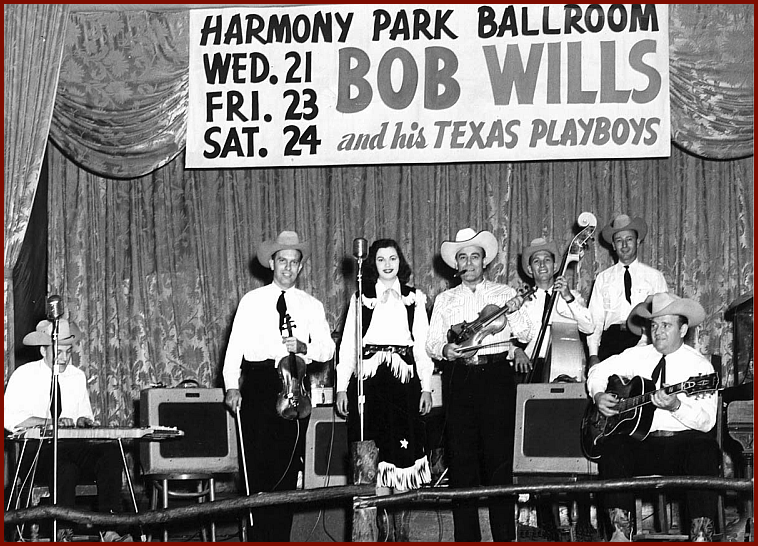 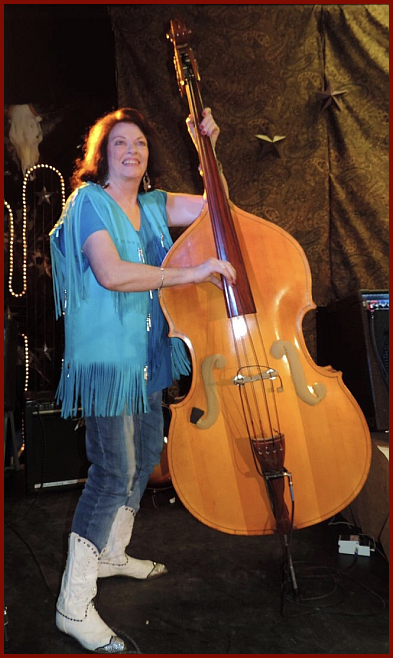 Wills took the big-eyed beautiful brunette on the road for an eighteen-city tour of California. She sang backup as well as lead on songs like "Fool Fool Fool" and "Crocodile Tears." But Rowe didn't just croon. She filled in for guitarist Eldon Shamblin when he didn't show up one night, and on another she relieved bassist Jack Loyd while he sang a song. On a subsequent California tour Loyd quit and Wills hired Rowe to play standup bass full time. When Wills took her to Nudie's of Hollywood to fit her for a suit, her place in history was sealed.

She was a Texas Playboy for a year. Although she never went in the studio to record with Wills, you can hear her on recordings of live radio broadcasts from 1953, both singing and playing. After she left the band, she wrote songs (eventually penning "The Texas Playboy Who Wore a Dress") and performed with various other musicians, including future husband Tommy Allsup in the SouthernAirs. After Rowe's marriage to Allsup ended, she married fiddler Buddy Beasley, and the couple had two daughters. In 1982 she and Beasley came up with a color-coded way of teaching fiddling called "the Buddy System." Rowe also spent much of that decade playing with Al Dressen's Super Swing Revue. 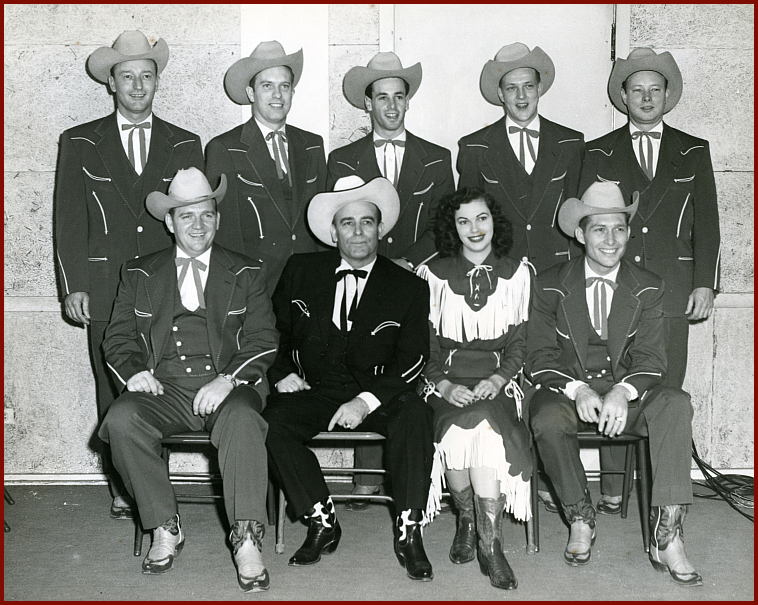 Now 87 and a grandmother, she plays with Louise Rowe and the Texan Playboys every Friday night at the Texan Kitchen in Euless, between Fort Worth and Dallas. She's not the only former Texas Playboy in the group, others include Larry Reed, Casey Dickens, Wayne Glassen, and Billy Briggs (age 93). "I kind of patterned my band after Bob's," she says. "Two fiddles, two horns, two guitars, piano, bass, drums, and a lady singer." And on April 7 and 8 Rowe and her group will head to San Marcos, where she will reunite with Dressen's group and perform with her own band on Saturday afternoon.

Rowe still loves to perform, though she hasn't been immune to the declines of age. A few years ago she developed a tremor in her vocal cords and can't sing anymore. But she never gave up playing her standup bass which she says she plays like she did 65 years ago. "I still play it like I was a teenager," she says, laughing. "I still dance with my bass." She looks back with fondness and a sense of humor at her career, which earned her an induction into the Texas Western Swing Hall of Fame as well as a Living Legend Award from the Cowtown Society of Western Music. "It's not that I'm the greatest in the world," she says. "I was in the right place at the right time. I considered myself one of the guys." 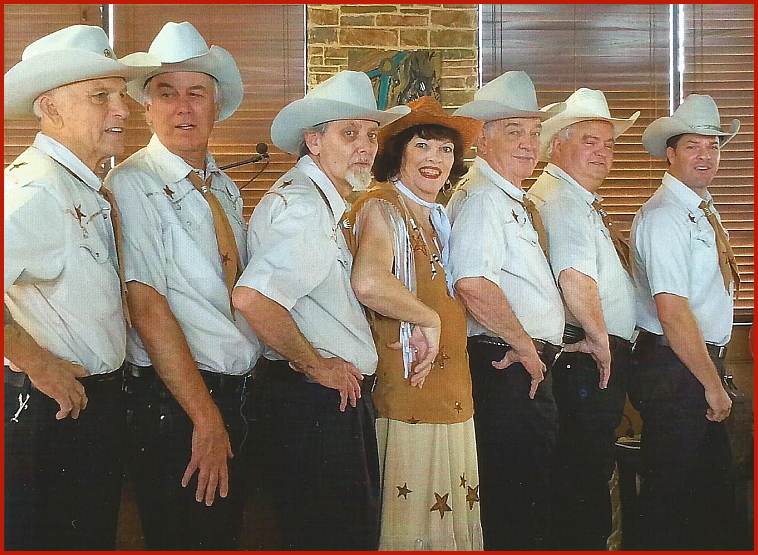 The Texas Playboys that Wore a Dress