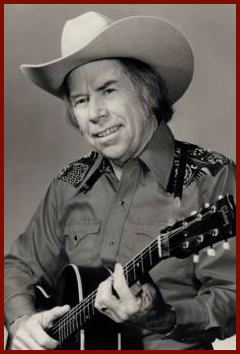 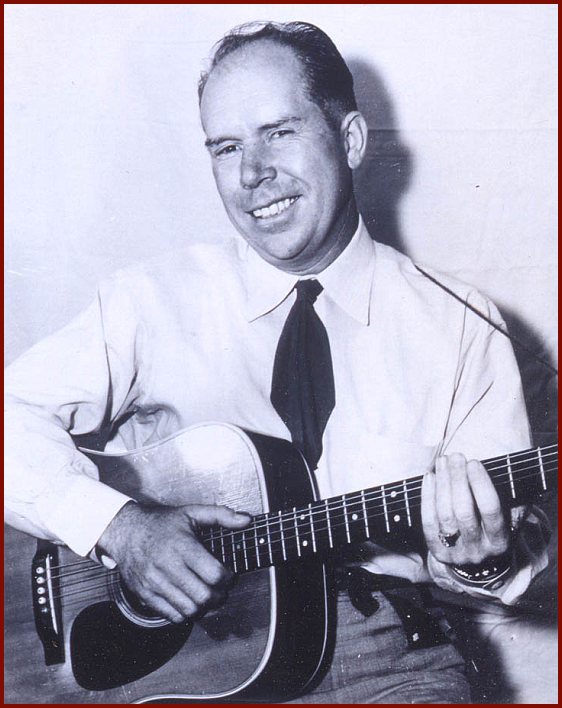 Floyd Tillman (December 8, 1914 - August 22, 2003) was a singer, songwriter and guitarist who, in the 1930s and 40s, helped develop Western Swing and was one of the pioneers of the honky-tonk sound. He wrote over 1,000 songs, was one of the earliest country writers to have his songs become crossover hits, and had a style that became a major influence on generations of musicians. Revered for his songwriting, guitar playing and jazz-inflected vocal stylings, Tillman rose to prominence just before and during World War II. His best-known song was the daring-for-its-time-with its approach to adultery-"Slippin' Around" (1949). Tillman was inducted into the Nashville Songwriters Hall of Fame in 1970 and the Country Music Hall of Fame in 1984.

Tillman grew up in the West Texas Cowboy cotton-mill town of Post, Texas as a sharecropper's son. One of his early jobs was with Western Union as a telegraph operator. In the early 1930s He played mandolin at local ranch dances and eventually took up the guitar. 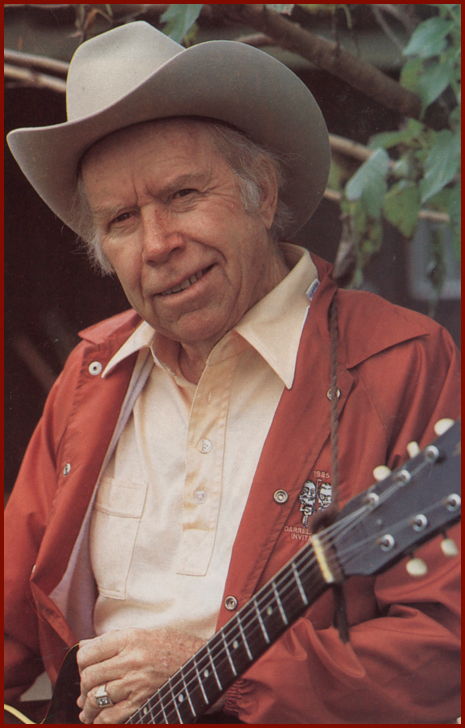 Tillman moved to San Antonio and played lead guitar with Adolph Hofner & his Texans, a pioneering Western Swing and Czech-Bohemian Polka band, and honed his songwriting and singing skills. He famously offered Hofner a new song he had written called "It Makes No Difference Now" for just $10. Hofner turned down the offer and just one year later the song became a national hit for Gene Autry when he sang it in his movie - Mountain Rhythm. Shortly afterward, Floyd took a job with Houston pop bandleader Mack Clark in 1938 and played with Western Swing groups fronted by Leon "Pappy" Selph and Cliff Bruner & his Wanderers. He also worked with Ted Daffen and the great singer and Swing jazz piano player Moon Mullican.

Tillman recorded as a featured vocalist with Selph's Blue Ridge Playboys in 1938, that same year Floyd scored his first major songwriting hit, "It Makes No Difference Now", giving him his own Decca recording contract. In the years that followed, the song was also cut by such luminaries as Eddy Arnold, Bing Crosby, Gene Autry, Ray Charles, Willie Nelson, Hank Snow, Hank Thompson, Burl Ives and the Supremes. In what must rank as one of the worst deals of all time, Tillman sold his share of this song to co-writer Jimmie Davis (soon to be Governor Of Louisiana) for a paltry $300 and did not get his rights back until 28 years later. 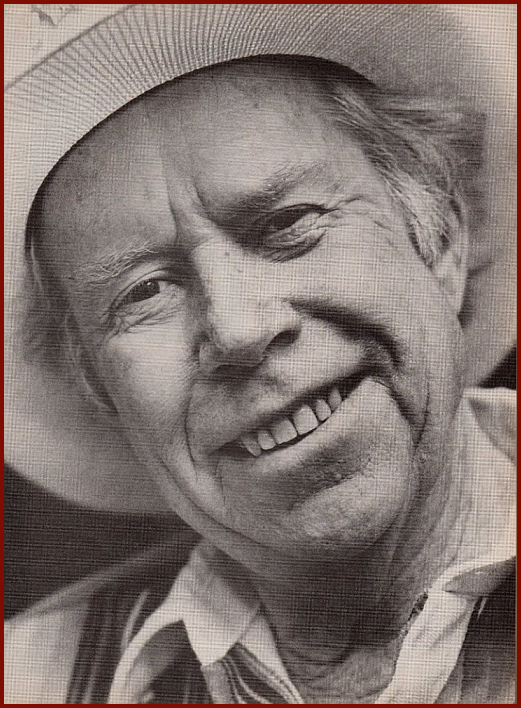 Tillman's only No. 1 one song as a singer was "They Took the Stars Out of Heaven". It reached the top of the charts in 1944. Previously, he had reached No. 2 with "I'm Gonna Change All My Ways". His 1944 hit, "Each Night At Nine", struck a chord with lonely servicemen during World War II. Axis Sally and Tokyo Rose played it heavily to encourage desertion.

A big hit for Tillman and also for Jimmy Wakely was 1948's "I Love You So Much It Hurts". His 1949 "Sippin' Around", one of the first country western "cheating" songs, was a huge hit for Tillman and even a bigger smash hit for the Texas Troubador Ernest Tubb, as well as for Texas Jim Robertson and the duo of Margaret Whiting and Jimmy Wakely. Tillman wrote and sang another successful hit with his own answer, "I'll Never Slip Around Again", as it did for the Whiting-Wakely duo. 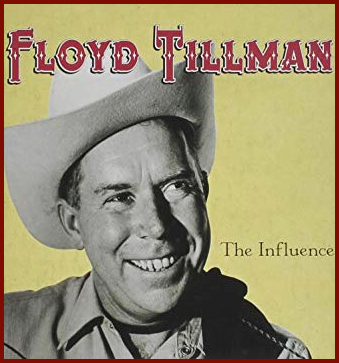 He slowed down on his live performance appearances in the early 1950s, although he appeared on ABC-TV's Jubilee USA in 1958 and 1959. 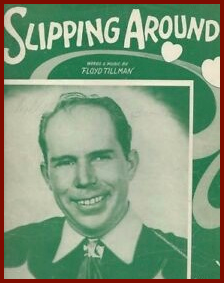 It was produced to huge success and critical acclaim by Western Swing and Honky Tonk singing legend Justin Trevino on Heart of Texas Records.

Among the many other artists who have recorded Tillman's songs over the years are Vic Damone, Red Foley, Mickey Gilley, Andy Williams, Marie Osmond, Glen Campbell and Ray Anthony.

Speaking about Tillman to the Austin American-Statesman's Michael Corcoran, Willie Nelson said, "He was a great, great writer. You could tell right away that his music wasn't the typical country music of the time. He had some of those Django [Reinhardt] rhythms in his guitar playing, and he was singing about subjects that just weren't being sung about at the time."

Floyd Tillman died just after creating his masterpiece collaborative album on Friday, August 22, 2003 at his home in the Houston suburb of Bacliff, Texas. He was 88 years old and had been suffering from leukemia. He was survived by sons Larry Floyd and Donald Frank.

It Makes No Difference Now with Mel Tillis