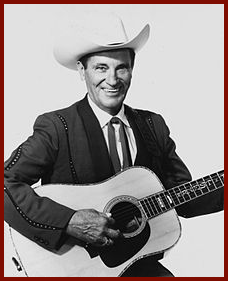 Ernest Dale Tubb was born February 9, 1914, near the small town of Crisp in Ellis County, Texas, and died September 6, 1984 in Nashville, Tennessee. Ernest was the youngest of five children of Calvin Tubb, the foreman of a 300-acre cotton farm, and his wife Sarah. In 1920 the family relocated to Benjamin, and then moved again, to Kemp, in 1925. The following year, his parents divorced and initially he stayed with his mother when she moved to her brother's farm near Lively. His mother, a very religious woman who was one-quarter Cherokee, played the piano and organ and sang hymns around the farms and at the local church. Ernest's education suffered and he later related that he only went to school when he could not find work. In 1928 he heard a recording of Jimmie Rodgers singing one of his blue yodels. He was immediately fascinated and quickly decided that he wanted to be a singer; he began to learn Rodgers' songs and whenever he had the money, he bought his records. 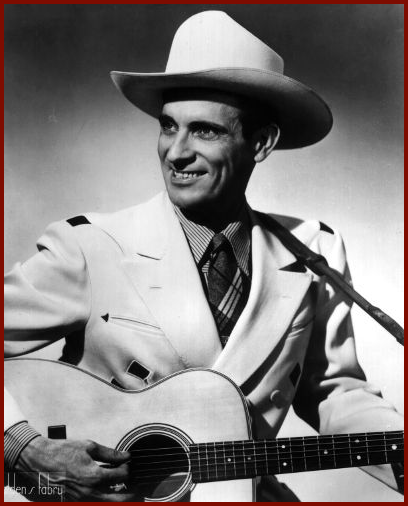 In 1930 after his mother remarried, he travelled around, working on various tasks and living at different times with married siblings or his remarried father. Early in 1933, while working on the roads near Benjamin, he became friendly with a young guitarist called Merwyn 'Buff' Buffington, who liked Tubb's singing but suggested he should learn to play guitar. He bought his first guitar from a pawnshop in Abilene, Texas and Buffington taught him his first chords. In May 1933 Tubb was greatly distressed by the death of Jimmie Rodgers, although the event served to strengthen his resolve to emulate his idol. He moved to San Antonio, where he lived with his brother Calvin. He also renewed his acquaintance with Buffington, who at the time was playing guitar with the Castleman Brothers (Joe and Jim) on Radio KONO. He persuaded Tubb to make some appearances as guest vocalist with them, which led to him being offered his own twice-weekly early morning show. On May 26, 1934 he married Lois Elaine Cook (1916 - 2001). Still very much the Rodgers imitator, he decided to contact Jimmie Rodgers' widow; Carrie Rodgers was impressed with Tubb and not only gave him a picture, but also showed him many of her late husband's possessions and agreed to listen to his radio show. She also offered to help him with his career, and in 1936 she loaned him one of Jimmie's C.F. Martin guitars. 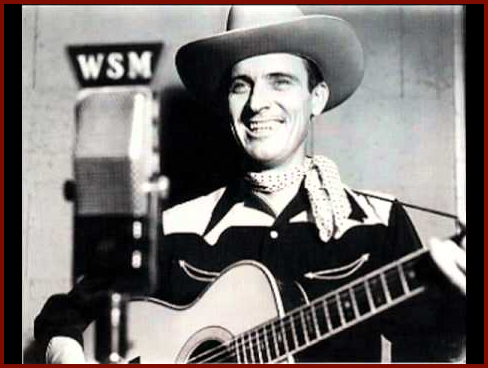 In October of that year, mainly owing to her influence with her late husband's label, Tubb made his first recordings for RCA Records (she later gave him the guitar, which, after using it for many years, Tubb eventually donated to the Country Music Hall Of Fame Museum). The first two of the six songs he recorded were tribute songs written by Elsie McWilliams, Rodgers' sister-in-law; the others were self-penned numbers. RCA released the first two but sales were poor. A further session in March 1937 saw another single released but again sales were poor. These two singles are so scarce that they represent the most collectable recordings of Tubb's entire career (the other RCA tracks were not released until 1942, by which time Tubb was a known artist). He played countless small venues and appeared on various radio stations as he struggled to keep his family, which by now comprised Justin (b. 1935) and Violet Elaine (b. 1939). (His son Roger Dale (b. 1938) had died in a car crash when only seven weeks old.) 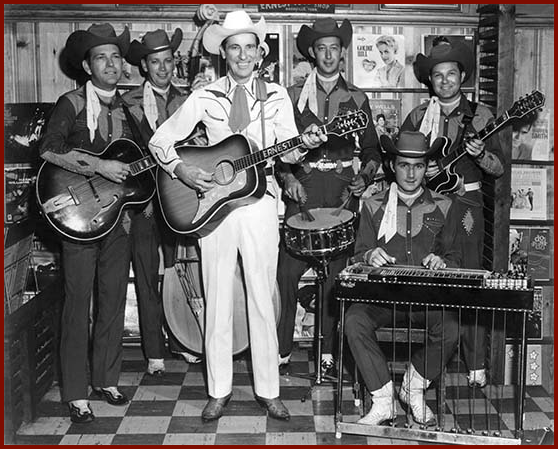 In spite of Carrie Rodgers' help, it was not until April 1940 that Tubb recorded again, this time for Decca Records. By now his style and sound had changed, owing to the fact that late in 1939 his tonsils had been removed, taking with them his ability to yodel. This effectively stopped him from being a Rodgers clone and he began to develop his own identity (in later years, he recalled the event with his song 'He Took 50 Dollars And My Yodel, When He Took My Tonsils Out'). Decca were impressed enough to record further sessions. Just like Bob Wills and Milton Brown got their start ten years earlier on Fort Worth radio promoting Light Crust Flour, Tubb was sponsored by another Fort Worth flour company and began touring and appearing on KGKO Fort Worth as the Gold Chain Troubadour. Tubb continued to write songs with inspiration from his heroes Rodgers, Tommy Duncan and Wills, and in April 1941, using a backing that included the electric steel guitar of KGKO's Fort Worth staff guitarist Fay 'Smitty Smith', he recorded six more numbers. After some argument with Decca over which song to release first, Tubb's choice of 'Walking The Floor Over You' was accepted. In the first year it sold 400, 000 copies and went on to become a million-selling record and Tubb's greatest hit. In 1941 he sang it and three more songs in the Charles Starrett film Fighting Buckeroos, and in 1942 he appeared with Starrett again in Ridin' West. 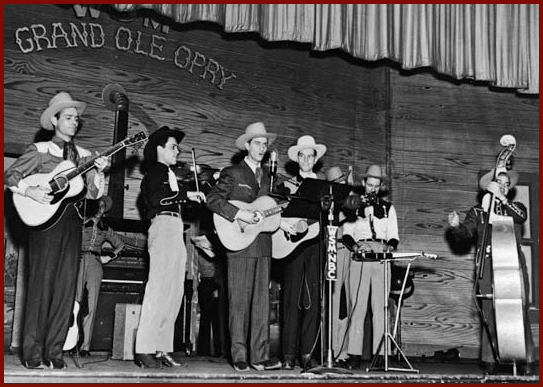 That same year, his popularity secured him a release from his Gold Chain contract and he moved to Nashville. By January 1943 the Grand Ole Opry had a new honky-tonk singer who dared to follow Bob Wills' innovation by using an electric lead guitar on that sacred stage. When a union strike stopped recordings in 1942 and 1943, he toured extensively on various shows, including tours with Pee Wee King, but he was soon fronting his own band, the Texas Troubadours. In 1944 he appeared in the film Jamboree and the same year, making his first recordings with his own band, he gained his first US country chart number 1 and a pop chart number 16 with 'Soldier's Last Letter'. In February 1946 he was probably only the second modern country artist ever to record in Nashville, Decca having recorded Red Foley the previous year. In 1947, he opened the now world-famous Ernest Tubb Record Shop in Nashville and started his Midnight Jamboree, initially on the Opry, but before long the show was being broadcast direct from the actual record shop itself. He also headlined the first ever country music show held in New York's Carnegie Hall, telling the audience: 'This place could sure hold a lot of hay'. He continued to tour and record and by the end of 1948 he had amassed 16 country Top 5s, including two more number 1s with 'It's Been So Long, Darling' and 'Rainbow At Midnight', and four songs had made the pop charts. His popularity was increased even further in 1949, when he tallied 12 chart entries (11 Top 10 hits) including number 1 hits with 'Slippin' Around' and 'Blue Christmas', and duet hits with Red Foley ('Tennessee Border No. 2') and the Andrews Sisters ('I'm Biting My Fingernails And Thinking Of You'). Bing Crosby even asked to record with him but the session never materialized (Bing did record 'Walking The Floor Over You' and in 1960 it also became a UK pop hit for Pat Boone). 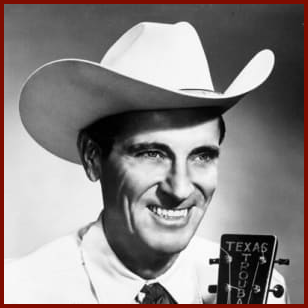 In 1948 Tubb's first marriage ended in divorce but in June 1949, he married Olene Adams Carter (this marriage lasted 26 years and produced five children). Tubb was always ready to offer a helping hand and in 1950 he helped fellow Rodgers admirer Hank Snow to appear on the Grand Ole Opry. He had befriended Hank Williams when he first broke into country music and in 1953, he sang 'Beyond The Sunset' at Williams' funeral. During the 50s he maintained a rigorous touring and recording schedule. By the end of the decade, although only achieving one number 1 with his duet with Red Foley of 'Goodnight, Irene', he totalled 34 hits, the majority being Top 10s. Major hits included 'I Love You Because', 'Driftwood On The River' and 'Missing In Action'. In 1953 he and Hank Snow, Danny Dill and Lew Childre were the first country acts to tour a live war zone when they played about 40 shows in Korea, many in the open air and within range of enemy guns. Tubb had been advised not to go - on his return his health suffered and for a time he was unable to perform. By the mid-50s, his eldest son Justin Tubb, then establishing himself as an artist and songwriter, became involved with the business organization. 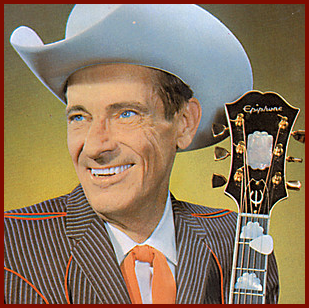 The hits slowed in the 60s but Tubb's popularity did not, and in spite of his health problems, he kept up a rigorous touring schedule and hosted his network television show. His hits at this time included 'Thanks A Lot', 'Pass The Booze', his nostalgic 'Waltz Across Texas' and a duet with Loretta Lynn titled 'Mr. & Mrs. Used To Be'. In 1965, in recognition of his important contribution to the music, he became the sixth member of the Country Music Hall Of Fame. The many songs that he had written and successfully recorded also led to him being one of the first writers elected to the Nashville Songwriters' International Hall Of Fame when it was founded in 1970. During the 70s he played the Grand Ole Opry, hosted the Midnight Jamboree and in spite of the worsening effects of the emphysema that had first developed in 1965, he still kept up a touring schedule that would have taxed younger men.

He finally parted company with Decca and in 1979, to mark his 65th birthday, Pete Drake masterminded a tribute on First Generation Records called Ernest Tubb: The Legend And The Legacy, on which various stars overdubbed vocal contributions on Tubb's recordings (Tubb was not informed until the project was completed). The album became a bestseller and singles of a Tubb and Willie Nelson duet of 'Waltz Across Texas' and a joint Merle Haggard, Chet Atkins, Charlie Daniels and Tubb version of 'Walking The Floor Over You' both charted. 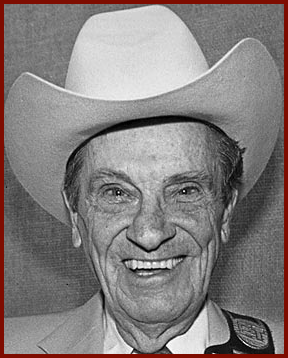 It was initially released as a double album but ran foul of various claims of conflicting contractual details or unauthorized performances. It was subsequently withdrawn and copies supposedly destroyed. Record One of the original issue soon reappeared as a single album on Cachet, minus only a single track - the Nelson/Tubb duet. By 1982 his failing health forced him to retire. In the last year of touring, he had to rest on his bed in his customized touring bus and take oxygen between and during shows (ironically similar to the latter days of the career of his idol, Jimmie Rodgers, almost 50 years earlier). He made one of his last recordings in 1982, when he spoke a line on the Waylon Jennings and Hank Williams Jr. song 'Leave Them Boys Alone'.

Ernest Tubb died in September 1984 of emphysema and related complications in Nashville's Baptist Hospital. He was buried on September 10 in Nashville's Hermitage Memorial Gardens. Over the years the Texas Troubadours included some of country music's finest musicians, such as Jimmie Short, Leon Rhodes, Billy Byrd, Jerry Byrd and Red Herron. Two others, Jack Greene and Cal Smith, went on to successful solo careers. Ernest Tubb registered in total 91 country chart hits, of which only 17 failed to reach the Top 20. His distinctive growling vocals, in a voice that deepened but softened as the years went by, usually began somewhat off-key, and by some unique means, he managed to use this flatness to emphasize and convey the songs, whether they were happy or sad. After starting out as a blatant imitator, no one could deny that he became a completely original and unique artist.

I'm Walking the Floor Over You

Drivin' Nails in my Coffin