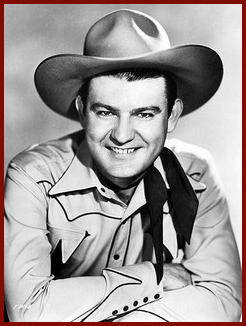 Sollie Paul "Tex" Williams (August 23, 1917 - October 11, 1985) was an American Western Swing musician from Ramsey, Illinois. He is best known for his talking blues style; his biggest hit was the novelty song, "Smoke! Smoke! Smoke! (That Cigarette)", which held the number one position on the Billboard charts for sixteen weeks in 1947. 'Smoke' was the No. 5 song on Billboard's Top 100 list for 1947, and was No. 1 on the country chart that year. It can be heard during the opening credits of the 2006 movie Thank You For Smoking.

His father was a keen fiddler, and by the time Tex was 13 years old, he had mastered the guitar and had a local radio programme as a one-boy band. He toured with the Reno Racketeers but he soon turned to Hollywood. 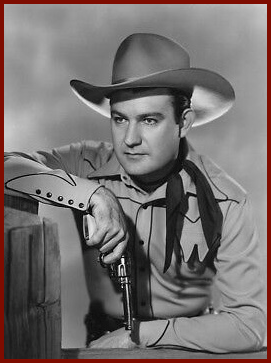 In 1940 he appeared alongside Tex Ritter in Rollin' Home To Texas and then made a long chain of westerns, many of them Saturday morning serials. He managed to overcome his limp, a legacy of childhood polio, and he became known as 'Tex', as, presumably, Illinois Williams did not have the same ring.

Williams started his Western Swing singing career in the early 1940s as lead vocalist for the self-proclaimed King of Western Swing bandleader Spade Cooley. The band payed at the Venice Pier Ballroom in Southern California, where they packed thousands of fans each weekend for their Western dances. 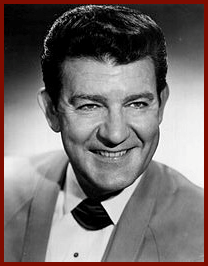 In addition to being the lead singer, Williams played stand-up bass with Spade Cooley's band, establishing himself national fame singing Cooley's 1945 Western Swing hit, 'Shame On You'. They attained an enviable level of fluid interplay between electric and steel guitars, fiddles, bass, accordion, trumpet, and other instruments (even an occasional harp). They also recorded polkas for Capitol Records with limited success. Their biggest hit which became Capitol Records first million record seller came in 1947 wirth 'Smoke, Smoke, Smoke (That Cigarette)' written together by Tex and Merle Travis. As his songs often praised smoking, he became known as 'The Man Who Sings Tobacco Best', but this was before the link between cigarettes and cancer was known.

In 1948, Williams had success with another narration, 'Life Gits Tee-jus, Don't It?', but the composer Carson Jay Robison took the main honours. Williams' other successes included the cover of a Bob Wills' classic, 'That's What I Like About The West', and also 'Never Trust A Woman', 'Don't Telephone, Don't Telegraph, Tell A Woman', 'Suspicion' and 'Talking Boogie'.

He and his later formed Western Caravan band played dancehalls all over the USA and he promoted Nudie's stage suits, helping Nudie become the tailor to country stars. 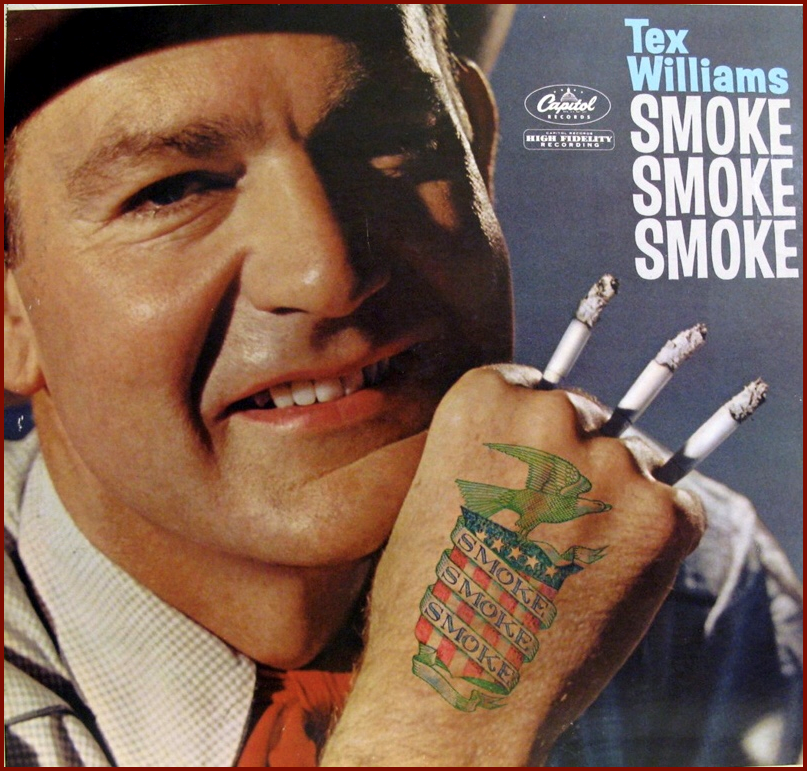 In April 1956 Williams appeared on the Chrysler-sponsored CBS TV broadcast 'Shower of Stars'. His 1963 album, Tex Williams In Las Vegas, was recorded at the Mint Club in 1963, featuring Glen Campbell and produced by one of Buddy Holly's Crickets, Tommy Allsup. His subsequent singles included 'Too Many Tigers', 'Bottom Of The Mountain', 'The Night Miss Nancy Ann's Hotel For Single Girls Burned Down'.

Tex's constant smoke, smoke, smoke of cigarettes finally caught up with him, and he died of lung and pancreatic cancer on October 11, 1985 at his home in Newhall, California.

Take Me Back To Tulsa - Tex Williams & Spade Cooley